Why Should We Care About Lyme Disease: A Colorful Tale of Government Conflicts of Interest, Probable Bioweaponization, and Pathogen Complexity 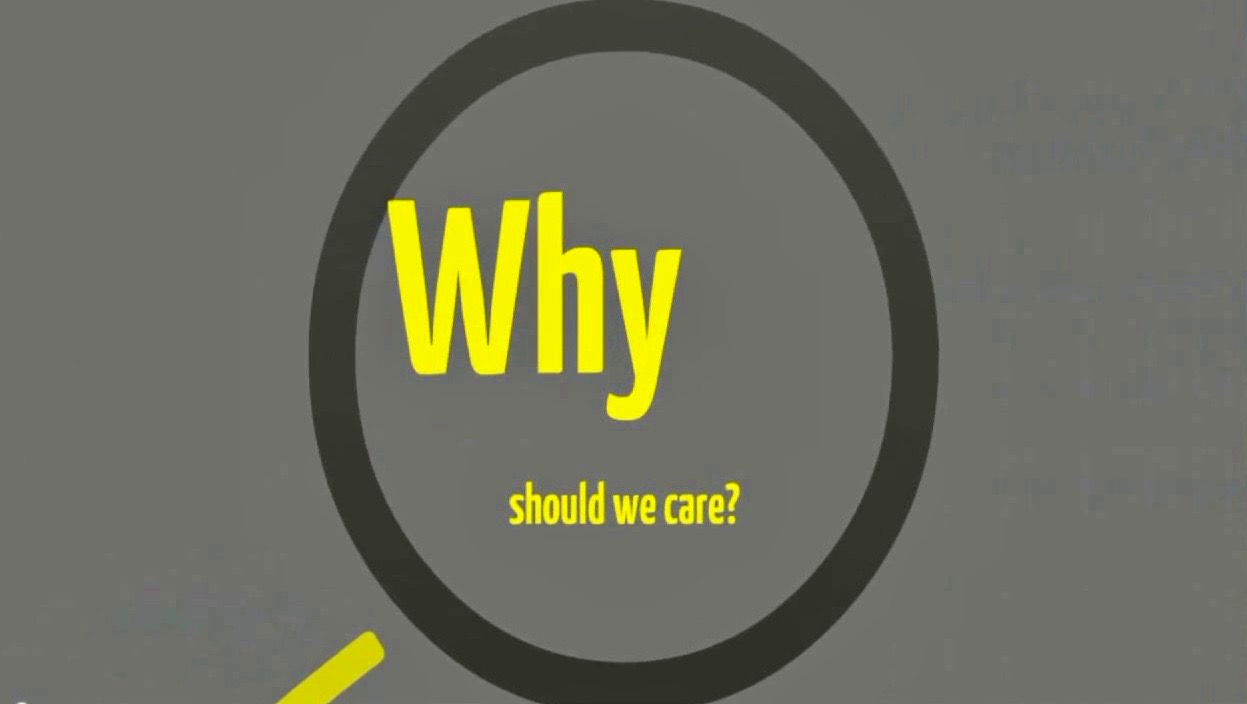 Why Should We Care About Lyme Disease?

A Colorful Tale of Government Conflicts of Interest, Probable Bioweaponization, and Pathogen Complexity

According to a report, one million are predicted to get Lyme disease in the U.S. and 2.4 million in Europe. This makes it more prevalent than Breast Cancer, AIDS, West Nile Virus, H1N1, and Ebola.  Authorities warn that ticks transmitting Lyme disease are spreading rapidly and to new geographical areas.  Nearly everyone is exposed to ticks just from gardening or hanging out in your backyard. And due to COVID-19 isolation, more and more people are getting outside which puts them at a higher risk for tick exposure.

Lyme disease was described in Europe as far back as the 1800’s as causing dermatological, neurological, rheumatological, and neuropsychiatric problems, but this early history has largely been lost and forgotten. It wasn’t until 1965 when Polly Murray began to be plagued by mysterious ailments, followed by the rest of her family and others in her hometown of Lyme, Connecticut that it began to get noticed. Unable to obtain help from doctors, she began a personal investigation and contacted the state health department.

This eventually led to the 1982 discovery of the etiologic agent of Lyme neuroborreliosis in the Ixodid hard tick by Willy Burgdorfer.  Borrelia burgdorferi (Bb), named after it’s discoverer is commonly known as Lyme disease after the town, and is mostly transmitted by ticks although there is research to indicate sexual as well as congenital (mother to fetus) transmission. Bb has also been found in mosquitoes, horse flies, and deer flies amongst others. 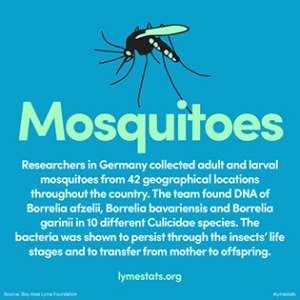 What Exactly is Lyme Disease?

There are two answers to this question.

The first answer is the accepted narrative from our public health officials at the Centers for Disease and Control and Prevention (CDC), whom direct medical doctors regarding testing, diagnosis, and treatment. In lockstep with the CDC is the Infectious Diseases Society of America (IDSA). This accepted narrative simplistically states that a singular bacterium, Borrelia burgdorferi, from the bite of an infected tick causes a “classic” bullseye rash, fever, headache, and fatigue and merely requires 21 days of doxycycline to be cured.  While the CDC website states Lyme is diagnosed based on symptoms, physical findings (e.g., rash), and tick exposure, history has repeatedly shown a heavy reliance upon faulty testing that misses 70% of cases. This makes perfect sense due to the fact there are 300 strains of borrelia and counting worldwide, with 100 strains and counting in the U.S. Current CDC testing only tests for ONE strain. The website makes it clear that only “validated” testing should be used. 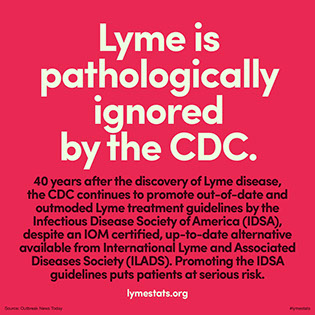 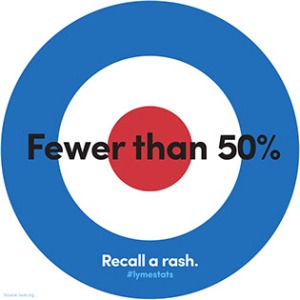 The second answer is based upon real-life experience with patients which defies the accepted narrative. For this reason some doctors have formed their own group called the International Lyme and Associated Diseases Society (ILADS) which has differing guidelines and indeed an entirely different paradigm regarding tick-borne illnesses.  These doctors primarily diagnose clinically based upon symptoms but also use smaller CLIA-certified labs for more sensitive testing. In brief, these doctors have observed that Lyme disease can be relapsing in nature and persistent in the body making the CDC mono-therapy insufficient. Research has shown that not only are ticks coinfected with numerous pathogens but in fact patients are coinfected as well, further demonstrating the ineffectiveness of CDC treatment. 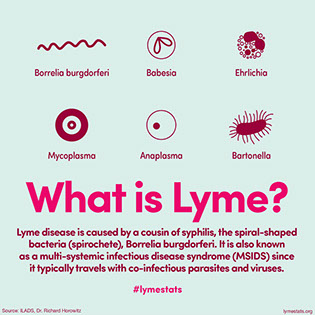 Why is There Polarization in the Medical Community Regarding Lyme Disease?

Recently, epidemiologist Dr. Wittkoski stated that money for research prior to the discovery of Lyme disease used to be independently obtained, but since has become ever more dependent upon government grants. The gate-keeper of this $5 billion annual pot of money is NIAID’s Dr. Anthony Fauci who has held this powerful position since 1984, which is in the same timeline as Lyme disease. Fauci is a fan of “big science” or randomized controlled trials (RCTs) as well as in a simplistic germ theory where one germ is solely to blame with one treatment curing it. Lyme disease often does not fit into this simplistic four cornered box.  It is also clear that those entrusted with public health have severe conflicts of interest owning patents on everything from test kits and vaccines, to the very pathogens they study to create products from which they profit financially, all the while making public health policy. They also own the patents on their approved and required “validated” testing that they have rigged for their patent purposes.

A group within the CDC has even documented a litany of interagency corruption.  Not listed; however, is the long and sordid mismanagement of Lyme disease, including the infamous Lyme guidelines, which have become literal mandates used to punish doctors who test and treat differently. An investigative journalist, while suffering with Lyme disease herself, found that 9 of the 14 panel members that created the CDC Lyme disease guidelines have financial conflicts of interest. Another infected science journalist found that U.S. government agencies, including the CDC, the NIH, and the DOD own partial rights to revenue from more than a third of 56 patents deemed significant for Lyme disease vaccines and tests. 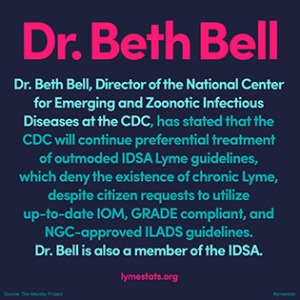 Further demonstrating this corruption is the fact there is a literal Cabal doing all the research for Lyme disease that protects each other and the accepted narrative.  Research funding for tick-borne illness is scant and therefore highly competitive. It is common knowledge that in order to receive government funding you must toe the line and parrot the accepted CDC narrative.

Recently, there has been push-back.

Thousands of other patients with Lyme disease have also been denied medical coverage due to the unscientific, antiquated, and tyrannical CDC Lyme guidelines. Insurance companies hide behind these guidelines and are the ones who call and rat doctors out who depart from them to state medical boards who then complete in-depth investigations which can lead to hefty fines, educational requirements, and even loss of medical licensing.  The real reason behind this is quite simple: insurance companies don’t want to pay.

Why Lyme Disease is Complicated

Both factions agree on two things: 1) it’s best to simply avoid ticks in the first place with preventative measures. 2) if bitten, the earlier the diagnoses and treatment is, the better the outcome. The only rubs are, despite prevention people still get bitten, some are infected congenitally or potentially sexually, as well as through other insects. Early diagnosis is difficult due to the heavy reliance upon 40 year old abysmal testing. Doctors also continue to take a “wait and see” approach which delays things further.  They are also woefully uneducated on tick-borne illness and blindly follow the accepted narrative, often due to fear of persecution. These issues continue on unchanged. Due to the potential severity of illness this can cause, ILADS educates doctors to discuss immediate prophylactic treatment of black-legged tick bites with patients, as an appropriate course of antibiotics has been shown to prevent the onset of infection.

The reason for this prompt treatment is due to the fact that treatment failures have been seen in nearly every antibiotic study ever done. With Lyme disease, time is truly of the essence. Borrelia is a complex organism that research has shown to be slow-growing and shape-shifts to evade treatment. Borrelia exists in four different forms: spirochete (cork screw shaped), L-form (lives in cells), microscopic cyst form (non cell wall), and biofilm (a protective colony).  Borrelia can change shape whenever it feels threatened and can lie dormant until conditions are beneficial. This complexity allows it to sequester in tissues throughout the body and persist in immunopriviledged sites like synovial fluid and the brain. Public authorities; however, deny persistent infection and state that patients are either suffering from a syndrome or they are imagining it all.  Lyme patients have been told for decades it’s “all in their heads.” 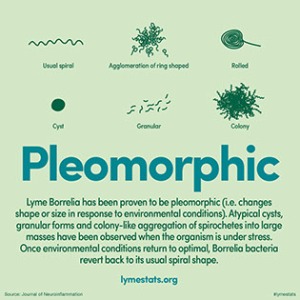 Further complicating things, there are 37 known species, 12 of which are Lyme disease related to date, but this is continually being updated.  Strains differ in clinical symptoms and presentation as well as geographic distribution; however, putting Bb strain diversity into a geographical box is a huge mistake as the bird, reptile, fox, rodents, and humans are never confined to one location and migrate freely taking ticks and their pathogens with them. To this day people are still being told they can’t have Lyme disease because it doesn’t exist in their state.

Garg et al. recently reported what has been seen in doctors’ offices all around the world: “microbial infections in patients suffering from Tick borne diseases (TBDs) do not follow the one microbe, one disease Germ Theory as 65% of the TBD patients produce immune responses to various microbes.” Patients are often infected with multiple pathogens, some of which are opportunistic and others which are tick-borne pathogens transmitted by the same tick bite. What scant research exists on this topic shows that coinfected patients have more severe illness for a longer duration of time. According to a study the most common co-infections were Babesia (32%), Bartonella (28%), and Ehrlichia (15%) while a study in Canada found that the most common were Bartonella (36%), Babesia (19%), and Anaplasma (13%).  Doxycycline won’t touch many of these coinfections, which is why patient after patient remains ill after taking standard CDC treatment. Yet, despite this common experience and smaller case studies on this topic, large randomized controlled trials have not been done, so public authorities just sniff, look the other way, and continue to dole out their ineffective mono therapy. 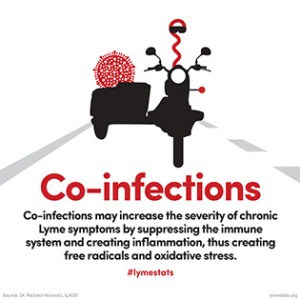 Hopefully this article clarifies why everyone should care about Lyme disease, why it is so difficult to get medical help, why it’s so hotly contested, and why it’s so hard to get appropriate treatment.

For an excellent read on how our government has a long and sordid history of experimenting upon an unsuspecting public.

Comments Off on Why Should We Care About Lyme Disease: A Colorful Tale of Government Conflicts of Interest, Probable Bioweaponization, and Pathogen Complexity

And those Face Shields -They Don’t Work Either

FDA Admits Mercury Fillings Are Dangerous After all