Record Numbers of Tick-borne Diseases in Maine This Year

Record numbers of tick-borne diseases in Maine this year 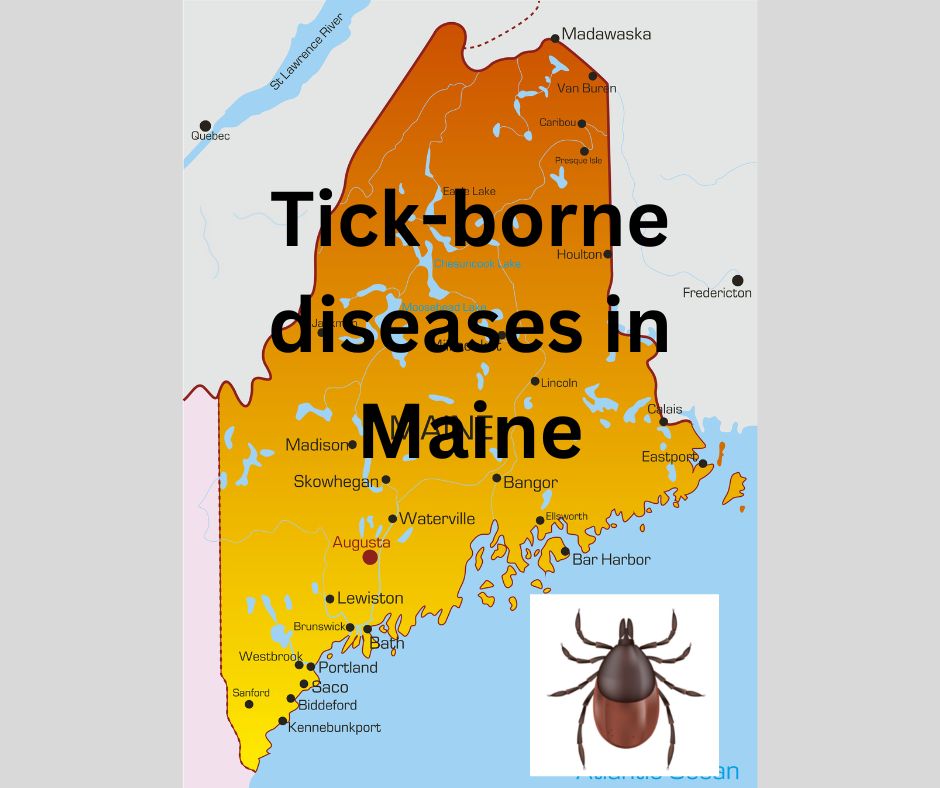 Maine is on track to break records for several tick-borne diseases this year.

In a news release this week, the Maine Center for Disease Control and Prevention reported more than 1,900 cases of Lyme disease so far in 2022. This compares to about 1,500 last year.

“This is a record high for Powassan encephalitis cases,” the agency said. “Maine is also on track to break records for anaplasmosis, babesiosis and Lyme disease cases this year.” 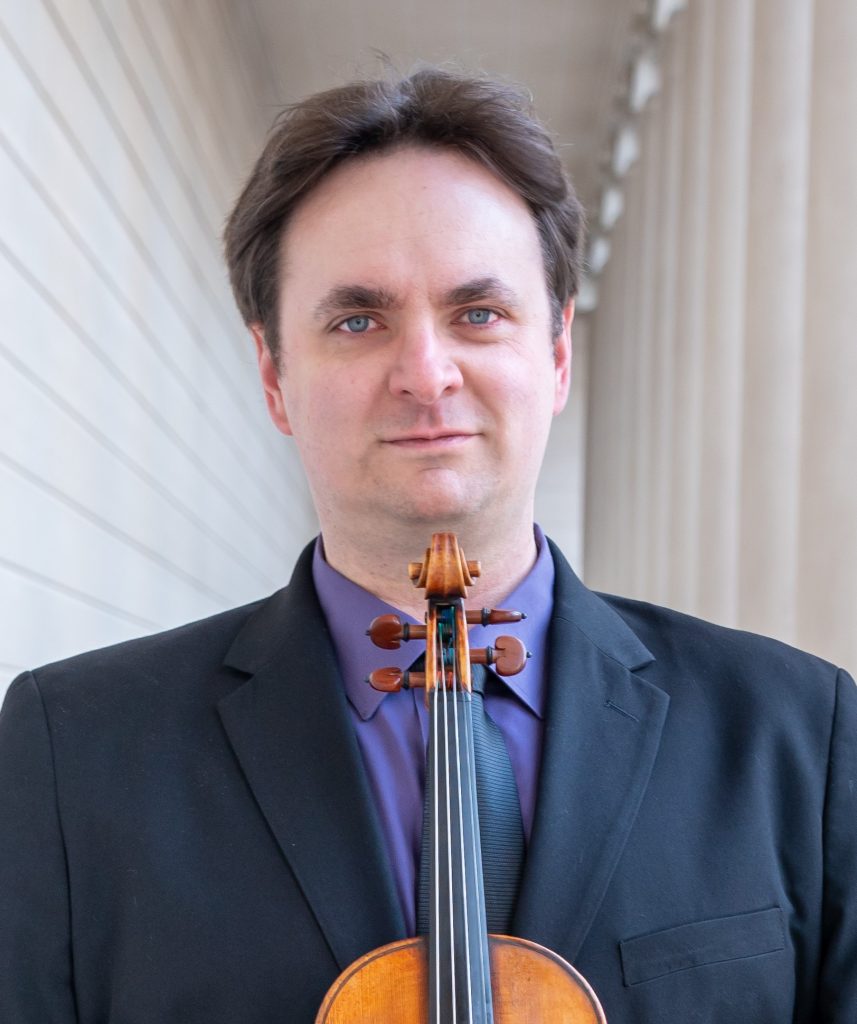 Dan Flanagan is a professional violinist and composer based in Northern California. He takes pleasure in creating music for solo violins and small ensembles. He often pairs his compositions with paintings from artists who inspire him—sort of a multi-media artistic approach, if you will.

I haven’t met him. But in the introduction to the following YouTube video, Dan comes across like a playful guy with an impish sense of humor.

Yet beneath the surface, there is much more to his story.

Dan has made his way in the music world despite severe muscle, joint and nerve pain—and other unpleasant realities—that have plagued him since the age of 12.

Five years ago, at 37, after years of seeking out different doctors in search of relief from his agony, he was finally diagnosed with Borrelia (Lyme), Bartonella, Babesia, Ehrlichia, relapsing fever, and Epstein-Barr virus. (He does not recall ever being bitten by a tick.) Since the diagnosis, he’s undergone a wide variety of treatments that so far haven’t achieved the level of healing he has long sought.

“While it’s possible that these things have helped a little or at least slowed down the progression, I’m still miserable,” he says.

Physically playing the violin is a struggle for Dan, because of stiff muscles and other symptoms. But he says that music is what keeps him going, his raison d’etre, what gives meaning to his life. So, he carries on.

In the spirit of focusing on what he loves to do, Dan recently composed a short piece of music entitled “Ehrlichia,” Rhapsody in Discomfort #6.

Here’s how he explains it:

“Ehrlichia” is written in Rondo form. The repeated Rondo theme, representing the disease traveling through the body, is a fast moving, feverish collection of scales in C minor.

Each digression represents a different symptom experienced by the victim, and each return of the Rondo theme mutates as the disease develops.

Traditional harmonies, tonal clusters, and extended techniques combine to create feelings of discomfort, exhaustion, confusion, fear, and hope. Indeed, toward the end of the piece, the violin represents the attack of antibiotics with piercing and relentless C major chords, followed by temporary calm.

Beginning with a pizzicato tick bite, “Ehrlichia” brings the listener through the tribulations of a Lyme disease patient, ending with joyous relief and tranquility… followed by relapse.

With the aid of a financial grant from IntermusicSF, an arts advocacy organization, Dan has created a video of his three-person ensemble performing this work. He has made it available for all to see.

In the video above, Dan is playing with his friends Paul and Vicky Ehrlich. Amused that their last name closely resembles one of his infections, he chose the title “Ehrlichia” for this piece of music. Their ensemble goes by the name “Trio Solano.”

The video also features a painting that Dan commissioned from East Coast artist Nancy Schroeder, who also has Lyme disease and co-infections (including Ehrlichia).

At the end of the video, he includes information about Lyme and other tick-borne diseases, with URLs for more information.

“Ehrlichia,” Rhapsody in Discomfort #6 is a remarkable piece of music and the video is beautifully shot and edited. However, the musicians sit in a grassy meadow. I must admit, I found myself nervously hoping they were all wearing permethrin-treated clothing, with bug repellent on their bare skin!

I emailed Dan to ask him about it—and he assured me, the three took proper precautions to protect themselves from ticks. Whew! Good to know.

The Bow and the Brush

He continues to work on the music that sustains him. He will make his Carnegie Hall debut with “The Bow and the Brush,” a solo violin recital on October 3. Every piece on the program will be a world premiere, commissioned or composed by Dan, with images of the art projected during the performance.

The West Coast Premiere of “The Bow and the Brush” will take place at UC Berkeley on October 16. Learn more about Dan’s work and his upcoming performances at his website.

Click here to learn how to protect yourself from ticks

My first concern was about the musicians sitting in grassy woods….glad they took precautions as that would have seriously impeded my ability to listen!

Easy to read table shows the most common ticks found in the U.S. that transmit pathogens to humans.
Note: only a partial list. To learn more about tick-bite prevention and how to be Tick AWARE, click here 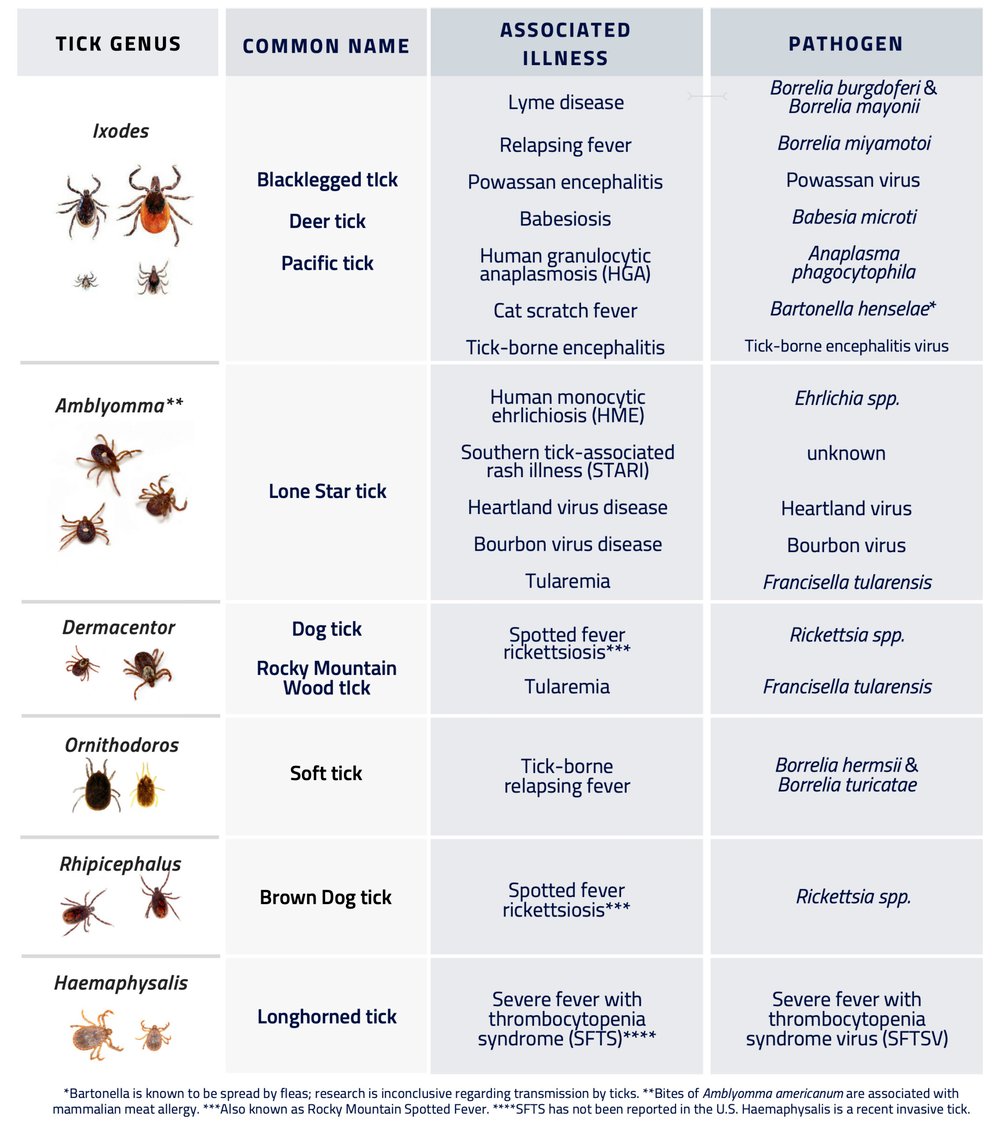 For more on prevention:

Remember, in Wisconsin, ticks are found in every county in the state. Researchers are also finding them in bright, open, mowed lawns.

Dr. Burrascano discusses the Lyme ImmunoBlot test for early Lyme, validated with CDC test samples, that will identify 93% of cases.

He discussed a 2018 study of over 10,000 patient samples from nearly every state which found patients testing positive for the following pathogens:

Canine cases of relapsing fever (RF) borreliosis have been described in Israel and the USA, where two RF species, Borrelia turicatae and Borrelia hermsii, can cause similar clinical signs to the Borrelia persica in dogs and cats reported from Israel, including fever, lethargy, anorexia, thrombocytopenia, and spirochetemia. In this report, we describe the first clinical cases of two dogs and a cat from Spain (Cordoba, Valencia, and Seville) caused by the RF species Borrelia hispanica. Spirochetes were present in the blood smears of all three animals, and clinical signs included lethargy, pale mucosa, anorexia, cachexia, or mild abdominal respiration. Laboratory findings, like thrombocytopenia in both dogs, may have been caused by co-infecting pathogens (i.e., Babesia vogeli, confirmed in one dog). Anemia was noticed in one of the dogs and in the cat. Borrelia hispanica was confirmed as an infecting agent by molecular analysis of the 16S rRNA locus. Molecular analysis of housekeeping genes and phylogenetic analyses, as well as successful in vitro culture of the feline isolate confirmed the causative agent as B. hispanica.

Our feline and canine friends are sentinels for human diseases and these cases are no different.

To date, 23 TBRF-related Borrelia species have been confirmed, but additional species are proposed (2). B. hispanica is the primary TBRF-related Borrelia species identified in Spain (3,4), where it is endemic.  It is transmitted mainly through the bite of O. erraticus ticks (5) but also can be transmitted by O. occidentalis ticks (4). B. hispanica also has been found in Portugal (6), Morocco (4,7,8), and Tunisia (4).  https://wwwnc.cdc.gov/eid/article/26/5/19-0745_article?deliveryName=USCDC_331-DM26146

As of 2015, B. hispanica is considered an emerging infectious agent causing Neuroborreliosis:  https://n.neurology.org/content/84/14_Supplement/P6.310

Please keep in mind that migrating birds and animals are transporting ticks everywhere and spreading the pathogens they carry.

Regarding O. occidentals ticks, according to this 2020 article,

“we have not sampled Ornithodoros ticks to evaluate densities and infection rates, nor have we collected samples from small mammals to investigate the reservoir of Borrelia spp.” 19-0745

Because the spirochetemia phase is short and laboratory diagnosis is exclusively dependent on the observer, we believe TBRF is underdiagnosed, even in areas where suspicion should be relatively high. 19-0745