Archive for the ‘Mycoplasma Treatment’ Category 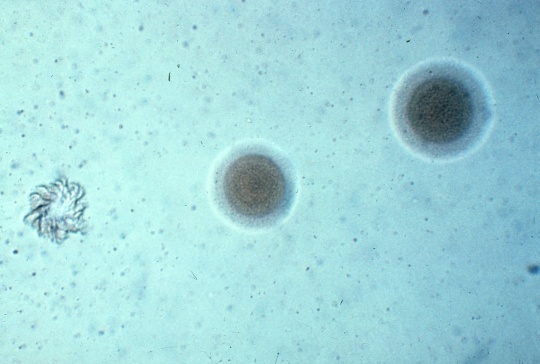 http://www.betterhealthguy.com/images/stories/PDF/PHA/2009_07.pdf  There are over 100 known species of Mycoplasma with 6 known to be troublesome to humans. They lack a cell wall making many antibiotics ineffective. They prefer low oxygen environments and live inside cells which evade the immune system – creating openings within the membrane walls of cells, entering the Mitochondria. They will cause programmed cell death (Apoptosis) to enter again into the bloodstream carrying a small part of the host cell, triggering immune cells to release an antigen not against Mycoplasma but against the host cell which causes an auto-immune response (pain and inflammation). They have an affinity for mucus membrane systems and cilia and create nutrient starvation in the host which results in a wide range of symptoms such as profound fatigue, and joint and muscle pain. Since there are no antigens of the actual Mycoplasma, antigen tests are useless. They have been implicated as either a causative factor or key co-factor in over 150 neurodegenerative and immune-suppressive diseases. They utilize lipids for their nutrients – primarily cholesterol in the human body.

They are obtained by fluid exchange and are airborne pathogens. Ninety percent of evaluated ALS patients had Myco and 100% of ALS patients with Gulf War Syndrome had Myco and nearly all of those were the specifically weaponized strain of M. Fermentans incognitus. Dr. Garth Nicholson, PhD, states that since mycoplasma sequence associated with the various Gulf syndrome symptoms is quite infectious, prolonged contact, or even casual contact with infected persons can facilitate its dissemination.

Evidently Dr. Nicholson and his wife contracted Myco from their daughter who came home from the Gulf War quite ill:  http://www.whale.to/vaccine/cantwell2.html

For more information on Dr. Garth Nicolson’s work with Myco read:  https://madisonarealymesupportgroup.wordpress.com/2015/08/12/connecting-dots-mycoplasma/ (In a nutshell, nearly an entire town in Texas became ill with a weaponized version of Myco after an experiment on prison inmates.  Private autopsies were performed on these prisoners at a Army base and then were sent to a private crematory at a secret location – all of which is against state law.  Genes part of the HIV-1 envelope were found in these Mycoplasmas, which means that a person may not get HIV but they may get some of the symptoms. It is also important to note that while military personnel were likely exposed to the Mycoplasmas from weapons in the Gulf War, they were also exposed through vaccinations. Nicholson had tremendous pressure put on him and his lab was threatened with being shut down frequently. All of this is explained in the book Project Day Lily.)

As with all pathogens, make yourself a tough target by beefing up your immune system, and detoxing these pathogens once you start an antimicrobial program. For basic information on how to do this please read:  https://madisonarealymesupportgroup.wordpress.com/2015/12/06/tips-for-newbies/

You will hear different statistics on the prevalence of the various coinfections, but according to Nicholson, Mycoplasma is the number one Lyme co-infection. Similar to borrelia, the causative agent of Lyme Disease, Myco can persist despite treatment.

If you find a doctor willing to be properly educated on tick borne illness, please give them this link:  https://madisonarealymesupportgroup.com/2017/06/20/help-doctors-get-educated-on-lyme-and-tick-borne-illness/

These treatments are for educational purposes only. Please discuss all treatments with your health professional.

A 6 month treatment with no break followed by several 6-week on, 2 week off antibiotic cycles. Antibiotics include: Doxycycline, Azithromycin, Minocycline, or Clarithromycin, with combinations often required as well as switching the antibiotics at least once. The addition of Flagyl may benefit as well. Some doctors have suggested antivirals as Myco also has viral characteristics.

Nicholson also suggests oxidative therapies, NT Factor, Mycoplasma-specific transfer factors, Raintree Myco, Raintree A-F, and Raintree Immune Support. Since the frequencies for Mycoplasma are too similar to normal cellular frequencies he does not recommend Rife therapy. Anything that strengthens the immune system is helpful and might include chelation of heavy metals, probiotics, a no sugar, no gluten diet, well as various various supplements – making sure they are absorbed well.

Dr. Horowtiz’s Treatment Protocol: (Author of Why Can’t I Get Better? Solving the Mystery of Lyme and Chronic Disease)  Combination antibiotic therapy with at least two intracellular antibiotics as he found patients still testing positive after almost one year of continuous single-drug therapy.

He also recommends NT factor to repair mitochondrial damage, acetyl-L-carnitine, CoQ10, NADH, and occasionally D-ribose (but not for patients with metabolic syndrome and diabetes who have elevated levels of glycation).

http://hosted-p0.vresp.com/175362/db7324bdfd/ARCHIVE
According to Michael Biamonte, Dr. of Nutripathy, and New York State certified Clinical Nutritionist, who also founded of the Biamonte Center for Clinical Nutrition, cause of Mycoplasma infection can be due to adrenal hormone instability which can result from a poorly functioning adrenal gland, stress, and fluctuating cortisol and epinephrine levels. Particularly in the case of Mycoplasma pneumonia, the most common atypical bacteria that causes chronic respiratory conditions, the bacteria’s toxins trigger cytokines which combine with free radicals to cause inflammation and disruption of tissue and cell structure in the respiratory tract. This particular Myco strain has been associated with bronchial asthma and COPD.

For Mycoplasma pneumonia he recommends Wei Laboratories’ ClearLung, Jade, Java, and NewBase to clear the infection. He states patients can experience improvement with one day of treatment and total symptom elimination with three days of treatment. Three to four weeks are required for significant improvement and six weeks to three months for sustained results.

Mycoplasma genitalium usually infects the urinary tract causing urethritis in men with symptoms of discharge from the penis with burning upon urination. In women it can cause cervicitis, endometriosis, and salpingitis. It can cause infertility in both men and women and plays a role in urogenital tract cancers.

After removing the infection he recommends two-six weeks of Cellgen, Harmonin, and Cortigen to improve the underlying adrenal hormone issues and to prevent reinfection.

For an extensive Bibliography go to:
https://sites.google.com/site/conflagration2100/hidden-pandemic