The following article is a great resource. Please file this away somewhere handy so you can retrieve it if you need it.

Tick season is in full-swing. How do I know that? I wake up practically every day to another text or email from a friend or relative telling me they had a tick bite.

Last week, I got a desperate call from a relative whose son had found a tick embedded in his skin after a camping trip. Both my cousin and her son are well aware of my daughter’s missed diagnosis and years’ long battle with Lyme and co-infections. Needless to say, they were in a panic. More about this later…

Of course the best thing is toprevent tick bitesin the first place, but life happens and that’s probably why you’re reading this.

Here’s my advice if you have a tick bite:

Step 1 – Take A Picture Of The Tick That Bit You

Take a picture while the tick is still attached. This will show details of the tick that can help you identify it later. It will also show how deeply embedded the tick is, how engorged it is, and if a rash has already formed prior to you removing the tick and cleaning the area.

Proper and prompt removal of the tickis critical. Read this section very carefully beforegetting started. If you do not feel comfortable removing the tick, see your physician or go to the nearest urgent care. (Although I’ve heard horror stories of MDs improperly removing ticks…)

Step 3 – Identify The Tick You Were Bitten By

It’s important to identify the tickbecause different kinds of ticks can carry different bacteria, viruses, protozoa and parasites. (Lyme disease isn’t the only thing you need to worry about with ticks bites.)

There are two families of ticks found in the United States: Ixodidae (hard ticks) and Argasidae (soft ticks). Of the 700 species of hard ticks and 200 species of soft ticks found throughout the world, only a few are known to bite and transmit disease to humans. Knowing the type of tick will help you be aware of what possible symptoms to watch for.

Here’s How To Identify A Tick After A Tick Bite:

Before you get to the doctor, I highly recommend doing a little research about what tick-borne diseases are known to be in your area’s ticks.

There are a lot of misconceptions surrounding Lyme and tick-borne diseases. These are the main points I think you need to know before heading to the doctor:

The Following Are The Most Common Misunderstood Facts About Tick Bites: 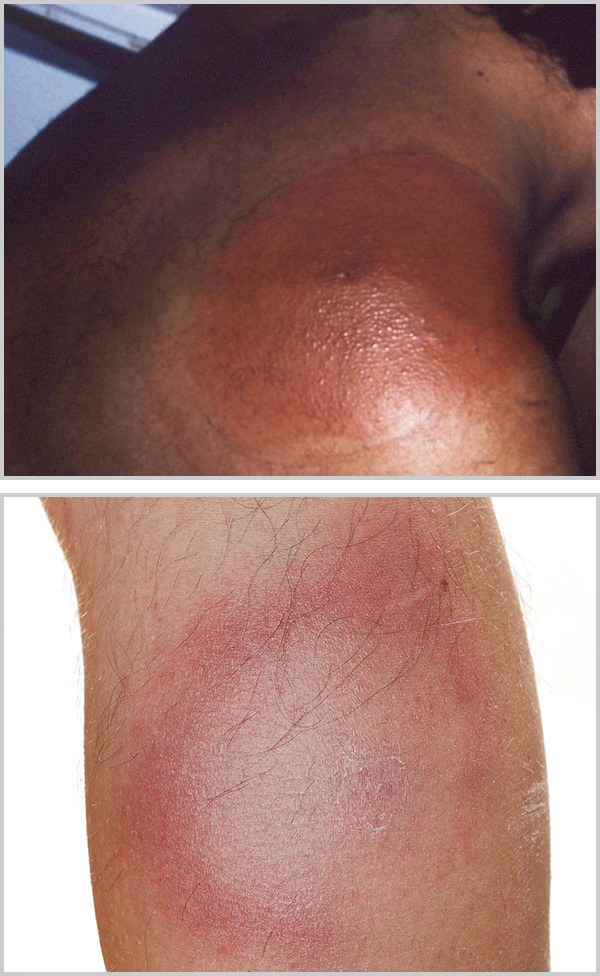 If your Lyme disease test is negative, that doesn’t mean you are out of danger. It depends on your exposure and your symptoms.

Rather than give medical advice about recommended treatment, I’m going to quote the International Lyme and Associated Diseases Society (ILADS – how to handle a tick bite):

“ILADS recommends that prophylaxis (preventive treatment) be discussed with all who have had a blacklegged tick bite. An appropriate course of antibiotics has been shown to prevent the onset of infection.

When the decision is made to use antibiotic prophylaxis, ILADS recommends 20 days of doxycycline (provided there are no contraindications).The decision to treat a blacklegged tick bite with antibiotics often depends on where in the country the bite occurred, whether there was evidence that the tick had begun feeding, and the age of the person who was bitten.  Based on the available evidence, and provided that it is safe to do so, ILADS recommends a 20-day course of doxycycline.

Patients should also know that although doxycycline can prevent cases of Lyme disease, ticks in some areas carry multiple pathogens, some of which, including Babesia, Powassan virus, and Bartonella, are not responsive to doxycycline. This means a person could contract a tick-borne illness despite receiving antibiotic prophylaxis for their known bite.

ILADS recommends against single-dose doxycycline. Some doctors prescribe a single 200 mg dose of doxycycline for a known bite. However, as discussed in detail in the guidelines, this practice is based on a flawed study that has never been replicated.

Step 6 – Mail The Tick For Testing

Knowing what diseases the tick is carrying (if anything) will either give you peace of mind or provide valuable clues as to what symptoms to watch for and which disease(s) to treat. One thing we know for sure, early treatment for any tick-borne disease is the key to full recovery. Delaying treatment by as little as 3-4 weeks can increase your odds of having long-term damage.

Many states offer free tick testing, although they may only test for one or two pathogens. You can call your local public health department and see what they offer.

I recommend sending the tick in for testing to determine if the tick is carrying any pathogens that can lead to tick-borne illness. If you can not find free testing, I recommend one of following laboratories:

Immediately start tracking any symptoms that are out of the ordinary.  On a calendar or diary, write down any flu-like symptoms, headache, fever, ringing in the ears, weird numbness or tingling, facial palsy, nausea, migrating pain, joint swelling, night sweats. Seriously, write down anything that is not normal for you.  Symptoms of tick-borne diseases can begin anywhere from 1-3 days to 4-6 weeks after the bite. (More about tick bite symptoms to watch for)

Observe the bite site over the next three weeks for any signs of a rash. Take pictures of any visible changes anywhere on your body (not just the bite site). Place a quarter or tape measure next to any rash for size reference.

Let your doctor know immediately of any signs of illness. (Check your symptoms for Lyme.)

Step 8 – Await The Results Of Your Tick Test

Most of these results are coming back within a week. During that time, monitor your symptoms and notify your doctor if anything gets worse. If you are on doxycycline, you may actually avoid getting sick.

Once the results come back you will need to discuss what to do. If the tick is positive, you will want to stay on treatment. Many ILADS practitioners will prescribe 4-6 weeks for early Lyme.Other pathogens, like Anaplasmaor Ehrlichia, will be treated for a different duration. Babesia is treated with an entirely different medication.

If the tick test is negative, that doesn’t mean you are out of danger. It depends on your exposure and your symptoms. One thing to consider is how long you were exposed to the ticks and whether there could have been another bite that you did not see. Even though one tick is negative, another tick could have been positive. This is something you will really need to discuss with your medical provider.

What happened to my relative?

To finish the story about my cousin’s son. I basically told them everything I have spelled out above. Just as I predicted, when they got to the doctor, he said, “If the tick hasn’t been attached for over 24 hours you’ve got nothing to worry about.” STRIKE ONE

They showed him the photograph of the embedded tick and the red circular rash that had started to form. The doctor said, “Well, because you’ve got a rash, I’m going to give you a single dose of doxycycline and that should cover it.” STRIKE TWO

They explained what they had learned and the doctor was actually very interested. They established a rapport. In the end, they left with a 20-day supply of doxycycline and their doctor wanting them to come back with the full tick report and any information they had to share. He was interested in learning more. A HOME RUN!

Despite Wisconsin being 4th in the nation for Lyme disease, our state has ZERO tick testing for the public.  I was told that this is due to the fact they do not have the proper equipment.

The only thing the University Wisconsin IS doing is something called the Tick App:  https://madisonarealymesupportgroup.com/2018/05/31/tick-app-wi-tick-chats-testing/

In short, it’s a research study that you would be participating in by submitting information for essentially tick surveillance.  While this is important, it doesn’t help patients know if they are potentially infected with pathogens – which is also extremely important.  Many states offer this testing service for free.

We keep being told that early treatment is imperative yet most doctors take the “wait and see” approach which isn’t working. In order to treat each and every tick bite as seriously as a heart attack to avoid perhaps life-long symptoms, I encourage prophylactic treatment.

As you read above, ILADS recommends at least 20 days of doxycycline for an acute tick-bite. It’s important to remember that this mono therapy will not cover many of the confections so it’s important to track symptoms and keep in close contact with your doctor – preferably an ILADS-trained doctor who understand the nuances of treatment.

Comments Off on Help! I Got Bit By a Tick! What Do I Do?