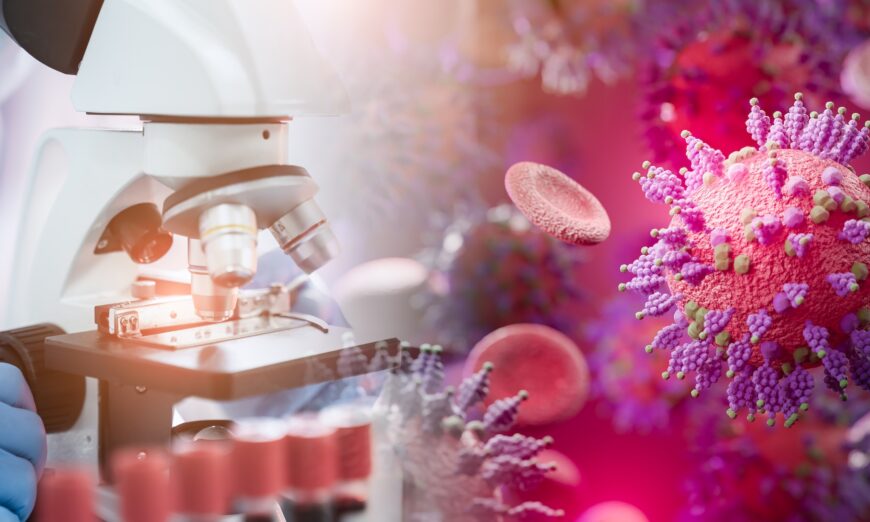 Finally, an unbiased pathologist has taken a vaccine into the lab to demonstrate exactly what’s causing ‘the mystery of the rubbery clots.’

December 12, 2022, The Highwire posted1 a fascinating and shocking lab investigation of the COVID shots. Del Bigtree begins by reviewing some of the many alleged findings by organizations looking at the shots using various technologies. For example, some claim to have found graphite in the vials, while others have discovered what looks like nanotechnology and parasites.  (See link for video and article)

There have been other labs looking into the vials and all are finding numerous contaminants.

“It instantly changed the pH of the interior. These are little blobs of protein on the membrane of the red cell, because the red cell has involuted … All these little fingers, that is not spike protein. That’s another myth.

It was almost instantaneous, and it is everywhere. Those red cells are now nonfunctional red cells. Those aren’t going to carry a whit of oxygen. Now your body has to decide what to do and has an inflammatory reaction, because now it has to gobble those up.”

Cole warns that ‘the powers that be’ want to try do do lipid nanoparticles with influenza, RSV, and other shots going forward when the current COVID injection program has failed and is harmful technology. Humans were not created to make foreign toxic proteins.

Cole states that not only do the COVID shots need to be stopped, but the entire platform as well.

The article ends by stating if you already got one of more shots, stop now and take no more.  He points you to the Frontline COVID-19 Critical Care Alliance’s (FLCCC) post-jab injury protocol.

Doctors Told to “Zip It” About ‘Vaccine’ Injuries

By Haley Britzky, CNN
January 11, 2023
A US Marine prepares to receive the Moderna coronavirus vaccine at Camp Hansen on April 28, 2021, in Kin, Japan.

“Section 525 of the NDAA for FY 2023 requires me to rescind the mandate that members of the armed forces be vaccinated against Covid-19, issued in my August 24, 2021 memorandum … I hereby rescind that memorandum,” Austin said in a memo on Tuesday night.

According to Austin’s memo, no service members currently in uniform who were pending approval for a religious or medical exemption to getting the mandate will be separated from the military. Austin also directed the services to update individuals’ military records and remove “any adverse actions solely associated with denials of requests” from their files.

As for those who have already been removed from service for their refusal to get the vaccine, which fell under failing to obey a lawful order, Austin said in the memo that the DOD is “precluded by law from awarding any characterization less than a general (under honorable conditions) discharge.” General discharges are a step down from an honorable discharge, and are typically for troops that had satisfactory service but had minor misconduct.

Service members who received that discharge because of their refusal to get the vaccine can petition their individual branch for a correction of their records, Austin said.

Unfortunately, this too is too little, too late.

Reports of injury and death in military members continue to roll out. For instance, this 22 year old soldier had to be hospitalized 9 times after the shot. This 21 year old Air Force Academy football player dies suddenly.  18 year old Marine recruit collapsed and dies during basic training.  Military whistleblowers (who have been fired on the spot for speaking out) have come forth showing that the DOD has edited the medical database to hide COVID shot injuries.

Comments Off on Another Shocking Lab Investigation of COVID “Vaccines. Doctors Told to “Zip It” Regarding Vax Injuries. Pentagon Officially Rescinds COVID Vax Requirement For the Military

Switzerland To Destroy Millions of mRNA Doses While U.S. & UK Buries Their Heads in the Sand