Association of American Physicians and Surgeons (AAPS) announces its support for emergency physician and founder of America’s Frontline Doctors (AFLDS) Simone Gold, M.D., J.D.,who  has been sentenced by Judge Christopher (“Casey”) Cooper to 60 days in federal prison, a year’s supervised release, and a fine of $9,500, the largest fine ever imposed on Capitol demonstrators, for the misdemeanor charge of entering a restricted building on Jan 6.

Dr. Gold was in Washington, D.C., by invitation to speak about COVID-19 at a Rally for Health Freedom on the East side of the Capitol. After all the speeches were canceled without explanation, she entered the Capitol building along with a crowd, and attempted to deliver her message there while a police officer stood by without objecting.

AFLDS explained the events of Jan 6 and the subsequent armed invasion to arrest Dr. Gold at her California home in a press statement. The Judge disagreed with Dr. Gold’s portrayal of her conduct as peaceful, in lengthy harsh comments during the sentencing. The facts of the situation were not adjudicated at a trial because Dr. Gold had agreed to a plea bargain.

Dr. Gold’s license to practice medicine is threatened because of alleged “misinformation” about COVID-19 early treatment and vaccination. The president of the Medical Board of California, attorney Kristina D. Lawson, wrote a letter to Judge Cooper prior to sentencing, alluding to a popular AFLDS video: “Doc Tracy, Physician Investigator: ‘Lawson’s Hunt.’”

“Dr. Gold put her professional life on the line in her efforts to provide extensive, life-saving information about early out-patient treatment of COVID-19 and adverse effects of mRNA vaccines,” stated AAPS executive director Jane Orient, M.D. “She made reasonable assumptions that are apparently no longer correct about freedom of speech and assembly, and equal application of the law.”

“This should concern every American,” Dr. Orient said. “Also, those who are defining ‘misinformation’ about COVID need to answer: ‘How many of the million Americans who reportedly died from COVID had received inexpensive early treatment, and how many were denied access to such treatment?’”

The Association of American Physicians and Surgeons (AAPS) is a national organization representing physicians in all specialties since 1943. Its motto is omnia pro aegroto (everything for the patient). 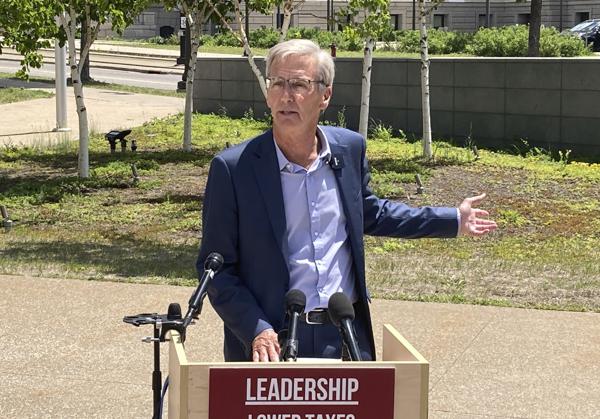 MINNEAPOLIS (AP) — Republican gubernatorial candidate Scott Jensen has threatened to retaliate against the Minnesota board that oversees doctors, which is investigating him for the fifth time, vowing that “this juggernaut will be dealt with” if he’s elected.

Jensen is a COVID-19 vaccine skeptic who has called for civil disobedience over masks and promoted alternative treatments such as ivermectin. (See link for article)

If these aren’t witch-hunts, I don’t know what is. This politicization of medicine must end.

Please notice that the article on Jensen makes a point to put that he is a Republican right in the headline.  The article also makes a point of telling that he has not received the COVID gene therapy injections. Why does this matter?  Being hunted down by the state medical board is a medical issue, or should be; however, the ‘powers that be’ tip their hand by pushing politics, per usual. “Vaccination” is also a personal choice.

Jensen said all five investigations were based on allegations from anonymous critics. Jensen said he has provided information to the board, but has heard nothing back in months.

This is the type of craziness Lyme literate doctors also contend with simply for following a different set of treatment guidelines than the accepted narrative.

The governor-appointed medical board in Minnesota comprises 16 people who were all first appointed by Democratic governors and nine seats are due for appointment or reappointment in the next gubernatorial term.

I think we found the reason for the witch hunt.