Pfizer on Tuesday said results of Phase 2 clinical trials of its experimental Lyme disease vaccine delivered “positive” results, including among pediatric trial participants. The vaccine “offers Pfizer the chance to add a growth driver to its mammoth vaccine unit,” but some experts say treatment is a better solution. 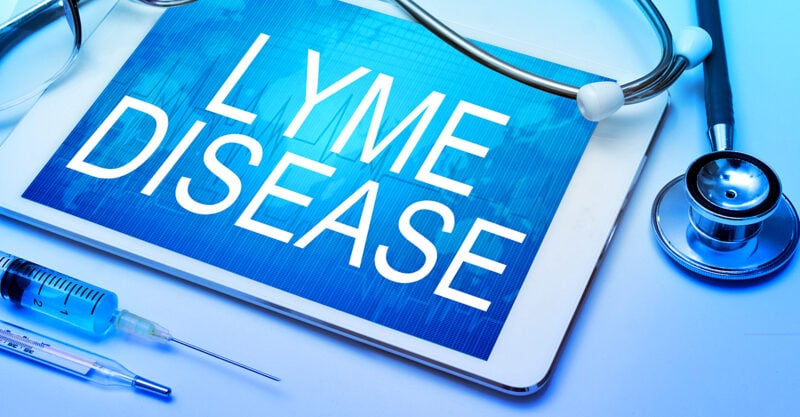 The drugmaker is developing the VLA15 vaccine in conjunction with the French biotech firm Valneva, which Pfizer described as “a specialty vaccine company focused on prevention of diseases with major unmet needs.”

The Phase 2 study included adult subjects and children 5 to 17 years old. Overall, 600 healthy participants were enrolled in the study.

According to the two companies, the “positive” results arising from Phase 2, including “positive pediatric data,” will allow them to proceed with a planned Phase 3 trial.

“VLA15 was found to be more immunogenic than in adults with both vaccination schedules tested,” and “the safety and tolerability profile seen in the 5- to 17-year age group was similar to the previously reported profile in adults,” the companies said.

Similar to claims Pfizer made about booster doses of the COVID-19 vaccines, the drugmaker also said that while the two-dose regimen of VLA15 demonstrated immunity, a third VLA15 dose “increased the level of antibodies against an outer surface protein.”

The companies reported no vaccine-related serious adverse events during the phase 2 trial.

As previously reported by The Defender, in documents submitted to the U.S. Food and Drug Administration (FDA), Pfizer glossed over the adverse effects from its COVID-19 vaccine, while admitting in those same documents that the company hired more than 600 new employees to process reports of vaccine injuries.

The reported success of the three-dose regimen will lead the two companies to continue with the administration of three doses in Phase 3 of the trial, including for children.

The Phase 3 trial of VLA15, including the participation of children 5 and over, is expected to begin in the third quarter of this year, pending regulatory approval.

The VLA15 trials appear to be the continuation of a trend where pharmaceutical companies envision vaccines as “cure-alls” for everything from the common cold to HIV to cancer.

However, while many of the new vaccines under development utilize messenger RNA (mRNA) technology, this is not the case with VLA15.

The FDA in July 2017 issued Valneva a fast-track designation that specifically allows for expedited review of “drugs to treat serious conditions and fill an unmet medical need.”

Valneva sold the rights to VLA15 to Pfizer for an upfront cost of $130 million in 2020, at which time the two companies announced a collaboration for the continued development and commercialization of the vaccine.

Under the terms of the two companies’ agreement, the first dose in the Phase 2 study triggered an additional $10 million payment from Pfizer to Valneva.

According to Fierce Biotech, a successful Phase 3 trial “could give Pfizer a clear run at a growing opportunity” and “offers Pfizer the chance to add a growth driver to its mammoth vaccine unit,” as the number of reported Lyme disease cases in the U.S. has increased threefold since the late 1990s.

This increase may be due to changes in land use that have brought more humans into proximity with the ticks that transmit Borrelia.

Citing data from the Centers for Disease Control and Prevention (CDC), Pfizer said approximately 476,000 Americans are diagnosed and treated for Lyme disease each year, plus an additional 200,000 cases reported annually in Europe.

Lyme disease is considered the most prevalent vector-borne illness in the Northern Hemisphere.

The increase in Lyme infections led the CDC to declare, “new tools for preventing tick-borne diseases are needed urgently.”

In the 1990s, SmithKline Beecham secured approval for a Lyme vaccine, which was later pulled from the market.

During that same period, Pasteur Mérieux Connaught — now known as Sanofi — also sought approval for a Lyme disease vaccine, before abandoning the effort.

While the CDC has called for “new tools” to prevent the spread of tick-borne diseases, some medical analysts questioned the specific need for a vaccine.

“Lyme disease, which is caused by the bacteria Borrelia burgdorferi via tick bite from the black-legged tick, is treatable by standard antibiotics.

“Rather than introducing another aluminum-adjuvanted vaccine for children and adolescents, it seems more prudent to focus on early diagnosis and treatment of the disease.”

Aluminum adjuvants are used already in the HPV vaccine, and have been associated with neurological and cardiac disorders in adolescents and young adults, Hooker said.

Mark Crispin Miller, a professor of media studies at New York University who has experienced the symptoms of Lyme disease, drew comparisons between the experimental Lyme disease vaccine and the COVID-19 vaccines.

“No doubt the CDC/FDA will bless this Lyme vaccine, regardless of its risks, just as they’ve pushed the COVID ‘vaccines’ for the last two years.

“And their support for this new vaccine is especially perverse, since the CDC et al. have long denied that ‘chronic Lyme’ exists, because its proper treatment would cost more than the insurance carriers want to pay.”

Despite his own difficulties with Lyme, Miller said he sees no reason to pursue a Lyme vaccine:

“As one who has been battling Lyme for more than 10 years, and at enormous cost, I see no reason to put any trust at all in those authorities, whose long denial of the reality of this condition has done me, and countless others, grievous harm.”

____________________
**Comment**
I couldn’t agree with Hooker and Miller more.  There are Lyme/MSIDS treatments (although we could argue about their effectiveness).  Further, due to vaccine development – research on treatments, testing, and the lot has been stifled.  It’s ALL about the ‘magic bullet’ of a lucrative vaccine.
The issue of persistence MUST be recognized, accepted, and acted upon.  This means research needs to be done that isn’t biased against it.  It also needs to be taken into account with testing, diagnosis, and treatment. So far, however, the issue has been treated as a non-issue – and as if it simply doesn’t exist when much science shows otherwise.
Frankly, until the CDC, NIH, NIAID, FDA, and all the other government organizations and research universities that have denied persistence for 40 years, get down on their knees and publicly apologize for denying patients appropriate diagnosis, treatment, and admit to their biased, unscientific research – as well as repeal the Bayh Dole Act, I don’t trust one single thing they say.  Of course this will never happen in a zillion years so I remain a constant skeptic – and so should you.  Hopefully the past two years has awakened you to the severe conflicts of interest in public health and medicine.  In short, things are not as they seem.
What the article did not do was go into the sordid details of Lymerix, the first Lyme vaccine which actually maimed people and rigged testing.
It also doesn’t mention the importance of OspA (outer surface protein A) which many believe is the substance causing adverse reactions to the vaccine as well as symptoms of the disease.  Other “vaccines” or injections still contain OspA but are being touted as being safe (as they tout each and every other “vaccine” as being safe and effective, despite reality).
Also important to point out is the fact they are still treating this as a one organism disease when most are infected with numerous pathogens simultaneously – making their cases far more complex, far more severe, and far more difficult to test, diagnose, and treat – much less create a vaccine for.  This complex illness affects each patient differently due to a host of factors – including the status of their own immune system.  Nothing about Lyme/MSIDS is simple or straight-forward and the fact they continue to deny this simple verifiable fact clearly demonstrates why we are still in the Dark Ages.  It also demonstrates why we need to understand and educate others on the sordid backstory. After all, those who don’t learn from history are doomed to repeat it.
For more:

COVID Update: What is the Truth?