It’s Not a Vaccine. It’s a Medical Device. 2nd Dose of COVID-19 “Vaccine” Will Provide More Intense Side Effects

Dr. David Martin on Experimental mRNA COVID Vaccines: This is NOT a Vaccine! It is a Medical Device 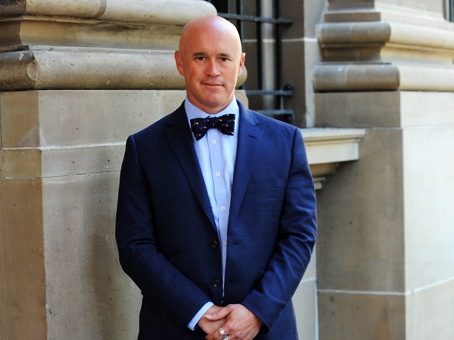 Dr. Martin has made tidal waves in the Alternative Media since this event, by explaining that the experimental mRNA COVID vaccines are not even vaccines, and legally cannot be called “vaccines,” because they are really medical devices.

Dr. Martin should be familiar to readers of Health Impact News (as are the other participants), as he was the featured scientist in filmmaker Mikki Willis’ excellent production: Plandemic. He exposed, for example, how the U.S. Government has owned patents on coronaviruses since the 1990s.

Here is a partial bio of Dr. David Martin from his website:

His first invention was a laser integrated system to target and treat inoperable tumors. His mathematics helped unravel the way the human body processes hormones and led to the detection and treatment of many diseases.

His observation of human behavior led to his development of technology which deciphers the intention and motivation of communication – a technology that has impacted and saved the lives of billions.

His global business activities served to develop the world’s top-performing global equity index (including the CNBC IQ100 powered by M·CAM).

From the starry expanses of Mongolia to the flashing lights of New York, his work is as passion-filled whether it’s with a camel herder or a global CEO. (Source.)

“This is not a vaccine.”

Here is a partial transcript of the video below explaining that the mRNA vaccines are not really vaccines:

This is not a vaccine.

We need to be really clear. We’re using the term “vaccine” to sneak this thing under public health exemptions.

This is not a vaccine. This is an mRNA packaged in a fat envelope, that is delivered to a cell.

It is a medical device designed to stimulate the human cell into becoming a pathogen creator.

And a vaccine specifically has to stimulate both an immunity within the person who is receiving it, but it also has to disrupt transmission.

And that is not what this is. They have been abundantly clear in saying that the mRNA strand that is going into the cell, it is not to stop transmission. It is a treatment.

But if it was discussed as a treatment, it would not get the sympathetic ear of the public health authorities, because then people would say, well what other treatments are there?

Watch the full explanation by Dr. Martin.  The entire 2.5 hour event can be viewed here on Bitchute.

Important points:  Operation Warp Speed has a middleman company called at ATI [Advanced Technology International], a defense contractor out of [South] Carolina that clears the billions of dollars of orders for vaccine.  ATI also has another contract with the Department of Defense and other gov. agencies for propaganda and misinformation.  The government is violating its own laws. 15 US code has been used against practitioners around the country time and time again for violating what are called deceptive practices and medical claims, which is exactly what our own government is doing right now.

And just a reminder, Moderna themselves have admitted that the mRNA injections are an Operation System, the “Software of Life”:  https://madisonarealymesupportgroup.com/2021/01/06/moderna-admits-covid-vaccines-inject-an-operating-system-into-your-body/

Calling it a “more robust immune response,” Illinois Department of Public Health director Dr. Ngozi Ezike is warning that the second dose of the COVID-19 vaccine will produce more intense side effects than the first.

When NBC 7 San Diego reported that health care workers getting their second doses were complaining of more intense effects such as headaches, joint pain and fatigue, infectious disease specialist Dr. Edward Cachay said the same thing happened in clinical trials, so this was expected.

Ezike downplayed the more serious reactions as something not to be alarmed about, but drug industry news agency FiercePharma told drug manufacturers to brace for “a tidal wave of adverse event reports,” followed by possible lawsuits. “It’s not just vaccine makers who need to actively look out for potential adverse events or drug interactions,” FiercePharma added.

One reason companies other than vaccine makers will be affected is because many people taking the vaccines will be on other drugs, sometimes multiple drugs, which in turn will cause new adverse event reports.

In their effort to quell vaccine hesitancy, they are using “newspeak” and calling adverse reactions, immune responses:  https://madisonarealymesupportgroup.com/2020/12/14/adverse-reactions-renamed-immune-responses-by-health-advisers-and-21-serious-possible-adverse-outcomes-to-covid-19-vaccine/

For an ongoing list of adverse reactions, please see:  https://madisonarealymesupportgroup.com/2020/12/21/warning-3150-injuries-in-1st-week-of-covid-vaccines-among-american-healthcare-workers-pregnant-women-included/  Adverse reactions are pouring in daily.

Comments Off on It’s Not a Vaccine. It’s a Medical Device. 2nd Dose of COVID-19 “Vaccine” Will Provide More Intense Side Effects

IV Ozone – What it is and What Are the Benefits