Lyme Has Taken My Income My Hobbies, Even My Personality at Times

Lyme has taken my income, my hobbies, even my personality at times 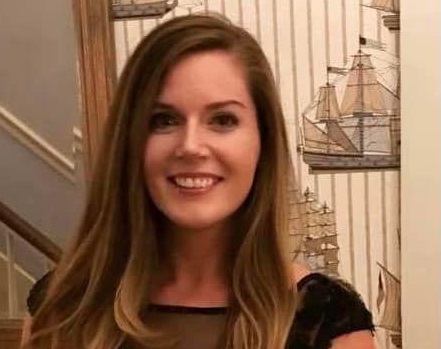 Good morning and thank you for the opportunity to speak. Recent reports state that a startling 15% of the world’s population has Lyme disease.

My name is Alexandra Logg, and I am one of those people. I have had Lyme for most of my life.

Because I love data, I’ll let you know I’ve had Lyme living in my body for 78% of my life.

I was bit by a tick in my own backyard in Bernardsville, New Jersey as a child in 1997. A neighbor with an IV hanging from her arm had visited us upon our moving in, to warn us about living in a Lyme endemic area.

Hyper-awareness surrounding Lyme did not suffice. I developed a bull’s-eye on my shoulder and was treated with antibiotics same day and continued to take them for weeks. I was back in the same pediatric office every two-three months for symptoms deemed viral.

Looking back at my records, it’s clear my lingering symptoms were tied to Lyme. For two decades, I worked around my symptoms. It wasn’t until 2015–when my car was rear ended on my way to work and I incurred a concussion that allowed Lyme into my brain–that I could not work around the symptoms anymore. Research shows traumatic brain injuries can awaken Lyme disease.

By 2017, I was struggling to walk to the bathroom. It took my own research to connect the dots, as I was under the impression I had been cured of Lyme.

I have been treating Lyme and co-infections ever since. I was bedridden for two and a half years, often sleeping 22 hours a day. I was in so much pain my spine felt like it was splitting when I rolled over in bed. I could not sit upright or stand without severe pain and blacking out.

During this time, I was so sick I could not communicate. Thanks to an experimental treatment and an incredible doctor, I’m able to walk again and appear “normal.” Looks can be deceiving. I still suffer tremendously from neurological effects and encephalitis.

These symptoms include but are not limited to: intense brain fog, memory loss, anxiety, severe cognitive impairments, and lack of executive functioning. I still have days where I struggle to maintain a standard of living that allows me to care for myself.

The current standards of care for tick-borne illness are not sufficient. In 2019, federal funding for Lyme disease was $63 per patient. As of 2020, that number has grown to $170 but that is still not enough.

The less common West Nile virus has 200 times the amount of per-patient funding.

We are in dire need for more funding to aid in early intervention, education for health care providers, and research for stronger diagnostics and a cure.

Otherwise, the strain and financial burden, both personally and federally, will grow as more become sick every year. Early intervention and more sufficient research would prevent a tremendous financial burden across the board.

Before I became chronically ill, I worked in Patient Access in Infectious Disease. The irony of constantly struggling to access care for my own infectious disease does not escape me.

There are many gaps in care that have lengthened my illness’s timeline. Simply finding a doctor that understands chronic Lyme often requires word of mouth recommendations between patients.

Getting diagnosed, or re-diagnosed in my case, does not mean a clear path to health. Treatment is based on trial and error.

I am thankful to have company benefits, but even those I have to fight for, since chronic Lyme is not widely recognized. 60% of my income from 2018 while fighting an illness that requires out-of-pocket doctor visits and treatments is not sufficient.

Lyme has taken my career and steady income, my hobbies, and even my personality at times. Living in a constant state of sickness and stress is one I would not wish on my worst enemy.

Again, the clarion call for more federal money to be given to organizations that have done nothing but hurt patients is shouting at a monolithic mountain that will never be moved.  Money doesn’t fix corruption – it only increases it.  The CDC/NIH/FDA all have long track records of corruption.  Do not fund these organizations any longer.  They need to be disbanded.

We need to detach ourselves from the behemoth and fund our own independent research to resolve this juggernaut.

Insanity is doing the same thing over and over and expecting different results.

We can not trust a corrupt government that is behind the very disease we are seeking answers for.

Comments Off on Lyme Has Taken My Income My Hobbies, Even My Personality at Times

Astrophysicist Weather Expert: Climate Always Changes But Has Nothing to Do With Man. Climate “Scientists” Are On A “Gravy Train” to Secure Funds