The following email was sent to all members of the Tick-Borne Disease Working Group as a follow-up to yesterday’s Petition Update:

The Chronic Lyme Debate and tag team of Sood and Dixon
https://www.change.org/p/the-us-senate-calling-for-a-congressional-investigation-of-the-cdc-idsa-and-aldf/u/30273194

Since the start of these TBDWG meetings, the Federal Representatives have all been fixated on the Klempner antibiotic trials (which were stopped after three months) and have completely ignored the mountain of evidence from other studies and autopsy reports identifying persistent infection (chronic Lyme) following extensive antibiotic treatment.

The 2001 antibiotic treatment study found; “no evidence of B. burgdorferi in a total of more than 700 different blood and cerebrospinal fluid samples from the 129 patients in these studies.”

Two Controlled Trials of Antibiotic Treatment in Patients with Persistent Symptoms and a History of Lyme Disease
http://www.nejm.org/doi/full/10.1056/NEJM200107123450202#article_references#t=references

Not a single positive Dr. Klempner? Doesn’t this statistically prove that your methodology was fatally flawed???

On 02/28/2022 5:40 PM CARL TUTTLE <runagain@comcast.net> wrote: “Ms. Logan was treated with many months of oral and IV antibiotics so how does this one single patient culture immediately positive for the infection when hundreds of test subjects from the Klempner trials did not?”

To: The Tick-Borne Disease Working Group,

In reference to the Klempner antibiotic trials please see the 2018 letter below addressed to Dr. Klempner; there was no response.

I would like to call attention to the attached study recently identifying chronic Lyme disease in twelve patients from Canada.

All of these patients were culture positive for infection (genital secretions, skin “Morgellons” and blood) even after multiple years on antibiotics so there was no relief from current antimicrobials. Some of these patients had taken as many as eleven different types of antibiotics.

In contrast, your 2001 antibiotic treatment study found; “no evidence of B. burgdorferi in a total of more than 700 different blood and cerebrospinal fluid samples from the 129 patients in these studies.”

Two Controlled Trials of Antibiotic Treatment in Patients with Persistent Symptoms and a History of Lyme Disease
http://www.nejm.org/doi/full/10.1056/NEJM200107123450202#article_references#t=references

Not a single positive Dr. Klempner? Doesn’t this statistically prove that your methodology was fatally flawed?

Did you culture skin and genital secretions as the Middelveen paper reports? It would appear that you conveniently stopped looking after your results supported the existing thirty year dogma; chronic Lyme does not exist.

Persistent Lyme disease is not new and has been intentionally/deceitfully suppressed for decades as described in the Vicki Logan case identified in the following letter to past CDC Director Barbara Fitzgerald:

In 1991 B. burgdorferi had been isolated in culture from Vicki Logan’s CSF (CDC’s laboratory in Fort Collins CO.) despite prior treatment with 21 days of IV cefotaxime and 4 months of oral minocycline.

The dishonest science here in the U.S. has denied chronic Lyme which stifled research to find a curative approach. Now the rest of the world is suffering.

We have lost nearly four decades to this 21st century plague due to the racketeering scheme identified in the RICO lawsuit filed by SHRADER & ASSOCIATES, LLP against the Infectious Disease Society of America, seven IDSA Panelists and eight insurance companies. The U.S. Centers for Disease Control has aligned itself with the seven IDSA Panelists identified in this lawsuit.

Lyme is an incurable disease when not treated immediately which is spreading across North America and deceitfully misclassified as a low-risk and non-urgent health issue. Patient experience is describing a disease that is destroying lives, ending careers, causing death and disability while leaving victims in financial ruin. Current antimicrobials are ineffective for eradicating all forms of the Borrelia spirochete.

Public outcry has been ignored for decades while the Centers for Disease Control sat on evidence that this infection was not easily treated with a one size fits all treatment approach as dictated by the Infectious Diseases Society of America.

Once again your studies were fatally flawed while supporting the controlling dogma leaving hundreds of thousands if not millions worldwide with a persistent infection and absolutely no relief. We have another AIDS on our hands.

-US Department of Justice 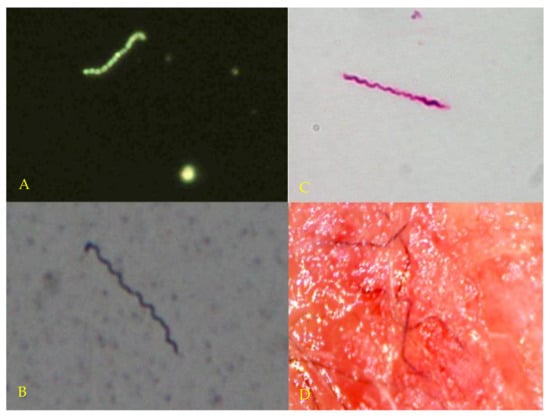 Introduction: Lyme disease is a tickborne illness that generates controversy among medical providers and researchers. One of the…
https://www.mdpi.com

Thanks to your support this petition has a chance at winning! We only need 52,056 more signatures to reach the next goal – can you help?

Comments Off on The Chronic Lyme Debate Part 2