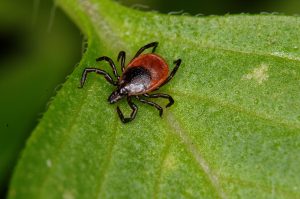 Lyme Disease Association (LDA) Announces CDC’s 2019 Final Lyme Disease Reported Case Numbers:  The Centers for Disease Control & Prevention (CDC) has just released the 2019 final Lyme disease reported U.S. case numbers–34,945. CDC reported that cases were ~4% more than in 2018, and the geographic distribution of areas with a high incidence of Lyme appears to be expanding based on data reported to National Notifiable Disease Surveillance System (NNDSS). The number of counties with an incidence of ≥10 confirmed cases per 100,000 persons increased from 324 in 2008 to 432 in 2019.

Reporting Delay Explained  Final Lyme disease case numbers are usually reported in the fall of the next year (for 2019, should have been reported in 2020). The CDC has responded to LDA inquiries over time that reporting was delayed due to the pandemic and thus to shortages of resources/personnel at many government levels, which was no surprise to anyone following the numbers’ delay.  CDC also had a note on the reporting page that “Due to the coronavirus disease 2019 (COVID-19) pandemic, data from some jurisdictions may be incomplete.”

Past Estimates of Underreporting  In the past,  CDC has reported that only 10% of cases are actually reported─ that translates into 349,450 actual new Lyme cases in the US in 2019.  However, in 2021, the CDC announced that:

“A recently released estimate based on insurance records suggests that each year ~ 476,000 Americans are diagnosed & treated for Lyme disease(1,2). ” Prior Lyme estimates based on claims data had indicated “~300,000 people get Lyme disease  each year.”

It appears clear from the number of patients culled from insurance data as being diagnosed and treated annually for Lyme disease in the U.S. that cases are vastly under-reported.

Doctors in low incidence states are often either afraid to diagnose Lyme or do not understand that surveillance criteria are not meant as diagnostic criteria.

Read about Diagnosis by Geography

Comments Off on 2019 Lyme Case Numbers Finally Released by CDC

How to Apply Repellent