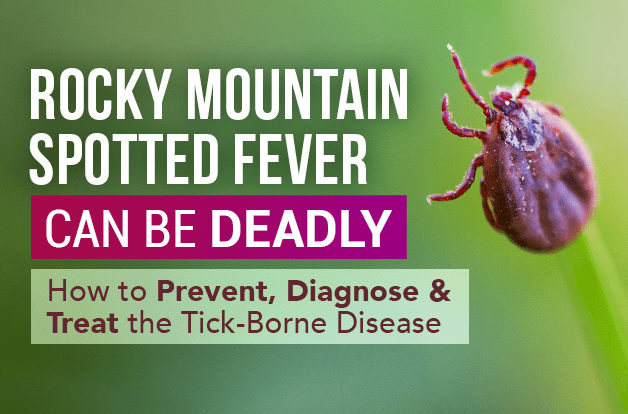 Rocky Mountain Spotted Fever Can Be Deadly: How to Prevent, Diagnose, and Treat the Tick-Borne Disease

When it comes to tick-borne diseases (TBD), there are several other infections with the potential to make you sick beyond the best-known Borrelia burgdorferi, the bacteria that causes Lyme disease.

For starters, there are well-known Lyme disease coinfections like Bartonella and Babesia that may compound Lyme symptoms and add insult to injury for many people. Cases of these are on the rise as environmental and climate patterns continue to shift in such a way that supports tick populations, and as housing developments expand into wooded areas, bringing people, animals, and ticks in increasingly close proximity to one another.

Additionally, there’s an emerging threat of lesser-known pathogens that seem to garner media attention each year. One such infectious agent is Rickettsia rickettsii, a bacteria that causes Rocky Mountain spotted fever (RMSF). 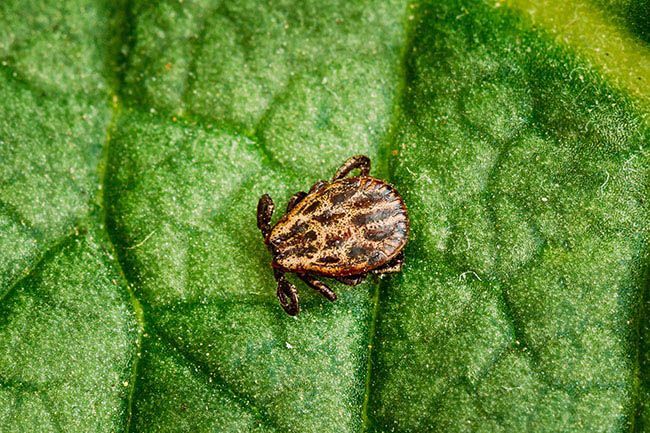 RMSF is spread through the bite of an infected tick. Whereas black-legged ticks are the arachnids responsible for Lyme disease, the Rocky Mountain wood tick, the brown dog tick, and the American dog tick are the chief transmitters of RMSF.

Prompt medical intervention is crucial for a successful recovery from RMSF — the consequence of delaying treatment can be life-threatening. Here, we’ll discuss the broad strokes of RMSF, including signs, symptoms, testing, and treatment.

RMSF is a gram-negative obligate intracellular bacteria — in other words, it’s a parasitic-like microorganism that grows and reproduces inside a host’s cells. As a pathogenic disease, it was first reported in the 1920s.

The disease is part of a larger category called Spotted Fever Rickettsiosis (SFR). In 2010, the name was given to signify a group of related conditions caused by the Rickettsia bacteria for which the available serologic testing can’t discriminate between the different species of the disease-causing bacteria.

Each year, there are approximately 2,000 new cases in the United States, as reported by the Centers for Disease Control and Prevention (CDC). However, in 2017 RMSF cases jumped to 6,248, with marginally fewer cases reported in 2018.

To better understand RMSF, it helps to know some facts about testing methods, times of the year when ticks are most active, and the profile of people who are most at risk of contracting the illness.

Because the testing doesn’t identify which species of Rickettsia is the culprit, there’s no way to tell how many cases are specific to RMSF versus other Rickettsial diseases that may cause less serious types of spotted fevers. However, the mortality rate for RMSF may be between 5% and 10%, according to a review in The New England Journal of Medicine. By comparison, related Rickettsial bacteria like Ehrlichia and Anaplasmosis have fatality rates of 3% and 1%, respectively.

2. The Transmission of RMSF Varies Depending on Geography and Time of Year.

Ticks carrying RMSF tend to be most active in May through August, but there’s some variability due to geographic location in the U.S. and the type of tick that’s carrying the pathogen. Like Lyme disease, ticks carrying RMSF may be active year-round in parts of the country where temperatures stay above freezing.

Although RMSF can be found throughout the United States, the majority of cases come from these five states:

3. Certain Individuals May Be More At Risk of Acquiring RMSF.

People who live near wooded areas or in an area of the country known to be hospitable to ticks are at risk of acquiring the infection. Additional information from the CDC indicates:

Because RMSF attacks the vascular system, one of the most vulnerable places in your body, severe illness is much more likely than you might encounter with other TBDs. On average, symptoms of RMSF generally start 12 days after a tick bite, but it can range from 5 to 21 days. 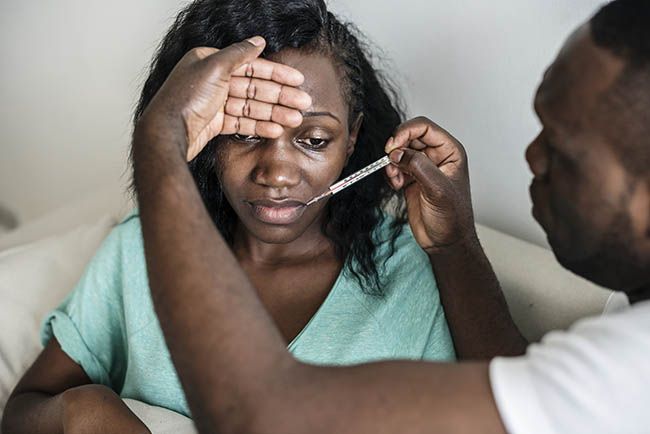 The telltale signs of infection include high fever, chills, muscle aches, and a rash. “Certainly, a history of a tick bite is a tipoff to infection,” says Dr. Rawls. “But because tick bites are painless and people often are not aware of being bitten, that history is not always helpful.”

Let’s take a closer look at the signs and symptoms of RMSF:

An important note about the rash: Typically, the rash associated with RMSF develops two to five days after the onset of fever. However, it can occur later in the course of the illness, even after treatment is started, says Dr. Rawls.

Small, pink, non-itchy spots, with a diameter of 1 to 5 millimeters, first show up on wrists, forearms, and ankles. The spots may spread to the trunk of the body and the soles of the feet as well. As the disease progresses, the spots may become red or purple, which is known as petechiae (puh-TEE-kee-uh).

However, just as some people don’t develop a rash when they contract Lyme disease, not everyone gets a rash with RMSF either.

“Diagnosis is a real challenge because Rocky Mountain spotted fever resembles other, more common infectious diseases,” says Dr. Rawls. “But it’s critical to initiate therapy early in the course of the disease, especially if you live in an endemic area.” 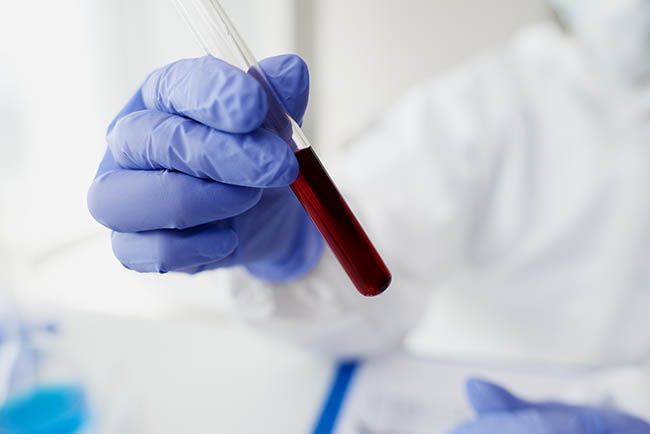 Because time is of the essence, your healthcare provider will likely initiate treatment first, and then test to confirm the diagnosis of RMSF. Testing methods that may be used include:

“There are a lot of variables that play into why a person becomes sick with Rocky Mountain spotted fever, but if they become ill, they become very ill,” says Dr. Rawls. “It’s a microbe where, if you develop symptoms, you need antibiotics to try to knock down the infection as quickly as possible.”

Serious complications, like the loss of extremities (fingers, toes, or limbs), can occur due to a decrease in circulation, especially if treatment is delayed. For acute RMSF, the standard of care is doxycycline. “Herbal therapy shouldn’t be used as the primary therapy, but it can be used as a supportive measure,” advises Dr. Rawls.

The following are treatment recommendations, according to the CDC:

Antibiotic therapy should be administered for 30 days, suggests Dr. Rawls, or until three days after the fever subsides. At a minimum, treatment with antibiotics should be no shorter than five to seven days as per CDC guidelines. If a patient doesn’t respond to doxycycline, that’s an indication that acute tick-borne infection isn’t present, and other infections such as a virus or Babesia may be causing symptoms.

If an individual doesn’t tolerate doxycycline, a broad-spectrum antibiotic called chloramphenicol may be used. However, this drug carries with it a high potential for side effects. The dosage for chloramphenicol is12.5 mg per kg of body weight orally every 6 hours. In certain cases, IV antibiotics may be required in some people with acute RMSF.

Although treatment for RMSF requires antibiotic therapy, herbs can be used to protect vascular cells, promote healing, and act as a complement to drug therapy. However, remember to consult with your doctor before adding natural remedies to your existing treatment protocol. 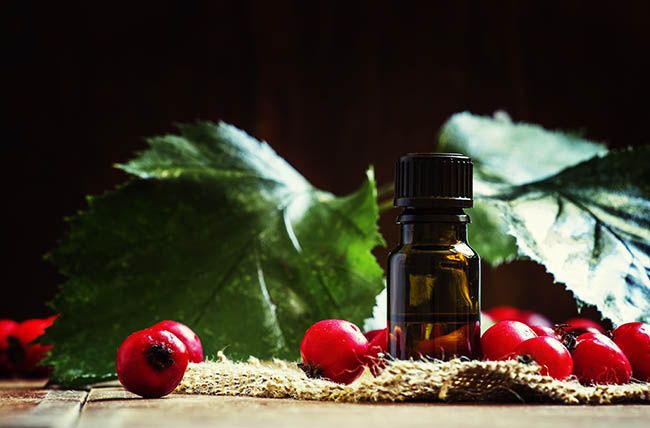 Here are some of Dr. Rawls’ preferred herbs and natural ingredients of choice:

1. To improve circulation and to enhance blood flow:

2. To increase oxygenation of the tissues in the body and bolster the immune system:

3. To help decrease your microbial load and provide antioxidant support:

Ultimately, tick prevention is the key to avoiding RMSF. “We all should be vigilant about ticks,” urges Dr. Rawl. “Pay attention. If you get a tick bite, if you end up with symptoms of fever or a rash, you need to see a healthcare provider for that immediately. The quicker you get treatment, the less likely you are to have long-term ramifications.”

Dr. Rawls is a physician who overcame Lyme disease through natural herbal therapy. You can learn more about Lyme disease in Dr. Rawls’ new best selling book, Unlocking Lyme.
You can also learn about Dr. Rawls’ personal journey in overcoming Lyme disease and fibromyalgia in his popular blog post, My Chronic Lyme Journey.

REFERENCES
1. Dumler JS, Walker DH. Rocky Mountain spotted fever–changing ecology and persisting virulence. N Engl J Med. 2005;353(6):551‐553. doi: 10.1056/NEJMp058138
2. Lyme and Other Tickborne Disease Increasing. Centers for Disease Control and Prevention website. https://www.cdc.gov/media/dpk/diseases-and-conditions/lyme-disease/index.html
3. Rocky Mountain Spotted Fever Epidemiology and Statistics. Centers for Disease Control and Prevention website. https://www.cdc.gov/rmsf/stats/index.html
4. Rocky Mountain Spotted Fever Treatment. Centers for Disease Control and Prevention website. https://www.cdc.gov/rmsf/healthcare-providers/treatment.html
5. Rocky Mountain Spotted Fever. MedlinePlus website. https://medlineplus.gov/ency/article/000654.htm
_____________________
For more:  https://madisonarealymesupportgroup.com/2018/09/14/rocky-mountain-spotted-fever-rmsf/
https://madisonarealymesupportgroup.com/2018/08/16/new-tick-causes-epidemic-of-rmsf/
RMSF, normally transmitted by the American dog tick and the closely related Rocky Mountain wood tick, has also been spread by the brown dog tick — a completely different species.  And here, we discover it’s been found in the Asian Longhorned tick and is capable of being transmitted within ticks through ova.  https://madisonarealymesupportgroup.com/2020/05/05/asian-longhorned-tick-able-to-transmit-rmsf-in-lab-setting-also-transmitted-within-ticks-through-ova/
This is a great example of how ticks are spreading things they are not known to spread, as well as the fact they are now being found in new places and it has nothing to do with the weather:  https://madisonarealymesupportgroup.com/2018/11/07/ticks-on-the-move-due-to-migrating-birds-and-photoperiod-not-climate-change/

Comments Off on Rocky Mountain Spotted Fever Can Be Deadly: How to Prevent, Diagnose, & Treat it

Dr. Meryl Nass Discovers Hydroxychloroquine Experiments Were Designed to Kill COVID Patients- How Many Were Murdered?