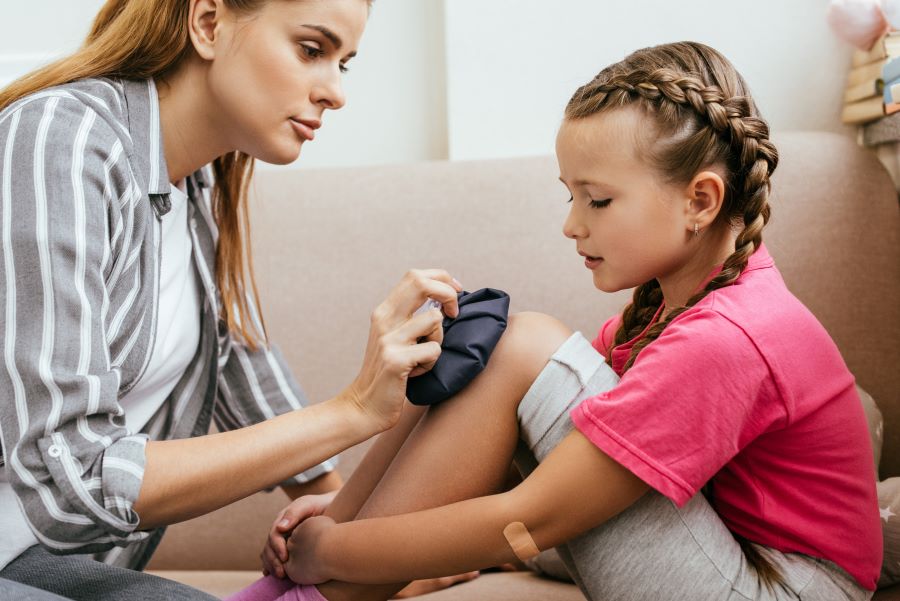 Symptoms of Lyme disease may not present immediately following a tick bite. As this case report highlights, taking a thorough medical and travel history can be crucial in diagnosing and treating the illness.

In their article, “Ten-year-old Omani Girl with Lyme Arthritis,” Mughaizwi and colleagues describe a young child who had lived in the United States for 5 years before moving to Oman.¹ One year after her return to Oman, she developed symptoms of Lyme arthritis.

“We report a 10-year-old girl who presented with acute arthritis of the left knee, which was confirmed as Lyme arthritis by serology and molecular assay,” the authors wrote.

The patient had lived in upstate New York for several years and recalled having 2 tick bites. The bites occurred 2-3 years prior to her onset of symptoms.

One year after returning to Oman, the young child began experiencing pain and swelling in her left knee, which worsened over the course of a week. She reportedly had no other physical complaints or joint pain.

“Our patient gave a history of tick bites at least a year prior to her current presentation.”

An examination “revealed marked left knee swelling, mildly tender and warm to touch, extending 2 cm above and below the knee joint,” the authors wrote. Additionally, “There was mild erythema at the superolateral aspect of the joint.”

The child, initially treated for septic arthritis, was eventually diagnosed with Lyme arthritis based on her history of tick bites.

The young girl made a complete recovery following 4 weeks of treatment with IV cefuroxime.

The authors point out:

How do you distinguish Lyme arthritis from septic arthritis? 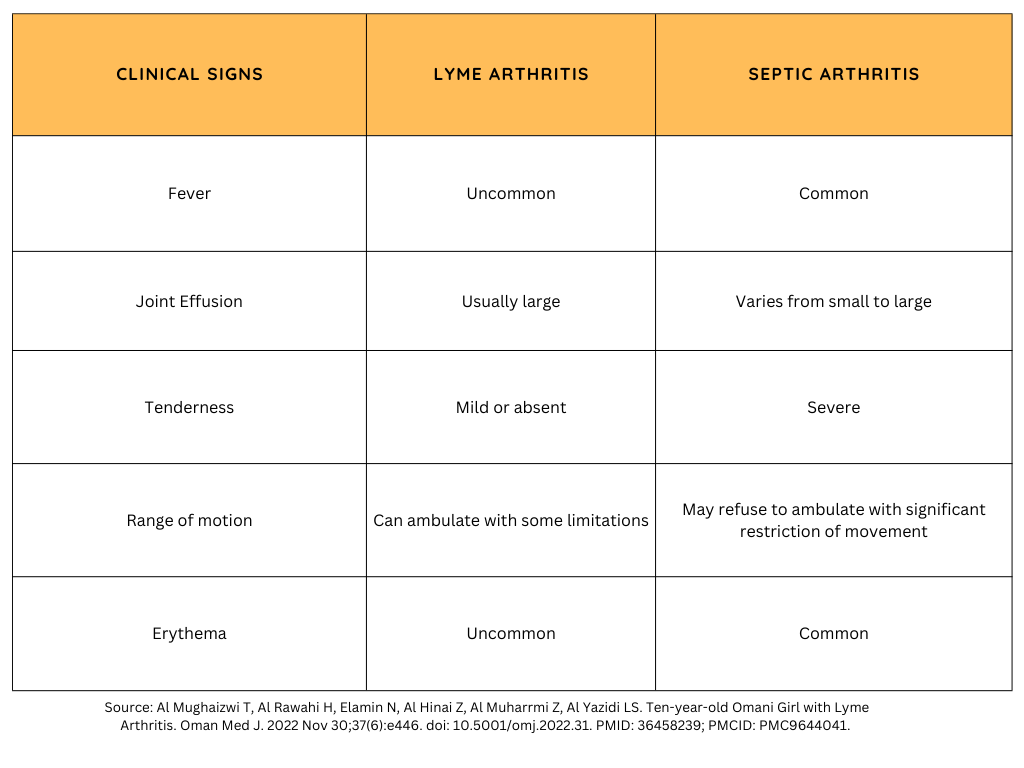 Diagnosing Lyme arthritis of the hip in children

Lyme arthritis in children can present throughout the year

Will steroid injections help children with Lyme arthritis of the knee?