For more on MCAS: https://madisonarealymesupportgroup.com/2017/04/17/mast-cell-activation-syndrome-lymemsids/

Mast Cell Disease and Vaccination: Is There Increased Risk? 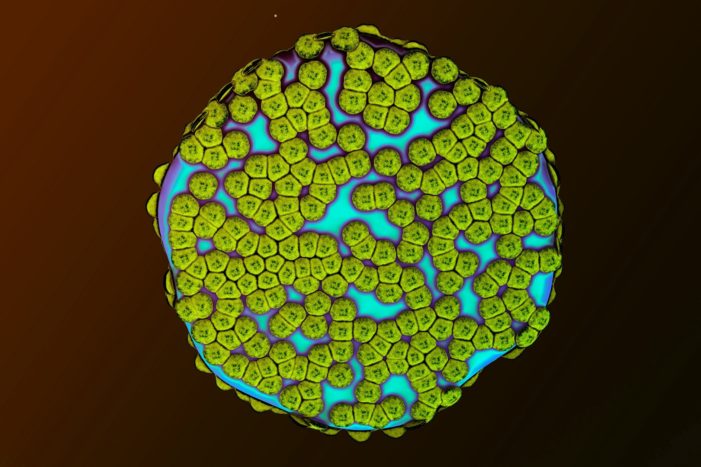 Do you or does someone you know have severe symptoms of itching, rashes, flushing, stomach or other body pain, frequent diarrhea, nausea, fatigue, brain fog, headache and severe allergies to certain foods, medications or insect stings that may include fainting episodes or anaphylaxis? Although it has been classified as a rare immune system disorder, there are indications that Mast Cell Activation Syndrome (MCAS) may be more prevalent than previously thought and people can suffer for years without being correctly diagnosed.1 With severe allergies and chronic inflammatory diseases increasing in populations around the world, scientists are investigating the association between mast cell dysregulation and various brain and immune system disorders ranging from asthma, inflammatory bowel disease and chronic fatigue syndrome to ADHD, depression, autism and cancer.2 3 4 5

What are Mast Cells?

Mast cells are often described as the body’s sentinels because they modulate and orchestrate the immune response and play a critical role in innate and adaptive immunity, as well as maintaining homeostasis in the body.6 7 Mast cells and basophils are types of white blood cells (granulocytes) that are made in the bone marrow. While basophils circulate in the blood, mast cells reside in tissues, primarily connective and mucosal tissues near blood vessels and nerves of the skin, gastrointestinal, respiratory and genitourinary tracts, and the brain.8  9

Mast cells and basophils are part of the body’s first line of defense when responding to injury or foreign antigens, such as pathogenic bacteria, viruses, parasites, protozoa, fungi and toxins.10 During the immune system’s normal protective response to a perceived threat, mast cells can release over 200 potent pro-inflammatory mediators within seconds of activation, including histamine (amino acid product), heparin (anti-coagulant), tryptase (enzyme) and cytokines (cell signaling protein molecules).11 12

What is Mast Cell Disease and MCAS?

The most serious of mast cell activation diseases (MCAD) is systemic mastocytosis, which can develop when genetically altered mast cells infiltrate and accumulate in large numbers in major organ systems, such as the skin, liver and intestines.15 16 A rare form of MCAD is aggressive systemic mastocytosis, usually caused by somatic mutations in the KIT gene, which progresses rapidly and causes organ damage and failure.17 An even rarer form of mast cell disease is mast cell leukemia and mast cell sarcoma.18

Mast Cell Activation Syndrome (MCAS) is a common variation of mast cell disease and can be more or less severe depending upon epigenetic, environmental, lifestyle and other host factors. MCAS occurs when a normal amount of mast cells inappropriately and chronically release histamine and other pro-inflammatory mediators that can lead to persistent inflammation in one or more parts of the body. Over time, chronic inflammation can damage cells if inflammation cannot be resolved and every organ in the body can be affected.19

Systemic mastocytosis is estimated to affect 1 in 10,000 people. However, the prevalence of MCAS is not known and some researchers estimate the less serious forms of mast cell dysregulation could affect between 10 and 30 percent of populations.20 21

Symptoms of MCAS can wax and wane and often various symptoms start in early childhood, although people generally do not get diagnosed for decades after symptoms appear. The effects of mast cell dysregulation can cause a plethora of diverse symptoms, depending on where the mast cells are activated in the body.

When mast cells overeact to a benign substance as if it were a foreign antigen posing a serious threat, symptoms can be life threatening like when a person has an anaphylactic reaction to peanuts.24 Mast cell over-activation and release of large amounts of histamine in the body can be unpredictable, so people with MCAS are at risk of reacting to different foods, alcohol or medications at any time, leaving them uncertain as to when they might have another reaction to something they previously were not aware was a trigger for mast cell activation.25 Many people with MCAS carry an epi-pen with them in case of anaphylaxis.

Diagnosing mast cell disease is difficult and involves blood and urine testing and, less frequently, skin or bone marrow biopsy.26 Most medical doctors in general practice are not well informed about MCAS, while doctors specializing in functional medicine tend to be more familiar with symptoms. Functional medicine focuses on a personalized, integrative approach to investigating root causes of health problems by analyzing the unique genetic, epigenetic, biochemical, environmental and lifestyle factors that affect an individual’s immune function and influence the development of complex chronic diseases.

Because MCAS can present differently in different people, the goal is to identify individual triggers for mast cell activation, including food (such as gluten, dairy, baker’s yeast, shellfish, nuts, wheat, corn); or chemicals (alcohol, certain prescription medications, MSG, aspartame, artificial dyes, cleaning products); mold and spores; extreme heat or cold; vigorous exercise; stress or other potential triggers and avoid them.27 There are many unanswered questions about mast cell disease and few prescription drug treatments.28 There is evidence that certain flavonoids (such as Quercetin and Rutin) inhibit histamine release and expression of pro-inflammatory cytokines in mast cells. 29

Because overactive mast cells release pro-inflammatory mediators causing widespread inflammation in the body, MCAS has been implicated in a number of diseases that involve chronic inflammation and immune dysfunction. There is evidence that MCAS is related to allergic/inflammatory diseases, autoimmune disorders, and autism spectrum disorder.30 31

Histamine is a neurotransmitter that facilitates communications between neurons throughout the nervous system. Histamine levels in the body help control the sleep and wake cycle and influence metabolism, thyroid function, reproduction and management of stress, as well as regulate body temperature, maintain fluid balance in the body and other important functions. Histamine can also increase permeability of the blood brain barrier.35

People with histamine intolerance lack sufficient levels of Diame oxidase (DAO), a gut enxyme, and histamine N-methyltransferase (HNMT), a liver enzyme, which break down and detoxify histamine in foods, medications or alcohol. When these enzymes fail to do their job, high levels of histamine circulate in the blood and cause histamine intoxication.36 Eating histamine-rich foods, drinking alcohol or taking prescription drugs that release histamine and or inhibit DAO or HNMT enzyme activity can cause high histamine levels and symptoms like diarrhea, headache, sinus congestion, heart palpitations, itching and flushing, low blood pressure and many other symptoms.

Some researchers have suggested that the relationship between immune response and brain function may be negatively affected when toxins cross the blood brain barrier during a critical point in neural development, causing neurotoxicity and immune dysregulation that disrupts the natural neuron pruning process and contributes to the development of autism spectrum disorders. 44 If the immune system is dysregulated, it can affect the formation and necessary removal of physical connections between neurons that is critical to maintaining healthy brain cell function.45

ASD children have a higher rate of allergies (30%) compared to neurotypical children (2.5%). Tufts University Professor Theodore Theoharides, PhD, MD, who has conducted extensive research into mast cell disorders, has published a series of studies on the association between MCAS and autism. The evidence he has provided suggests that overactive mast cells in the brain and gut triggered by non-allergic stimulus can lead to brain inflammation and chronic brain dysfunction with symptoms diagnosed as autism. Evidence that mast cells play a role in ASD is also supported by the fact that the hypothalamus, which regulates behavior and language, houses the majority of mast cells in the brain and people with ASD often have problems associated with language and behavior.46

What Are Co-Factors for Developing MCAS?

Currently, MCAS is not considered to be a genetically inherited disease but there is evidence for epigenetic predisposition to development of MCAS as it tends to run in families, albeit with varying degrees of severity and presentations in individuals within the same family.47 Perinatal stress, environmental exposures, DNA methylation, somatic genetic mutations and interactions between microbiota and mast cells have been proposed as contributing co-factors.48 49 50

According to University of Minnesota Professor Lawrence Afrin, MD, an oncologist and leading mast cell authority, mast cell disease can present with different manifestations and outcomes for each person because every person is unique:

When the immune system repeatedly mounts an inappropriate acute inflammatory response to antigens or non-allergic substances, it can lead to unwanted chronic inflammation in the body that is common to a number of immune and neuroimmune system disorders.52 53 Vaccination stimulates an inflammatory immune response that promotes production of antibodies and the acquisition of artificial active immunity.54 However, unlike naturally acquired immunity that involves a normal inflammatory response producing both innate (cellular) and humoral (adaptive) immunity, most vaccines manipulate the immune system in way that only stimulates production of vaccine strain antibodies and humoral immunity.55

Because vaccine acquired artificial immunity is temporary, many vaccines contain adjuvants, such as aluminum or squalene, to stimulate a strong inflammatory response in the body, which involves mast cell activation.56 There is mounting scientific evidence that when individuals cannot tolerate hyper-stimulation of the immune system, the atypical inflammatory response to vaccination can remain unresolved, become chronic, and lead to allergy and autoimmunity.57

Vaccines contain many ingredients, including chemicals, virus like protein particles and heavy metals, such as aluminum adjuvants and mercury (Thimerosal) preservatives, as well as other substances that can cause inflammation.58 59 Mercury can activate and destabilize mast cells,60 61 which disrupts the blood brain barrier and makes it easier for mercury to enter the brain where it can remain for long periods of time.62 Even a low concentration of mercury has been shown to activate mast cell mediators in the brain. Scientists have demonstrated that Thimerosal-derived ethylmercury is a mitochondrial toxin and may damage mitochondrial DNA.63

Polysorbate 80 is a chemical emulsifier added to some vaccines. Polysorbate 80 has the ability to help deliver substances across the protective blood brain barrier and into the brain.64 When toxins enter the brain, mast cells are activated and cause inflammation.65 Polysorbate 80 has also been shown to increase histamine levels in animal studies.66

Cases of pertussis vaccine-related brain inflammation followed by development of autism were first described in the book DPT: A Shot in the Dark published in 1985.71 72

Is Mast Cell Disease a Risk Factor for Vaccine Reactions?

Mast cells play an important part in keeping the body healthy, but when they malfunction, can cause system wide chronic inflammation in the body that interferes with quality of life or can even cause death.

Dr. Afrin recently related the story of a patient,

“who in the first year of his life had been perfectly normal and then, within hours of his first DTP vaccine at age one, developed into just a terrible multi-system inflammatory mess, including essentially acute onset autism.” When he was 20 years old, biopsies tested positive for mast cells. He was subsequently treated for MCAS with remarkable improvement.73

Most babies in the U.S. are being given 25 doses of nine different vaccines (or more) by their first birthday and can receive eight or more vaccines simultaneously.74 As mentioned previously, there are ingredients in vaccines that provoke inflammatory responses in the body that involve mast cell activation.75

Although for the past several decades, most pediatricians and public health officials have rejected the possibility of a relationship between vaccination and the development of allergic and autoimmune disorders,76 the apparent increase in mast cell dysregulation in highly vaccinated populations deserves more in-depth investigation.

The two outstanding questions are:

There is urgent need for more basic science research into how and why MCAS and histamine intolerance occurs and whether vaccination is a co-factor in increasing individual risks for mast cell dysregulation.

Comments Off on MCAS, Vaccination, & Lyme/MSIDS

Tuttle’s Response to the NEJM Article