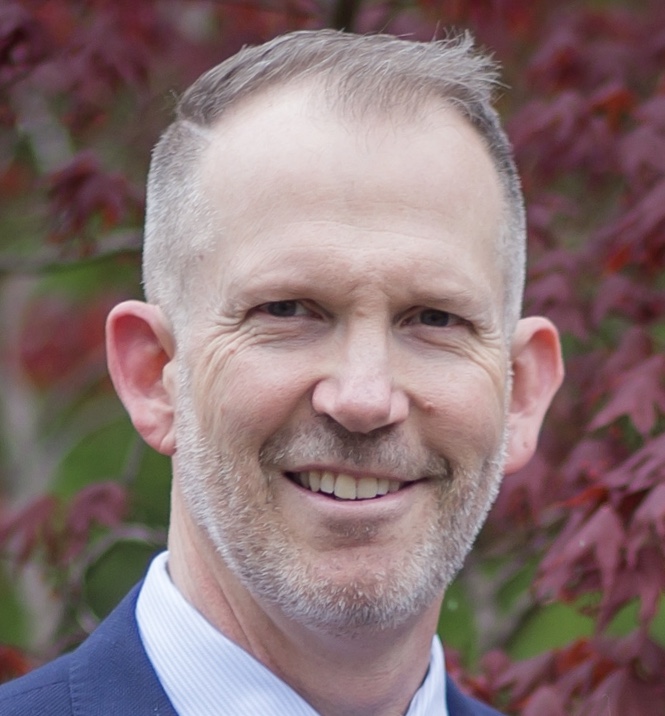 Thank you for having me today and thank you for hearing my story. I am a father, husband, friend, voter in Ohio, software executive, former NCAA sprinter turned ultra-marathon runner and a US Army Veteran.

I am now also, not by choice, but by circumstance, a Lyme warrior and advocate for the Lyme and tick-borne illness community.

My own Lyme journey, unbeknownst to me, started in 1989, during Army Basic Combat Training at Ft Dix, New Jersey. I was bitten by three ticks. In my subsequent 7 years of service, tick bites were a common occurrence, including at Ft Leonard Wood, Missouri.

As a young soldier, I thought nothing of the small pests and was not trained to treat them as a threat. This just was not the priority or the science of the day. I never got sick from the bites. I never saw an unusual rash. I drove on like every other soldier. In short, those bites were non-eventful.

It was not until after a shoulder surgery in 2015 that the effects of the tick bites became clear. On a Saturday morning, I ran and won a 5k. On Monday morning, I could not walk up my own stairs. There were the literally hundreds of tests. From spinal taps, to sleep tests, to blood tests, to liver tests, brain scans, endoscopy, you name it. The results were always ‘normal’ and conducted by either general practitioners or by specialist referral.

Over the next 7+ years, symptoms have only worsened, to include extreme headache for the entire time (yes, that is a 7+ year headache), tremors, extreme fatigue, memory loss, getting ‘lost’ on routine errands like picking up the kids from school, almost weekly localized seizures, loss of hearing and extreme, prolonged and consistent pain in joints and connective tissues. All of which are common in Lyme and other tick-borne disease patients. In short, these diseases torture everyday people for months, years and decades.

Also, over that period of time, I have tried every bespoke treatment from each of these specialists. I have spent tens of thousands of dollars out of pocket for treatments, co-pays on doctors and tests.

The costs of this epidemic on families, the economy and military readiness are incalculable. Tick-borne diseases affect millions in the United States (and around the world). Over 400,000 are added to that list every year.This is exacerbated by the denial of insurance or even the existence of the problem. This not only causes great financial hardship for American families, but also a drain on the economy In addition, military personnel are some of the more vulnerable to tick-borne disease by the nature of their environments.

What needs to be done

First, we need to mandate the recognition of and clinical diagnosis of Lyme disease. The testing is widely known not to be accurate. These symptoms are real and in no other environment would we say that the symptoms do not justify the diagnosis. Failure to come up with a test does not justify the denial of a diagnosis or treatment. It’s nonsensical.

Second, insurance needs to be mandated to cover the costs of this disease like any other. That will have the effect of driving costs down, expanding the research and improving the overall health and well being of both civilian and military populations.

Lastly, we need REAL funding to create reliable testing and treatments. I’m not talking about millions, or tens of millions, or even hundreds of millions. This is an epidemic as serious as COVID, breast cancer, and AIDS–and should be funded as such with billions in research on testing and cures.

Finally, I want to thank the working group for your tireless efforts to champion this cause and to inform Congress on solutions and prioritizing this epidemic. Thank you for your time.

Similarly to the beliefs of this patient, the answer does not lie in giving more funding to agencies that have done nothing but further the misery of Lyme/MSIDS patients for over 40 years.

And, contrary to this excellent, “must see” video, the answer also does not lie in “medical consensus,” as this information was published nearly 4 years ago with ZERO change in this highly sought after “consensus.”  The pervasive propaganda about Lyme/MSIDS is so complete that about the only hope for truth is that the deniers contract it, so they personally fully grasp the deception; however, even that doesn’t assure understanding as thousands are coming down with COVID, experiencing adverse reactions, and even dying after getting the COVID gene therapy injections and people are still rolling up their sleeves for more!  The disconnect is surreal, but there you have it:

A lie can travel halfway around the world while the truth is putting on its shoes.

Genes As Biomarkers for Chronic Lyme?

Dr. Gatti is Back: New Paper Shows Metals and Parasites in Plasma From a Treated Lyme/MSIDS Patient & That DFPP With Chelating Agents Might Detox These Microparticles