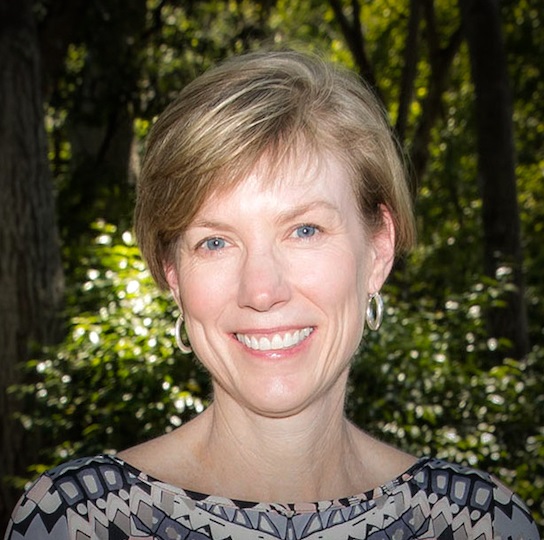 Unless you’ve been living under a rock for the last few years, you’ll have learned that tick-borne diseases are on the rise across the United States.

Many theories exist as to why this is the case. However, most scientists that study ticks and their habitats agree that a combination of reasons—including climate change and human encroachment into tick habitats—are at least partially to blame.

Although Lyme disease (caused by the bacterium Borrelia burgdorferi) is the most common disease that humans acquire from tick bites, ticks can unfortunately transmit several other bacteria, viruses, and parasites to humans.

Multiple infections can even be transmitted during the same bite. The confusing and overlapping disease symptoms caused by multiple infections makes it extremely difficult for doctors to recognize, diagnose and treat the different infections.

The most commonly reported tick-borne disease after Lyme disease is babesiosis, caused by infection with the parasite Babesia. This parasite, just like its cousin, Plasmodium falciparum (malaria), infects red blood cells and can cause anemia, thrombocytopenia (low platelets) and other serious, sometimes life-threatening symptoms.

Babesia microti, the most common infectious parasite in the US, is typically found where Lyme disease is found—the Northeast, Mid-Atlantic, and Midwest, although most reported cases come from the Northeast.

But why the overlap in this geography with Lyme disease? It turns out that the presence of B. burgdorferi in an ecosystem facilitates the establishment of B. microti in ticks.

Notably, Borrelia can affect the innate immune system—meaning that a co-infected individual might not be able to mount a sufficient immune response at either stage to fight either pathogen optimally.

Babesia is of special concern to doctors and scientists for a few reasons. Like Borrelia, the parasite can be transmitted by an infected mother across the placenta to an unborn child. The resulting infection can be dangerous in a newborn and has been documented in a case where the pregnant mother was not tested for babesiosis despite a Lyme diagnosis.

Another reason Babesia is concerning is its invasion of the blood supply. Babesia can survive blood banking conditions and hundreds of cases have been documented through blood transfusions.

Infected organ transplantation has also led to Babesia transmission and infection by this route is especially problematic. Transplant patients must take immunosuppressants in order not to reject the new organ, leaving them even more susceptible to opportunistic infections.

As noted earlier, Babesia is a specific family or “genus” of pathogens and there are different species within the genus in different regions of North America.

The West Coast of the US has at least one species which infects humans: Babesia duncani (Babesia divergens has also been found in Washington state).

Although there are very few reported cases of B. duncani, some research suggests that it has been found in human infections in other North American locales as well and there are transfusion-associated cases in the literature.

Interestingly, the strains from California—while looking the same under the microscope—differ in genetic sequence from other known Babesia strains (notably, a strain called WA1) on the West Coast. Therefore, there is significant genetic diversity even within the same B. duncani species.

Yet, strangely, despite the overlap in regionality of B. duncani and Lyme Borrelia in California, Oregon and Washington, B. duncani has not been found in Ixodes pacificus (western blacklegged) ticks. These are the ticks that harbor and transmit B. burgdorferi in the western US.

Found in a different tick

Scientists have found one tick, Dermacentor albipictus, the winter tick, that harbors B. duncani. D. albipictus is not known to bite humans often, instead spending almost their whole life on large mammals like deer or moose. These ticks also have been found to parasitize horses, cats and dogs in different parts of the country.

Clinically in humans, B. duncani can be very serious. It has been difficult to even study this species because the parasite could not be grown in a lab setting until very recently, and lab-infected mice and hamsters die within a few weeks of being infected.

The first human cases included two patients who died of the infection. Yet most doctors on the West Coast have never heard of it.

New studies show that B. duncani has acquired resistance to regular antiparasitic drugs including atovaquone, azithromycin, clindamycin, and quinine.

But recent in vitro studies sponsored by Bay Area Lyme Foundation have shown that an herbal compound studied and used in Africa against malaria (cryptolepis sanguinolenta) has shown positive treatment effects against both B. duncani and B. burgdorferi in in vitro studies.

Some physicians are already using this herbal medicine in their patients in the US. (Please note: this herb has shown some toxicity and should not be taken without physician supervision)

Doctors need to suspect additional tick-borne infections—many do not

While Babesia has only been a CDC-reportable disease for a decade, we do know it is the most commonly reported tick-borne infection after Lyme disease.

Despite that knowledge, babesiosis is typically not discovered until later, if at all. Obviously when a patient is infected with both a bacterium and a parasite, multiple drugs are usually required for effective treatment.

Research from the MyLymeData patient registry confirms the finding that Babesia is the most common co-infection among chronically ill patients.

Prompt and complete diagnosis of patients with tick-borne infections—bacteria, viruses and parasites, is paramount to giving patients the best chance at full recovery.

While Lyme disease is the most common tick-borne infection, there are others that can also cause congenital infections, severe disease and even death.

Testing for babesiosis is somewhat better than for Lyme, since a pathologist can actually see a Babesia parasite in red blood cells on a blood smear. However, it requires the doctor to suspect an additional tick-borne infection and order the blood smear analysis by the pathologist, which many do not.

Until we have more sensitive testing, (preferably unbiased, direct pathogen testing which detects ALL tick-borne infections), and more targeted, effective therapeutics, thousands of cases of Lyme and co-infections, including Babesia, will be misdiagnosed yearly, with sometimes fatal consequences.

Wendy Adams is Research Grant Director for the Bay Area Lyme Foundation and on its Advisory Board. She has served as a member of the federal Tick-Borne Disease Working Group and is a member of the Lyme Disease Advisory Committee of the California Department of Health.

FDA Exec: ‘Biden Wants to Inoculate As Many People As Possible’ & ‘Almost a Billion Dollars a Year Going into FDA’s Budget from the People We Regulate’. Califf to Head FDA: Corruption Continues…