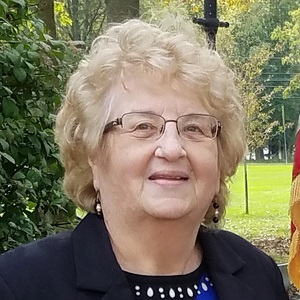 Forty-six years after a mother alerted public health about an unknown disease affecting her Connecticut neighborhood, patients still await answers about Lyme disease and help from the federal government− little has been forthcoming.

I approached him because my school district had many seriously ill students and staff members who could find little medical help and no assistance for disrupted educations. Congressman Smith set up a Washington DC meeting for me with CDC and NIH officials to present a report on nine Monmouth/Ocean NJ school districts in the same situation, yet no public health authorities were involved to help the districts.

Officials were shocked and could not believe the devastation I described to them. They subsequently came to NJ and did their own study of five of the school districts, which confirmed the effects on the districts and these children. Congressman Smith held a Congressional meeting in Wall Township which overflowed the room. The CDC presented its study, and I spoke at this meeting as did my daughter who was then suffering seizures from Lyme.

The CDC refused to publish its school study, continuing to tell me they would, so the LDA asked the Lyme Times [published by LymeDisease.org] to publish it a few years ago for all to read, as it had been presented publicly by CDC.

Patients and advocates have been benefiting from Mr. Smith’s efforts to help us change that situation. Working with Congressman Smith, the Lyme Disease Association has been able to get bills introduced and passed over decades; educate federal & state legislators; help set up a federal Tick-Borne Disease Working Group under the Department of Health and Human Services; help parents threatened with Munchausen-by-proxy [an accusation that the parents have made the child sick] whose children were going to be removed because of long-term treatment with antibiotics; and help doctors whose licenses were threatened for treating with antibiotics. Sadly, some parents still have had their children removed and Lyme-treating physicians continue to be harassed.

Uncomprehendingly, we are left with many asked but unanswered questions. There continues to be government resistance to solving even the most basic issues. One is the continued use of tests discussed during a 1994 meeting where dissenting researchers were refused the right to present a minority report—tests which studies have shown are less than 50% accurate, whereby a person can test negative and still have the disease. Scientists have come forth over time with tests to be examined, but CDC has appeared to have neither considered them nor recommended them for further study to our knowledge.

Why do CDC and NIH continue to rely on one set of treatment guidelines for Lyme disease which recommend (read: allow) only a few weeks of doxycycline for a complex organism such as Borrelia burgdorferi bacteria that causes Lyme disease, when there is another set of guidelines that permit doctor discretion?

Why are patients still told: it’s in your head; you need a psychiatrist; you’re cured because you had two weeks of treatment; you have to learn to live with it; don’t use alternative therapies; it’s not Lyme? (When you ask what is it, the response is a shrug.)

Why are some patients being misdiagnosed with MS, ALS, CFS, FM, lupus, ADD, RA, Alzheimer’s, and Parkinson’s which turn out to be Lyme and other tick-borne diseases apparently causing these symptoms in a number of cases?

Why are doctors who help patients get better with long-term and combinations of antibiotics still called quacks, unable to be a part of insurance plans, and subject to medical board actions?

Why is research being privately funded in prestigious institutions investigating antibiotic treatment options while the government says research is done, and that long-term antibiotics don’t work and can be harmful?

Many doctors, scientists, patients, and advocates have known for decades it’s “chronic Lyme”—persisting symptoms after short-term treatment. This occurs in 20% or more of Lyme patients−often combined with other tick-borne diseases, almost 20 of which are now found in the US, and can be acquired singly or in combinations.

Those suffering or helping these patients have been ridiculed in media over the decades, with Lyme called a housewife’s disease, a yuppie disease, mass hysteria, conspiracy theory, hoax perpetrated by those anti science.  In 2021, the “long haulers” of COVID 19 have thankfully not been scorned or shamed, why are “chronic Lyme” sufferers singled out for this abuse?

Why investigate any biowarfare origins?

The origins of COVID19 have already been investigated and linked with the NIH having been shown to have funded “gain of function” research—modifying a biological agent to confer new or enhanced activity to that agent. Why is it then a conspiracy theory to investigate the murky origins of Lyme?

Biowarfare has been out there for hundreds of years.

“Man has used poisons for assassination purposes ever since the dawn of civilization, not only against individual enemies but also occasionally against armies. However, the foundation of microbiology by Louis Pasteur and Robert Koch offered new prospects for those interested in biological weapons because it allowed agents to be chosen and designed on a rational basis.”  (F. Frischnecht, Pasteur Institute: 2003, EMBO, “The History of Biological Warfare”-see NIH website)

It’s time for government transparency. Provide whatever the truth is about tick releases and other tick-borne disease experiments that some US scientists have come forth with and that government documents appear to support

476,000 people are diagnosed and treated annually in the US according to CDC. They and the general public deserve to know what happened in the past, to aid in the search for prevention and cure of Lyme and other tick-borne diseases.

Pat Smith is President of the Lyme Disease Association, which funds research, promotes education and jointly puts on an annual scientific conference with Columbia University. From 2017-2020, she served on the federal Tick-Borne Disease Working Group.