No Lyme Disease in California? That’s a Misplaced Impression

No Lyme disease in California? That’s a misplaced impression 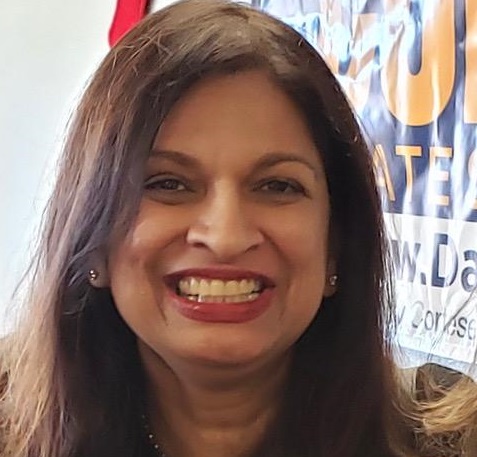 Lyme disease is the most common and the fastest-growing vector-borne disease in the country, and constitutes a significant public health threat, with  476,000 new cases each year from 2010 to 2018.

This is a zoonotic bacterial infection transmitted to humans by the bite of infected blacklegged ticks, also known as deer ticks, found in 56 of 58—or 97%—of all counties in California.

Ticks are arachnids that attach to humans or animals to feed on blood. They are called vectors because when they feed on a Lyme-infected animal, they transmit it to the next human or animal they bite. The primary infective agent of Lyme is the spirochete bacteria Borrelia burgdorferi.

There is a misplaced impression that Lyme disease does not exist in California. In reality, tick season is year-round in California; a recent study found disease-carrying ticks near beaches, in equal rates to woodland habitats, in parts of northwestern California.

A single bite can transmit many diseases, termed co-infections, which makes the illness severe and complicated. The bite, unlike that of a mosquito, does not cause immediate irritation. In addition, nymphal ticks are the size of poppy seeds that are hard to detect.

Symptoms can be immediate or gradual

Some people get immediate symptoms (such as bone-crushing fatigue, fever, sore throat, migratory musculoskeletal pain, cognitive problems and sleep disturbances), while others experience a gradual onset of the same symptoms and descent into ill health. The myriad symptoms mimic many different diseases, earning Lyme the moniker “The Great Imitator,” making it harder to diagnose.

Lyme diagnostic tests remain unreliable and the classic bull’s-eye rash only shows in a subset of patients. Even when present, it may appear in a part of the body not noticeable—like the back of the head—or not recognizable.

Early diagnosis and treatment is key for a quick recovery, and that is where awareness can be life-altering. If left untreated, Lyme disease can affect all organs of the body, including the brain, nervous system (causing meningitis and encephalitis) and heart (causing Lyme carditis and sometimes death).

To increase awareness, Santa Clara County has promoted National Lyme Disease Awareness Month and the Centers for Disease Control and Prevention’s online Tick Lunch and Learn Series on its Facebook pages. In addition, the Board of Supervisors passed a commendation in August 2020 to recognize the prevalence of Lyme disease.

I applaud Supervisor Dave Cortese (now State Senator) and the County of Santa Clara Board of Supervisors’ actions. I am confident that they will continue to bring attention to this important issue.

My family was exposed at a Santa Clara County park. The debilitating illness took us to 26 different doctors and specialists over an entire year, before a diagnosis was eventually made because of the widespread and mistaken notion that Lyme does not exist in California.

This needs to be extended throughout our state. Nonprofit organizations like LymeDisease.org and the Bay Area Lyme Foundation are working to raise awareness and support medical research. Their websites, as well as that of the California Department of Public Health, provide invaluable information including simple prevention strategies.

COVID and Lyme disease have many overlapping symptoms and similarities, creating the potential for misdiagnosis. In a subset of Lyme patients, symptoms can persist even after treatment, reminiscent of long-haul COVID. Long-haul COVID and chronic Lyme also have overlapping longer term symptoms such as extreme fatigue, pain and cognitive dysfunction.

We must recognize the struggle of millions suffering because long-haul COVID and chronic Lyme have become persistent infections for them. Our medical system needs resources and support to treat, cure and eradicate the diseases, otherwise the number of chronically ill and disabled people will continue to grow exponentially, triggering economic and social ramifications that will impact us all.

Raeena Lari, a resident of San Jose, serves as vice chairperson of the County of Santa Clara Health Advisory Commission. This article was published in the San Jose Spotlight.

Comments Off on No Lyme Disease in California? That’s a Misplaced Impression

58% of Infant Deaths Reported to VAERS Occurred Within 3 Days of Vaccination, Research Shows & ‘This is Really a Giant Experiment’