58% of Infant Deaths Reported to VAERS Occurred Within 3 Days of Vaccination, Research Shows & ‘This is Really a Giant Experiment’

58% of Infant Deaths Reported to VAERS Occurred Within 3 Days of Vaccination, Research Shows 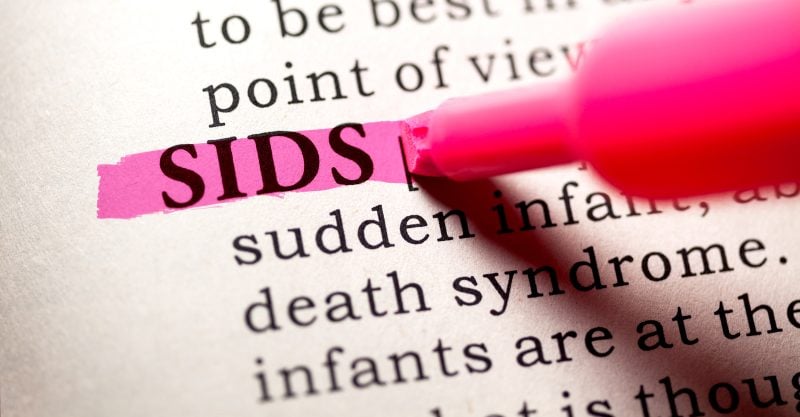 In a new research paper published in the journal Toxicology Reports, author Neil Z. Miller reports on the relationship between sudden infant death syndrome (SIDS) death and the timing of vaccination, based on the Center for Disease Control and Prevention’s (CDC) Vaccine Adverse Events Reporting System (VAERS) database.

SIDS is defined as the sudden and unexpected death of an infant that remains unexplained after a thorough investigation. Although there are no specific symptoms associated with SIDS, an autopsy often reveals congestion and edema of the lungs and inflammatory changes in the respiratory system, according to the National Center for Health Statistics Vital Statistics of the United States 1988, Volume II, Mortality, Part A, Public Health Service, 1991.

Prior to contemporary vaccination programs, SIDS — sometimes referred to as “crib death” — was so infrequent it was not mentioned in infant mortality statistics.

After the national immunization campaigns were initiated in the U.S. in the 1960s, for the first time in history, most U.S. infants were required to receive several doses of DPT, polio, measles, mumps and rubella vaccines.

By 1980, SIDS had become the leading cause of postneonatal mortality (deaths of infants from 28 days to one year old) in the U.S.

As Miller points out in his article, the ICD category for vaccine-related death, or cause of death as “prophylactic inoculation and vaccination,” was eliminated when the ICD was revised in 1979 — despite the fact that this information would be useful in trying to understand the relationship between vaccination and death.

But Miller, a medical research journalist and the director of the Thinktwice Global Vaccine Institute, provides an alternative route for establishing such a correlation — by observing the temporal relationship between vaccines and reported infant deaths, including SIDS deaths, in the CDC’s VAERS database.

Miller found the excess deaths within these ranges were statistically significant (p<0.00001), meaning the chance that this result is random is less than 0.001%.

The same type of clustering was present in the 1,048 reports of infant deaths (out of the total 2,605) reported to VAERS specifically as SIDS.

According to Miller, if there were no correlation between vaccination and infant deaths, one would expect to see an even spacing of deaths within the time range reported prior to vaccination —- not a clustering of deaths as Miller found.

Miller included a comprehensive literature review in his paper refuting the “official” claim that the SIDS epidemic was curtailed by having infants sleep on their backs — as recommended by the “Back to Sleep” campaign, initiated in 1992 by the American Academy of Pediatrics.

The subsequent rate of SIDS dropped by an annual average of 8.6% between 1992 and 2001. However, the neonatal mortality rate due to “suffocation in bed” increased during that same time at an average annual rate of 11.2%.

Other similar causes of infant death also increased significantly during this period, as reported by Miller. Further, from 1999 through 2015, the U.S. SIDS rate declined 35.8%. while infant deaths due to accidental suffocation increased 183.8 %.

Miller also affirms his main results from the paper (i.e., the temporal clustering of SIDS deaths with vaccination) through the discussion of seven additional peer-reviewed studies and two confidential reports.

On average, these authors found that substantial proportions of infant deaths occurred within one day (mean = 25%), three days (mean = 49%) and seven days (mean = 71%) post-vaccination, matching the results of the present study.

Mechanistically, vaccine injury has been tied to SIDS multiple times. Matturri et al. (2014) examined 13 SIDS deaths occurring within seven days of a hexavalent vaccine.  Analysis of the brainstem and cerebellum of the deceased infants showed brain edema and congestion in all victims.

The authors hypothesized that “several compounds and immuno-potentiation adjuvants of the hexavalent vaccine might easily go beyond the blood-brain barrier, which in the first year of life is still immature and quite permeable, inducing neuronal molecular alterations in DNA, RNA and proteins of brainstem neurons regulating vital functions, with consequent fatal disorganization of respiratory control in particularly predisposed infants.”

Specifically, these authors implicated aluminum-based adjuvants in the dysregulation of respiratory control.

Scheibner and Karlsson (1991) monitored infant breathing during sleep before and after the DPT vaccination, revealing an increase in episodes where breathing nearly ceased or stopped completely. These episodes, which continued for several weeks post-vaccination, were not seen prior to vaccination.

Despite the official insistence that SIDS deaths are not caused by vaccination, as Miller points out, the National Vaccine Injury Compensation (NVICP) is set up to compensate families of individuals who are injured and/or die from vaccine administration.

Death from vaccination is compensated with $250,000 for “pain and suffering” to family members of the deceased victim. Conditions typically leading to death that are considered “table injuries” to be compensated under the NVICP include anaphylaxis and encephalopathy or encephalitis.

Kari Bundy, who lost her son after his four-month vaccinations, said she’s always been “flabbergasted” at the denial of the medical community of the link between SIDS and vaccines. “For me, it was too obvious to even attempt to ignore,” Bundy said.

“A few days after his routine four-month vaccinations, my husband and I discovered his dead body in the middle of the night, laying on his side, his body still warm,” Bundy said

Mason’s autopsy came back “unremarkable,” aside from some thymic petechiae, which is the most common gross finding in SIDS cases at autopsy.

“I was assured time and time again that he had not suffocated,” Bundy said.

When Mason died, Bundy learned if you can’t pay for a funeral, you can’t have one. So a few months after Mason’s death, she founded a nonprofit called Mason’s Cause, to provide grants to cover funeral costs for families who had experienced the loss of a child under the age of 1.

“I never wanted any parent to experience this devastating loss and not be able to bury their child,” Bundy said. She continued running the charity for just under 2 years, during which time she worked with 94 different families who experienced the death of a child under age 1.

“When I realized SIDS seemed to be undeniably related to vaccines, I realized I could no longer dedicate my life to running a charity that would help bury babies,” Bundy said. “That’s when I realized I wanted to save babies by speaking out about the real risks of vaccination.”

Bundy, who works for Children’s Health Defense as translations coordinator, said she’s grateful for research like Miller’s because it shows what she and all SIDS parents already knew — healthy babies don’t just die for no apparent reason.

Listen to the interview with Neil Miller, author of the study of SIDS and vaccines, on the “Right on Point” Podcast by clicking on top link.

“Plus, we don’t know what the long-term impact of these vaccines is, so this is really sort of a giant experiment,” Carson explained. “Do we want to put our children at risk, when we know that the risk of the disease to them is relatively small, but we don’t know what the future risks are? Why would we do a thing like that? It makes no sense whatsoever.” Dr. Ben Carson

Comments Off on 58% of Infant Deaths Reported to VAERS Occurred Within 3 Days of Vaccination, Research Shows & ‘This is Really a Giant Experiment’

No Lyme Disease in California? That’s a Misplaced Impression