Lyme in California – What You Need to Know

Lyme disease in California: What you need to know 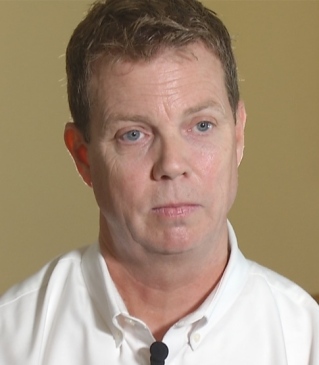 BAKERSFIELD, Calif. (KBAK/KBFX) – Lyme disease, widely thought to be an east-coast illness, is widespread across California, and growing rapidly.

The disease often gets misdiagnosed and goes under reported, but researchers say Californians and doctors need to be aware.

Chris Parlier is a Bakersfield City Councilman, and father of two. He has been battling Lyme disease for almost 20 years.

A former cop and special agent for the California Department of Justice, Parlier went investigating a suspected meth lab in the mountains of Tick Canyon between Santa Clarita and Palmdale in the late 1990’s.

“I thought that if I was ever going to get injured in the line of duty, maybe I’d get shot, a car wreck, some sort of exposure at a methamphetamine lab,” Parlier said. “But never in my wildest dreams would I think that a tick would get on me and cause such a horrific illness.”

A few weeks later, he came down with what seemed like the flu. When he noticed a rash on his upper thigh, he visited a Bakersfield doctor.

Observing the Erythema Multiforme rash, often called the “bull’s-eye rash”, and Parlier’s other symptoms of muscle and joint pain, Parlier was diagnosed with Lyme disease.

“It started with losing feeling in parts of my limbs, my left side of my body, especially my left leg, my left arm. I started getting involuntary muscle response, my hand would move by itself sometimes, and my leg would do that too. And it got to the point my speech started being impaired and my walking started to be impaired,” Parlier said.

Parlier sought treatment from a specialist at UCLA, and after a year of aggressive antibiotics and protracted therapy, his strength came back. Parlier considers himself lucky to have caught it.

Fewer than half of Lyme disease cases ever show the bull’s-eye rash, and the symptoms of the disease mimic other diseases that lead to frequent misdiagnosis.

There are over 100 strains of the bacteria that cause Lyme disease, but the standard test doctors give won’t detect all of them, and researchers say as many as half of Lyme cases go undetected.

“The testing that we have is fairly antiquated, it’s an old technology,” Dr. Sunjya Schweig, co-founder and co-director of the California Center for Functional Medicine, said. “No better than flipping a coin.”

Lyme disease infects 300,000 Americans a year, and it’s thought to be most prevalent in the Northeastern United States, according to the Center for Disease Control. But it’s a rapidly growing threat in California, where tick season isn’t just in spring and summer, it’s all year round.

“The real number in our state that has 40 million people, is probably in the thousands,’ Dr. Raphael Stricker, a Lyme disease specialist and medical director of Union Square Medical Associates, said.

Lyme disease cases have been found in 56 out of 58 counties in California. Kern county only has 21 reported cases, but its proximity to Los Angeles, San Diego, and Sonoma, all hot spots for Lyme disease, put Kern residents at a higher risk.

Why the sudden uptick? Experts suggest that people living in closer proximity with nature and building homes in more areas that used to be rural are factors leading to more humans exposed to ticks.

Anyone worried that they already have Lyme disease but haven’t gotten a confirmed diagnosis should ask for more thorough testing for other bacteria, and ask a doctor to test for other tick-borne infections.

The International Lyme and Associated Diseases Society encourages doctors to begin antibiotic treatment for patients they suspect could have Lyme disease based on a clinical assessment of their symptoms, even if they don’t test positive for the disease.

Parlier still gets an immunoglobulin injection every month to support his immune system, but lives a relatively normal, active life, serving the Bakersfield community.

“I realize that the illness may never go away completely,” Parlier said. “But there will still be joy in my life.”

More on Lyme in California:  https://madisonarealymesupportgroup.com/2018/05/19/infected-ticks-in-california-its-complicated/

Comments Off on Lyme in California – What You Need to Know