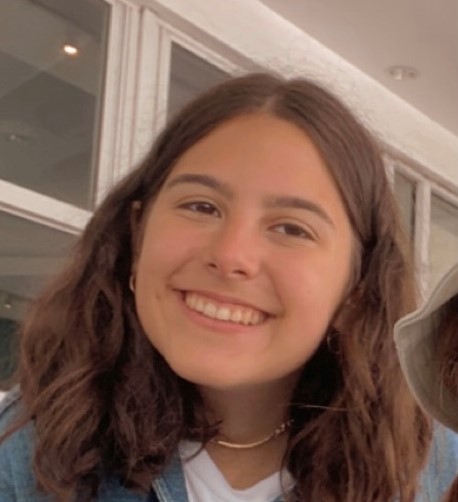 Many of you reading this don’t need me to explain what often happens when you bring up chronic Lyme disease to others. You’ve probably dealt with it plenty of times.

When you talk about your chronic illness that affects you every day, people assume it’s like a two-week cold. In places outside of the Northeastern US, Lyme is often assumed to be rare. This makes it even less likely that people will believe your diagnosis.

Some illnesses automatically bring out sympathy and consolation from others. But Lyme generally brings about confusion, even after an awkward and often long-winded explanation.

Here’s a bit little about me. I’m 17 years old and was diagnosed with juvenile rheumatoid arthritis at 14, and later chronic Lyme and Bartonella at 16. My arthritic symptoms greatly limit what I can do most days.

This was especially true at the start of my treatment. If I mustered up the strength to hang out with my friends, I would limp behind them or struggle to keep up as they rushed through shopping malls or parks.

Although they would always ask what was wrong, I never wanted to get into the nitty gritty of my complicated diagnosis and treatment. So, I’d brush it off, telling them it was just a small injury. When I pulled out my pills after meals, I’d swallow them off to the side so my friends couldn’t see.

When school started in person, I tried to avoid limping and used the stairs instead of the elevator. I didn’t want anyone to know, because I knew that none of them would understand even if I explained it to them. Thus, I absolutely refused to talk about my illness with others.

But this denial kept everything bottled up inside. Then, I came across an article by a 17-year-old girl who dealt with Lyme disease throughout high school. She wrote about feeling robbed of teenage experiences that she should have enjoyed, because of a disease that went undiagnosed for too long.

Those were my exact thoughts and feelings! That article has stuck with me, as I realized that, of course, there are other people like me. Other teenagers with Lyme who feel just as lonely and isolated as me and would give anything for people to understand them.

I searched for support groups for those with Lyme disease. But most groups I found were made up of adults who didn’t have the same experiences as me – going to school while sick, missing out on social events like prom, or the combined weight of being a teenager and a Lyme disease patient. My parents put me in touch with some adults they knew with Lyme, but talking to them, while helpful, was sometimes awkward.

I decided to make my own support network. Called On-Lyme, it’s an online community of adolescents with Lyme and co-infections. I chose a Discord server to be the core of it because it’s essentially a large group platform that makes it easy to chat with others casually.

[Editor’s note: Discord is an online platform that allows users to communicate with voice, video, text messaging, media and files.]

Through this, I’ve made meaningful connections with people in different states, countries and even continents. Other teens have shared their stories with people who won’t judge but sympathize. We complain about painful symptoms, the messed up medical system, or laugh about Shrek. We share advice and comfort each other when times are tough.

My closest online friends are fellow Lyme patients. One lives in Massachusetts, and we Zoom call weekly, talking about whatever is on our minds. Lyme does come up often. It’s easy with her. I know that she understands my frustrations with friends or experimenting with a new round of antibiotics.

My other friend lives in Scandinavia. We talk almost every day, regardless of the distance or time difference. Our shared experiences connect us in a way that I don’t feel with even my closest in-person friends.

The importance of community

With a disease as stigmatizing as Lyme or Bartonella, it’s important to have a supportive community behind you. A community that understands and sympathizes with you. And while teenagers and young people with Lyme aren’t the most common types of Lyme patients, we still exist.

So, to the teen out there who is desperately searching for others who understand, I hope this article impacts you like the one that I read impacted me.

Find comfort in knowing that you aren’t alone, and that there are better days ahead, even if today sucks.

That’s something I’d wish someone who understood how bad it was in the moment could have told me months ago.

For those rough days, for those good days, and the ones in between, On-Lyme or whatever support community you end up falling into is there for you. You are stronger than you know and will get through this. But it doesn’t hurt to have some people backing you up as well.

Babesia Symptoms Can Be Deadly: A Family’s Story