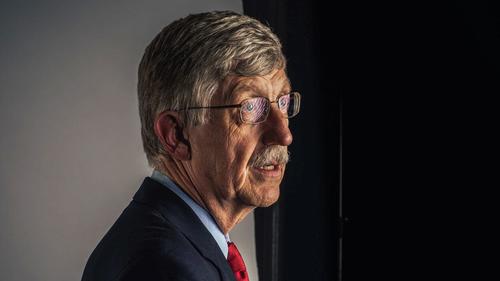 In a blistering Sunday night interview, CNN’s Pamela Brown (credit where it’s due) absolutely grilled Collins over the NIH’s funding of New York-based nonprofit, EcoHealth alliance, which performed textbook Gain of Function research – genetically engineering bat coronaviruses so they can infect humans. Last week the NIH admitted that EcoHealth violated the terms of a grant by failing to report their achievement (which EcoHealth denies), sending both Fauci and Collins into full damage control over the weekend.

Now, the official story is that while EcoHealth violated their contract, and are allegedly ‘in trouble’ for failing to report their achievement, the NIH and NIAID (Collins and Fauci) maintain that the research still wasn’t risky enough to qualify for enhanced oversight.  (See link for article and video interview)

Collins and Fauci are experts at word-craft.  They redirect, distract, filibuster, and deceive with semantics.

Brown repeatedly presses Collins to explain how NIH could not know FOR TWO YEARS that its own contractor @EcoHealthNYC had done research making bat coronaviruses more infectious to humans, and Collins uses every rhetoric trick to dissemble and distract… I’ll explain…

While Collins admits Ecohealth did some things they should have reported, he believes they didn’t do anything that requires special oversight.  The problem with this argument is if Ecohealth HAD reported their results, it would have triggered the very oversight Collins is so quick to state wasn’t needed. The article points out Collins’ straw man construct that the research in no way is connected with COVID, and then blames Congress. He has to audacity to state that none of this research put human lives at risk, and that we should just believe these criminals are being transparent despite the fact NIH and NIAID, while cutting off funding in Wuhan, have awarded EcoHealth millions in other contracts, and the NIH has ignored several Congressional requests for information and records about its work in China.

Ron Paul warned that the NIH is still funding the research:

Realize that NIH is still funding Ecohealth collaboration with Wuhan thru 2025. Fauci has publicly stated his support for Continuing US taxpayer funding of Wuhan. https://t.co/Aq7n8JUst0

“This is US taxpayer dollars going to risky research and I believe every American deserves to know about it.” Pamela Brown

Correction: Every person on planet earth deserves to know about it.

Regarding transparency, if the NIH has nothing to hide, why did it just scrub “Gain-of Function” from its website?

“Dr. Collins’s time as NIH director has been marked by unprecedented levels of taxpayer funding for grotesque and illegal experiments with aborted baby body parts and even live-aborted infants,” Daleiden told the Free Beacon. “Before he leaves the NIH directorship, Dr. Collins should comply with the congressional document requests in full and salvage his legacy by revealing the full truth about government-sponsored trafficking of aborted infants.” – David Daleiden, founder and president of Center for Medical Progress  Source

NIH budget increased 37% under Collins and is now $41 billion per year.

President Biden will nominate a new director, who will be voted on by the Senate.

And it is YOUR money that has been spent.”  Dr. David Martin  Source

During a Department of Justice oversight hearing, Representative Andy Biggs questioned Merrick Garland about Fauci’s lies, noting that they constitute perjury, asking whether Garland would be opening an investigation.

Garland responded “Again, I’ll refer to the long standing departmental norm that we don’t comment about investigations pending or unpending, the general point that you’re making normally would come with a referral from the relevant committee.”

FDA Rubber Stamps Pfizer’s Plan to Inject 28 Million Kids With COVID Jab: Committee Member States the Only Way to Know it’s Safe is After They Just ‘Start Giving it’