How Many Americans Have Died After Taking COVID Vaccines?

Tucker Carlson: How Many Americans Have Died After Taking COVID Vaccines?

Fox News commentator, Tucker Carlson, cited government statistics showing more Americans have died after getting the COVID vaccine in four months than from all other vaccines combined in more than a decade and a half. 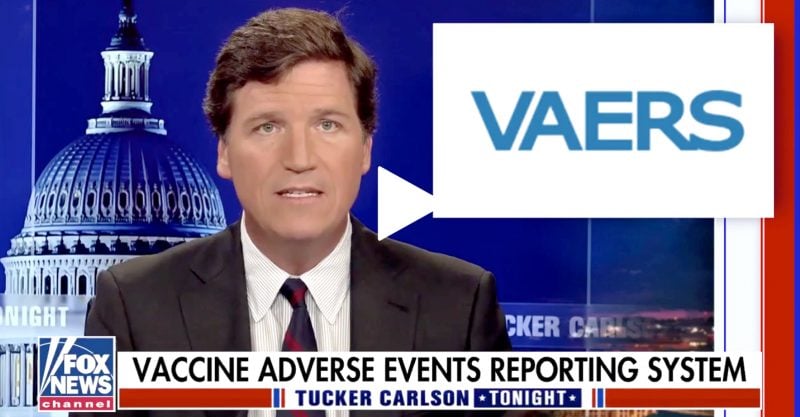 Fox News commentator, Tucker Carlson, frequently reminds viewers that overall, he thinks vaccines are a good thing — but that doesn’t mean he doesn’t have questions about COVID vaccines.

In fact, he has a lot of questions. And, he said, he should have the right to ask them.

“More people, according to VAERS, have died after getting the shot in four months during a single vaccination campaign than from all other vaccines combined over more than a decade and a half,” said Carlson.

The number of deaths is likely much higher than what VAERS is reporting, Carlson said, citing reports submitted to the Department of Health and Human Services in 2010 that found “fewer than 1% of vaccine adverse events are reported by the VAERS system.”

Carlson also mentioned in his segment:

Carlson asked great questions that everyone should be asking and demanding answers to.

Comments Off on How Many Americans Have Died After Taking COVID Vaccines?

CDC Up to Their Same MO: “Anxiety” is Causing Adverse Reactions to COVID Injections Just Like Chronically Infected Lyme Patients Are Simply ‘Making It Up’