Norway upped the number of deaths under investigation, from 23 last week to 33, while in Germany, health officials said they are investigating 10 deaths that occurred among elderly patients who received the COVID vaccine. 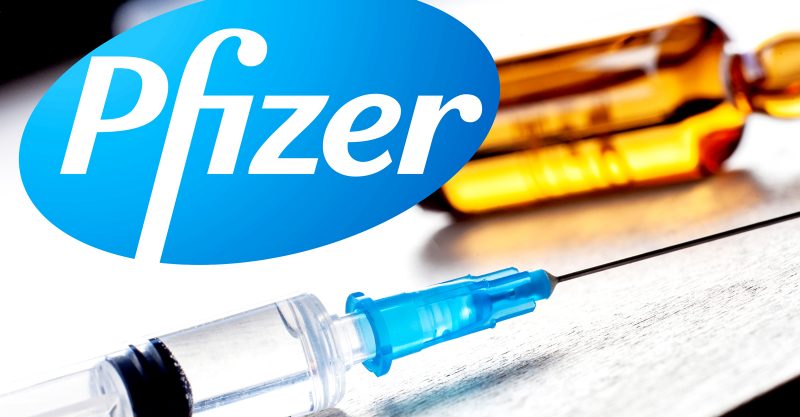 China health experts say Norway and other countries should suspend the use of mRNA vaccines like those produced by Pfizer and Moderna, especially among the elderly, according to Global Times.

Norway health officials said last week they were investigating the deaths of 23 elderly people who died shortly after receiving the vaccine, and had confirmed 13 of those were directly related to the vaccine.

Today, Bloomberg reported that the number of deaths under investigation in Norway had risen to 33 and that all had occurred in people ranging from age 75 to 80. According to Bloomberg, Camilla Stoltenberg, head of the Norwegian Institute of Public Health, said at a press conference today:

“It is important to remember that about 45 people die every day in nursing homes in Norway, so it is not a given that this represents any excess mortality or that there is a causal connection.”

The Norwegian Medicines Agency previously told Bloomberg that all of the deaths occurred in people who received the Pfizer-BioNTech vaccine, which until Friday was the only COVID vaccine approved for use in Norway.

The Norwegian Institute of Public Health, which had originally prioritized the elderly for the vaccine, has since revised its advice to urge more caution when vaccinating the elderly, especially those with underlying conditions.

The institute told Bloomberg that “for those with the most severe frailty, even relatively mild vaccine side effects can have serious consequences. For those who have a very short remaining life span anyway, the benefit of the vaccine may be marginal or irrelevant.”

The Institute also admitted to Global Times that the clinical trials that resulted in emergency approval of the vaccine included “very few people over the age of 85,” but added “we assume that the side effects will largely be the same in the elderly as in those over 65 years of age.”

According to the Global Times, a Beijing-based immunologist who requested anonymity said the mRNA vaccines had not proven safe for large-scale use or for preventing infectious diseases. Noting that people over 80 have weaker immune systems, he said they should not receive the vaccine, but instead should take medicines to improve their immune systems.

Meanwhile, The BMJ and other news outlets reported last week that in Germany, the Paul Ehrlich Institute is investigating 10 deaths in people ranging in age from 79 to 93 who died shortly after receiving the COVID vaccine.

So far, there’s no word of any investigation into the deaths of 29 elderly people at a nursing home in New York. According to a Jan. 9 news report from Syracuse.com, a single nursing home in upstate New York vaccinated 193 residents beginning on Dec. 22 and subsequently reported 24 deaths within the span of a couple of weeks.

The facility attributed the deaths to a COVID-19 “outbreak,” even though there had been no COVID-19 deaths in any nursing homes in the entire county “until the first three deaths … were reported Dec. 29.”

Florida health officials and the U.S. Centers for Disease Control and Prevention are investigating the death of a 56-year-old doctor who died of a rare autoimmune disease 15 days after getting the Pfizer vaccine. A Johns Hopkins scientist told the New York Times it was a “medical certainty” that the death was related to Pfizer’s vaccine.

The U.S. Food and Drug Administration is investigating numerous severe allergic reactions, including anaphylaxis, in healthcare workers who received the vaccine.

Sunday night, California health officials called for a pause on the use of a huge batch of Moderna’s COVID vaccine due to its ”higher-than-usual number of possible allergic reactions.” As The Defender reported this morning, California’s top epidemiologist Dr. Erica S. Pan is recommending providers pause the administration of lot ‘041L20A’ of the Moderna COVID vaccine.

According to the latest figures, updated Jan. 7, from the Vaccine Adverse Event Reporting System (VAERS), 66 deaths have been reported in the U.S. as being possibly related to a COVID vaccine. It’s estimated that only 1% of vaccine injuries are reported to VAERS.

Anyone who suspects an injury or death related to the COVID vaccine, or any vaccine, can go to the VAERS website and file a report.

Bizarrely, the head of the Norwegian Institute of Public Health’s reminder that 45 people die in nursing homes daily and that it doesn’t represent excess mortality is quite hypocritical considering the fact back in September Professor Heneghan warned that the government’s “doom mongering” scientific advisers were neglecting to tell the public there is a:

Yet, these facts don’t matter in the Twilight Zone of COVID-19, where our public ‘authorities’ have:

If you haven’t signed the petition against mandatory vaccines, please do.  It’s your body:  https://madisonarealymesupportgroup.com/2021/01/18/petition-to-stop-forced-experimental-vaccines/

Try These Alternatives Instead of Wasting Your Time on a Detox