STEP RIGHT UP: Get Your Lyme Vaccine Here! (And Booster After Booster)

STEP RIGHT UP… Get your Lyme vaccine here! (And booster after booster) 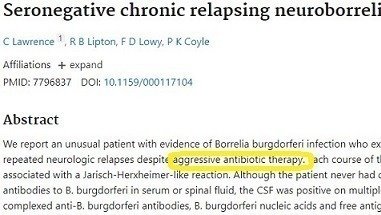 Facts you may not know…

The FDA fast tracked Valneva’s Lyme disease vaccine in 2017 (Now purchased by Pfizer) which is based on outer surface protein A (OspA) of the Borrelia spirochete. LYMErix, the previous vaccine (OspA based as well) was pulled from the market with the manufacturer claiming poor sales.

“The people who have contacted us were, prior to vaccination with LYMErix, healthy, active and energetic. Indeed, the very reason they sought the LYMErix vaccine was their desire to preserve their healthy, active lifestyle. However, what they experienced was a dramatic degradation of their health and quality of life. As will be described below, these previously healthy individuals are now afflicted with painful, at times debilitating arthritic symptoms, including joint pain and swelling, as well as extremely severe Lyme-disease-like symptoms which have persisted to this day.”

To my knowledge, there were no studies to determine why this class of people experienced serious reactions to OspA based LYMErix. And we are to believe Pfizer will bring a “safe and effective” product to market? A company that paid the highest fine for health care fraud:

A chronic relapsing seronegative disease does not fit the vaccine model so deny the chronically infected and your patents for vaccines and diagnostic technology continue to reap patent royalties as evidence of persistent infection (following the one-size-fits-all IDSA mandated treatment protocol) must be concealed/ignored at all costs.

In the interest of time I have shortened the evidence to five points below with most reference links taken from the NH COMMISSION TO STUDY TESTING FOR LYME AND OTHER TICK-BORNE DISEASES of which I was a member appointed by Governor Chris Sununu:

1. Barbara Johnson of the CDC put Advanced Laboratory Services out of business after the lab was reporting 80% positive culture results. If contamination was an issue as Johnson claimed,[1] why didn’t the CDC work with Advanced Laboratory Services to correct the problem? Culture is the gold standard for definitive diagnosis of bacterial and fungal infections worldwide but when it threatens the existing paradigm suddenly it becomes “not particularly useful.” Johnson by the way filed her own patent  [2] a year earlier for the detection, diagnosis and/or treatment of Lyme disease.

2. Dr. Sin Lee had been working with the CDC on a project to develop proficiency testing for his DNA sequencing-based tests for Lyme Borreliosis (Approved by the New York Dept. of Health) When Dr. Lee reported a case of chronic [3] Lyme through Sanger sequencing suddenly all communication stopped. A positive DNA test is irrefutable evidence of active infection.

3. The CDC refuses to recognize the mountain of publications identifying persistent infection after extensive antibiotic treatment. A chronic relapsing seronegative disease should have set off a red flag but its misclassification as a simple “nuisance disease” has left hundreds of thousands if not millions worldwide in a debilitated state.

4. The CDC refuses to recognize the disabling stage of Lyme disease as reported by the Lyme patient population worldwide because it contradicts the CDC 30yr Official Narrative; “Lyme is hard to catch and easily treated with 2-4wks of antibiotics.” Social Security disability compensation is denied leaving patients to fend for themselves.

5. Serology (Western blot) was manipulated to facilitate vaccine development. The two most significant bands, 31 (Outer surface protein A) and band 34 (Outer surface protein B) of the spirochete were removed as those who were vaccinated would test positive. Humans do not produce antibodies to Lyme disease for 4-6 weeks after a tick bite so serology has always been the wrong diagnostic tool but absolutely essential to deceptively prove vaccine efficacy.

Unimaginable pain and suffering for the sake of a vaccine while our public health officials ignore the evidence that we are dealing with an antibiotic resistant/tolerant superbug.

Where is the outrage???

To TBDWG: “The CDC has propagated a false Lyme disease narrative”
https://www.lymedisease.org/tuttle-tbdwg-false-narrative/

Re: Lyme borreliosis: diagnosis and management (Published letter to the editor of the BMJ)
https://www.bmj.com/content/369/bmj.m1041/rr-1

The same fraudulent testing, denial of life saving treatments, and patents on virtually every aspect of the disease in Lymeland, has also been seen with COVID, and has served as a clear worldwide example of collusion, fraud, and malfeasance perpetrated by corrupt government agencies, research institutions, mainstream medicine & media, and Big Pharma.

Comments Off on STEP RIGHT UP: Get Your Lyme Vaccine Here! (And Booster After Booster)

Are Parasites Making You Sick? Here’s Everything You Need to Know If You Have Lyme/MSIDS