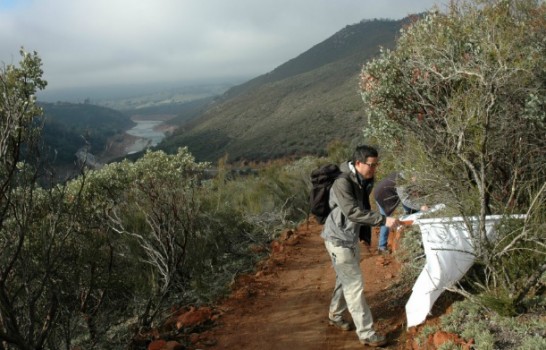 A new study published in the peer-reviewed journal Ticks and Tick-borne Diseases shows that ticks capable of carrying diseases pose an emerging threat in Colorado.

The results demonstrate that American dog ticks are present in 16 Colorado counties where they had not been previously identified by the CDC.

Furthermore, Rocky Mountain wood ticks are found in 38 of the 64 Colorado counties, whereas they had only been identified in 33 previously.

The study leveraged several sources for the study, including ticks collected by citizen scientists as part of a free tick testing program offered by the Bay Area Lyme Foundation.

“The critical takeaway from this study is that Coloradans need to take preventative measures against ticks when outdoors, such as tick checks, and doctors should be more vigilant for symptoms of tick-borne diseases including those carried by Rocky Mountain wood ticks and American dog ticks,” said Linda Giampa, executive director, Bay Area Lyme Foundation.

“This ecology study illustrates the power of leveraging citizen science, and we are grateful for the more than 20,000 ticks that were submitted to our national program and made this study possible.”

“It was interesting to us to see American dog ticks in unexpected counties in Colorado which appear to be invading from nearby states or traveling with people and pets. And also to show that Rocky Mountain wood ticks appear, for the most part, to inhabit counties at higher elevations than American dog ticks,” said co-author Daniel Salkeld, PhD, Colorado State University.

“This study is a red flag that, on the county-level, it is necessary to increase tick surveillance locally, and, on an individual level, to take precautions and know the symptoms of tick-borne diseases.”

Rocky Mountain wood ticks and American dog ticks are both known carriers of Rickettsia rickettsii, which causes Rocky Mountain spotted fever, a disease that is on the rise in the US. They also carry Francisella tularensis which causes tularemia, a potentially life-threatening disease that has seen a spike in incidence in recent data.

“The citizen science approach has been critical to supporting our efforts as widespread active surveillance programs in Colorado have had difficulty due to the state’s diverse terrain and no Colorado counties regularly conduct these,” said lead author Elizabeth Freeman, MPH, Colorado State University.

“With the knowledge that there is a risk of encountering both the Rocky Mountain wood tick and American dog tick in Colorado, there should be more motivation to further enhance surveillance studies to fully understand the public’s risk of disease.”

Citizen scientists collected and provided the ticks evaluated in the study as part of Bay Area Lyme Foundation’s Free Tick Testing program, which collected more than 20,400 ticks, of which 8,954 are Ixodes ticks capable of carrying the most common tick-borne pathogens.

This new study expands on previous research identifying ticks capable of carrying Lyme and other tick-borne diseases in 83 counties (in 24 states) where these ticks had not been previously recorded.

Some of the new county reports are likely due to travel-associated exposures (e.g., Montana), but many counties, such as those in Colorado, are in close proximity to previously known locations, illustrating either spreading range of ticks or the need for expanded on-the-ground surveillance.

Ticks sent to the initiative from January 2016 through August 2019 were tested free of charge. These data were categorized, mapped, and recorded, as well as provided to the submitter. Ticks were submitted from every state except Alaska. The program received a six-fold increase in tick submissions over initial estimates, representing unprecedented national coordination of a ‘citizen science’ effort and diagnostic investigation.

I am ever grateful they did not blame the climate.  Independent research has shown the climate is a nothing burger when it comes to tick and disease proliferation despite the continued narrative by corrupt science, politics, and climate alarmists.

Experts continue to speak out to deaf ears.

Comments Off on Study Shows Expanding Tick Populations in Colorado

UK Data: 1 in 482 Died Within the Month From COVID Shot & Why Do “Vaccines” Consistently Fail to Prevent Disease Transmission?