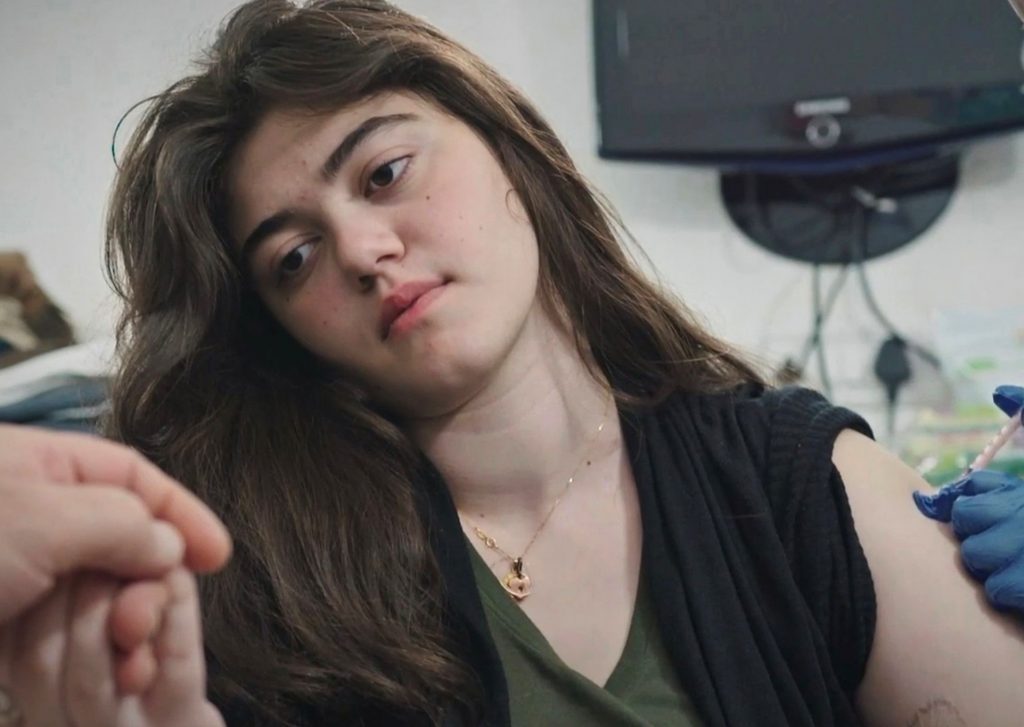 Do you remember the story of then-12-year-old Julia Bruzzese?  The young Lyme sufferer was in a wheelchair, amidst the throngs of people greeting Pope Francis during his 2015 visit to New York City.

On live TV, the Pontiff reached out his hands to bless Julia—and suddenly, the young girl and her Lyme-inflicted challenges made the national news.

However, that was neither the beginning nor the end of Julia’s Lyme story.

Much more of it is revealed in THE QUIET EPIDEMIC, a compelling documentary that calls the treatment of Lyme disease “one of the most controversial, divisive, and vicious medical debates in medicine today.”

The film portrays the journey of Julia and her dad, Enrico, through the months and ultimately years of seeking help. It depicts the frustrations shared by many people trying to ascertain whether or not they have Lyme disease. And explains the barriers to treatment that most people with the tick-borne illness encounter.

In the film, Enrico says that when he asked Julia’s doctor if his ailing daughter might possibly have Lyme disease, the answer was a firm no.

“She went from being this wonderful supporting doctor, willing to try anything, to adamant no, impossible, this is not it…It was almost like, as if we were using profanity, like Lyme disease was a bad word.”

The film also features the late Dr. Neil Spector, a top cancer researcher who literally lost his heart to Lyme disease. Unrecognized Lyme disease caused so much cardiac damage that he needed a transplant. After recovering from that surgery, he applied the lessons of cancer research to investigating precision medicine for Lyme and Bartonella. Considered a true hero in the Lyme community, sadly, Dr. Spector passed away in June 2020.

The filmmakers, Lindsay Keys and Winslow Crane-Murdoch, met while they were patients of the same Lyme-treating doctor. They decided to team up on a documentary to expose the grim truths about Lyme disease—and to look for answers.

The film premiered in May at the Hot Docs Film Festival in Toronto, Canada, and now is making its way around the US.

How you can watch the film

There will be two in-person screenings at the Woodstock Film Festival in New York on September 30 and October 1. If you can’t make it there in person, the festival offers a virtual screening available Sept. 30-Oct. 2.

On the opposite coast, there will be two in-person screenings at the Mill Valley Film Festival (near San Francisco) on October 8 and 10, with virtual screenings Oct. 5-16.

Note: At this time, online screenings are only available in the United States.

There’s been some excellent coverage in the past few years on tick-borne illness, yet nothing changes.

Comments Off on Upcoming Screenings of Lyme Documentary “The Quiet Epidemic”

CDC & WHO: Beyond Hope & Rehabilitation

How to Calm the Nervous System During Lyme Treatment