How to Calm the Nervous System During Lyme Treatment

Feeling frazzled, irritable, low in energy, or unable to get a good night’s rest often comes with chronic Lyme disease territory. Lyme is one of those ailments that basically leaves no part of your body unscathed — and your nervous system is no exception.

The microbes that cause Lyme and its common coinfections create a perfect storm of ongoing cellular stress that puts your body on high alert, ramping up the sympathetic nervous system (SNS), which controls your flight-or-fight response, while suppressing the parasympathetic nervous system (PNS), which is in charge of your body’s “rest-and-digest” mode.

This imbalance messes with your body’s ability to heal and interferes with functions essential for maintaining mind-body balance. Not only that, but the intense emotional stress that comes with having a painful chronic disease (and experiencing its many setbacks) also drives your fight-or-flight response, compounding the problem.

The good news: Taking strategic steps to rebalance a dysregulated nervous system will not only support long-term healing but also help you feel more calm and balanced in the short-term. Below, we’ll look at the science behind the Lyme-stress-nervous system connection and then highlight effective steps you can take to calm the chaos.

How Lyme Impacts the Nervous System

“Lyme disease is an assault on the cells of the body,” says Bill Rawls, MD, Medical Director of RawlsMD and Vital Plan. “And stressed cells are constantly sending out distress signals to the brain, which activate our sympathetic nervous systems and that fight-or-flight response.”

The fight-or-flight response isn’t inherently bad — in fact, it’s essential for survival, as it prompts the release of stress hormones like adrenaline and cortisol that prime the body for swift action and your brain for quick thinking when facing a real-life threat (so you can literally fight or flee). However, it becomes problematic when it’s activated all the time and is not followed up with necessary recovery periods, as can be the case with chronic Lyme. 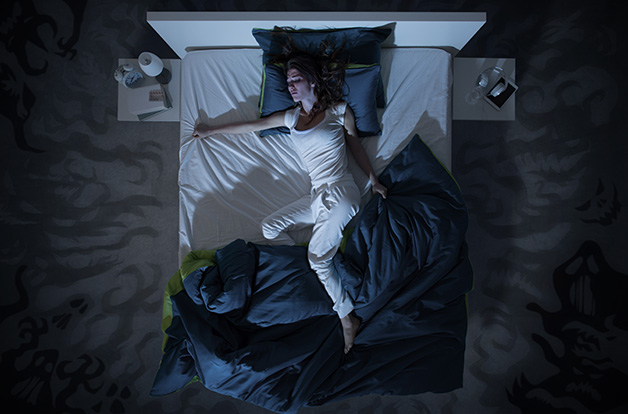 “Adrenaline and cortisol counteract everything going on in the parasympathetic system,” says Dr. Rawls. “That keeps your cells activated and robs them of their down time, which interferes with sleep, drives inflammation in the body, and makes you tired and anxious.” Over time, it can even worsen pain symptoms, which contributes to additional stress and feeds a vicious cycle.

None of these things are conducive to healing, of course. “So for someone with Lyme disease, calming that sympathetic response as much as possible is important,” says Dr. Rawls.

10 Ways to Calm and Rebalance Your Nervous System

Reducing the microbial assault on your body’s cells that contributes to a revved-up SNS is key to addressing a key driver of nervous system imbalance. Thankfully, you have multiple avenues to lighten the stress burden on your body and start calming that angry nervous system ASAP, which can support physical, emotional, and cognitive health and free up resources your body needs to heal. Here’s how: 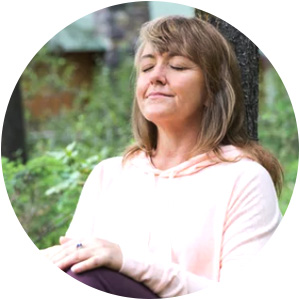 1. Tap into the Calming Power of Your Vagus Nerve.

Consider exercises that stimulate your vagus nerve for an in-the-moment strategy to soothe your nervous system and bring about a sense of calm when you’re feeling acutely frazzled. The vagus nerve runs from your abdomen to your brain and is a crucial component of your rest-and-digest PNS. By engaging in habits that improve how well the vagus nerve functions, your body is better equipped to tap into that calming and reparative side of your nervous system.

Keep in mind, says Dr. Rawls, practices that stimulate your vagus nerve aren’t a cure-all, but when combined with an overall healthy diet and lifestyle, they can be a low-cost tool to calm the nervous system and maximize healing. 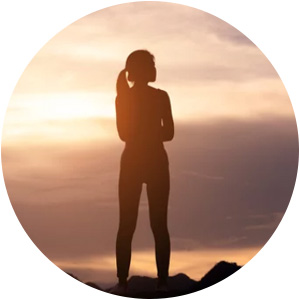 Living out of sync with your natural surroundings is a surefire way to increase stress and mess with your nervous system. Case in point: Not getting enough natural light exposure during the day and then blasting your eyes with artificial light from screens at night can throw off your body’s circadian rhythm, which regulates your sleep-wake cycle and other biological functions. This can interfere with sleep and cellular repair processes, driving further stress and cellular dysfunction.

The solution: If nothing else, get outdoors or to a window and expose yourself to natural sunlight within the first hour of waking and periodically throughout the day to support a healthy circadian rhythm. Research suggests bright light exposure between 7 a.m. and 3 p.m. enhances PNS activity overnight, which may promote restful, reparative sleep. 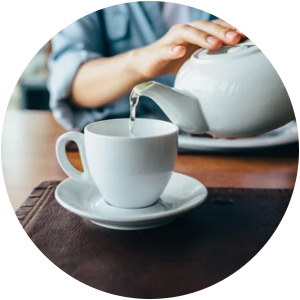 3. Swap Your Coffee for Green Tea.

We’re not trying to rob you of life’s simple pleasures, but that coffee could be doing more harm than good for your nervous system — especially if you’re burdened with a chronic disease. Caffeine can mimic excitatory hormones that trigger the body to produce the stress hormones adrenaline and cortisol. While some people with chronic Lyme may need to wean off caffeine altogether, others may be able to tolerate a small amount per day, which is where green tea comes in. Green tea has less caffeine and contains the amino acid L-theanine, which buffers caffeine’s stimulating effects. 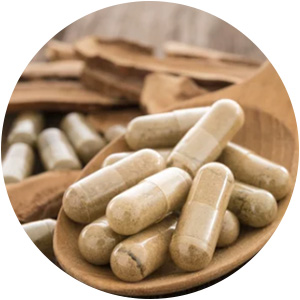 Adaptogens such as reishi, cordyceps, rhodiola, and ashwagandha have an overall balancing or normalizing effect on the body, and they help you react to and recover from physical, mental, and environmental factors that might otherwise dial up your SNS.

One way they do this is by influencing the HPA axis (hypothalamic-pituitary-adrenal axis), a series of interactions between the hypothalamus, pituitary gland, and adrenal glands that regulate the body’s response to stressors. “Adaptogenic herbs send a message to the hypothalamus and basically say, ‘Hey, things aren’t as bad as you think. Let’s tone down that stress response a bit,’” says Dr. Rawls. 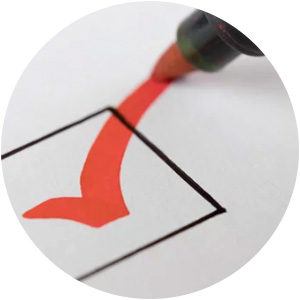 You know that Lyme’s stress-inducing effects can rob you of your cognitive sharpness, messing with your memory, focus, problem solving skills, and more — and this is only exacerbated by our modern era of multitasking. “If you’ve got brain fog, do yourself a favor and focus on one thing at a time and temporarily put aside worries about everything else,” says Dr. Rawls. There’s actually real science to support single-tasking’s calming effect: In one study, researchers found that SNS activity was significantly higher and PNS activity significantly lower while multitasking (doing 2+ tasks at once) and dual-tasking (switching between two tasks) than during single-tasking. 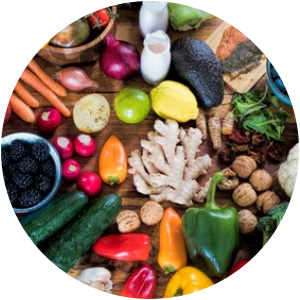 Lyme microbes trigger inflammation in the body, which ramps up SNS activity. Since you don’t want your diet to drive you further into fight-or-flight, eating an anti-inflammatory diet rich in vegetables, fruits, herbs, spices, nuts, seeds, legumes, fermented foods, salmon, and other whole foods is your best bet. Keep processed foods to a minimum, too, particularly ones with refined carbohydrates and sugars — consumption of these has been shown to significantly increase SNS activity, according to one literature review.

An anti-inflammatory diet rich in plant foods (and fermented foods) also helps foster a balanced gut microbiome, which is important for a healthy nervous system. More on that below. 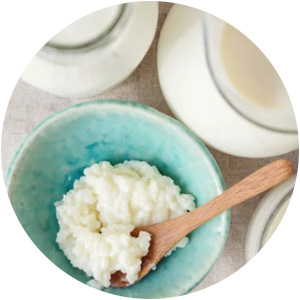 The bacteria in your gut are responsible for producing many of the body’s neurotransmitters, so an overgrowth of pathogenic bacteria (i.e., gut dysbiosis) can alter your body’s normal balance of mood-regulating chemical messengers — tipping the scale from favorable, mood-elevating neurotransmitters to ones that activate the fight-or-flight response and cause agitation, says Dr. Rawls.

So what can you do to restore healthy microbial balance and indirectly support your nervous system? Take steps to foster the growth of good bacteria and support intestinal motility (since constipation can promote the growth of bad bacteria). Start by optimizing your diet, getting regular physical activity, drinking enough water, engaging in activities that bring you joy, and taking a quality probiotic supplement if you’re currently on antibiotics. 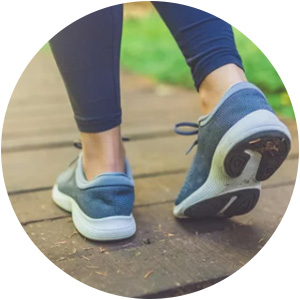 8. Get a Dose of Doable Exercise.

Any regular physical activity that your body can handle will have a beneficial effect on stress levels and, thus, your nervous system. “The intended follow-up to the fight-or-flight response is to be physically active,” says Dr. Rawls. “When you go for a 15-minute walk, you normalize all your stress hormones and lower cortisol and adrenaline.” And this can help bring you back to a calm, PNS-dominant state. 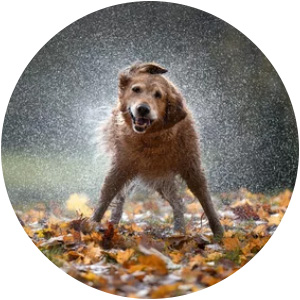 9. Shake It Out When You’re Stressed.

Not up for any sort of structured physical activity? No worries. Even just shaking out your body is thought to help relieve muscle tension and trauma, burn off excess stress hormones, and help rebalance the nervous system. You’ve probably seen your dog shake off after a stressful or overly stimulating encounter — it’s the same thing! To try it:

Whether you shake out one arm or leg at a time or move your whole body at once, there’s no wrong way to do it. Shaking helps to recalibrate the nervous system and decrease SNS overactivity. 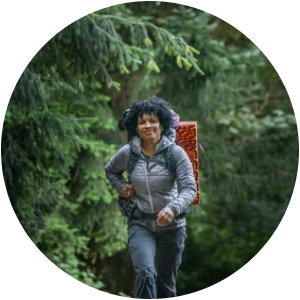 10. Spend at Least Two Hours in Nature per Week.

Getting a dose of nature is one of the best ways to nourish your nervous system. Walking on a wooded trail, near a grassy park, or by a body of water has been shown to increase PNS activity and lower heart rate compared to walking in urban settings. Dozens of studies have affirmed the mind-body benefits of forest bathing (i.e., long walks in the woods), which include increased PNS activity, decreased SNS activity, lower blood pressure, and improved markers of immune health.

You don’t have to do it every day either — one study found that both men and women were more likely to report overall good health and greater psychological well-being when they spent at least two hours in nature per week. Even lounging in a lush park counts.

The physical and mental stress of chronic Lyme disease can wreak havoc on your nervous system. And while there’s no magic reset button to restore balance, the tips above can lighten your stress load, support a healthier stress response, and help your body tap into a calmer PNS-dominant state — all of which can help foster immediate improvements in well-being and support long-term healing.