Does Unrecognized Lyme in Mothers Lead to Autism Spectrum Disorder?

Does unrecognized Lyme in mothers lead to autism spectrum disorder? 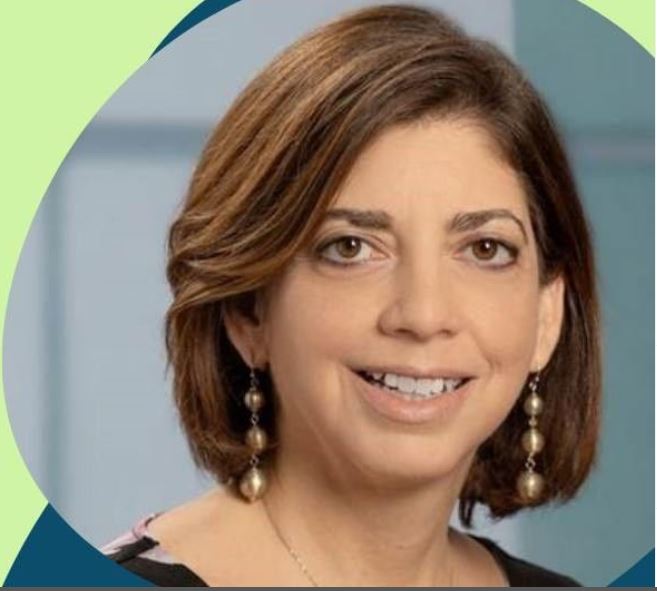 I received many positive responses to my recent blog about my son’s 80% recovery from symptoms that had been diagnosed as autism spectrum disorder (ASD). This was accomplished with long-term antibiotic treatment for congenital tick-borne diseases (TBD).

After reading the article, many parents wrote to me, saying things like, “Thank you for sharing your story. The description of your son sounds just like my child. This gives me hope!” And they went on to ask, “How can I find a doctor to test my child?”

Common symptoms of TBD in parents

Testing the child is only part of what’s needed. When children develop such problems, it’s often because the mother has unknowingly passed along tick-borne diseases during pregnancy. Mothers of children with these problems may not realize that they themselves may have tick-borne diseases—and deserve testing and treatment. And sometimes dads are infected, too.

Here are symptoms that mothers may experience, without knowing that they could be the result of tick-borne diseases, such as Lyme disease and Bartonella1:

Mothers of children with ASD that I corresponded with frequently listed off symptoms they experienced, the doctors they saw, and testing done. Nearly all of these mothers described having psychiatric symptoms, and often had symptoms of one or more autoimmune diseases. These are important clues about a potential TBD transmission during pregnancy2.

One mom had a positive test result for Borrelia, was treated by her doctor with doxycycline for a few weeks and declared cured. However, it is unlikely the mother was cured from this complex disease with just a few weeks of doxycycline, evidenced by her child’s and her own continued symptoms. With the current treatments available, it’s not uncommon for these infections to take years to treat, even with a combination of antibiotics.

Bartonella is known to cause many psychiatric symptoms. That’s the infection that caused 70% of my son’s ASD (and PANS) symptoms. In addition to the many psychiatric issues listed, Bartonella is also known to cause ADHD, memory issues, brain fog, gluten/dairy sensitivity, sleep issues, digestive issues, thyroid, arthritis, neuropathy, muscle pain, inflammatory bowel disease, tumors, and seizures1,3.

If the mother experiences psychiatric or autoimmune issues, this is probably not a coincidence. More likely, it is the smoking gun.

Most people I’ve heard from say they don’t remember a tick bite. However, it is common for people to be unaware that they were bitten by a tick. Additionally, there’s evidence that these infections can be transmitted sexually5 and during pregnancy6.

Don’t let the lack of a known tick bite deter you from getting screened by a Lyme specialist.

I offer my own history as an example of how these infections can be transmitted within families. As of December 2021, my family has three confirmed generations of TBD.

My mother suffered stealth psychiatric symptoms from Bartonella including OCD, anxiety, social anxiety, emotional lability, night terrors, and night sweats when my sister and I were growing up. My mom has no recollection of a tick bite and no idea when she was infected.

My sister and I first began exhibiting anxiety, fears, oppositional behavior, bedwetting, excessive tantrums, and panic attacks at a young age. It’s likely that we both were infected congenitally, then unsuspectingly passed the infections on to our children during our pregnancies.

Why does it matter if you are undiagnosed if the symptoms don’t impact your everyday life?

There are three reasons. First, it matters to our children, our next generation who may be infected during pregnancy and born with autism spectrum disorder, ADHD or psychiatric difficulties8. Second, for your own long-term health, because this is a progressive disease that could affecf any organ in your body over time. And finally, you could transmit the disease to your partner.

Unfortunately, finding a knowledgeable doctor can be a challenge. The majority of doctors, including infectious disease doctors, are not trained on the latest findings in TBD and rarely consider it at an office visit6. Doctors rarely probe into the full set of psychiatric and physical symptoms of their patients which could indicate TBD.

Additionally, commonly used testing is notoriously inaccurate1 due to the lack of sensitivity of the test. Even with specialty tests, there can be false negative test results as we saw in my family’s testing.

If you do have a positive test, the common practice for doctors is to treat the Borrelia (Lyme) infection with a few weeks of doxycycline10,11. This is insufficient treatment for many. The potentially more impactful co-infections such as Bartonella, Babesia, Rocky Mountain spotted fever, Ehrlichia, and Anaplasma are generally not tested or treated.

Contributing to the problem, the CDC website does not cover the vast array of symptoms that can develop with these complex, multi-faceted chronic diseases. The CDC’s coverage of Bartonella henselae infection is a prime example of scant information that applies only to patients immediately following a tick bite. The CDC does not address the many psychiatric and physical symptoms that can develop over time.

Could stealth infections in mothers be the cause of skyrocketing rates of ASD?

Why are the rates of autism skyrocketing? It’s a perplexing and frustrating question. Might the multi-generational transmission of these stealth infections–especially Bartonella–be a major contributing factor?

If you are pregnant or want to get pregnant and believe you have symptoms, do not hesitate to get tested6. Find a Lyme specialist at the links below.

Remember, testing, even with specialty tests, frequently show falsely negative results. A good Lyme specialist will be able to offer a clinical diagnosis based on your symptoms, if needed.

Dr. Rosalie Greenberg, a child psychiatrist and Lyme expert, says that she sees families like mine in her practice every day because psychiatric symptoms are so common with TBD. She also made an eye-opening comment in her writing, “I’ve been a child psychiatrist for 40 years. The world of tick-borne illness is nothing like I’ve ever experienced before. It makes one really rethink a lot of medicine.”

You can find a Lyme specialist on LymeDisease.org.

On July 12, Debbie Kimberg will take part in a webinar entitled “Co-morbidity of Lyme disease and Autism Spectrum Disorder in Children,” sponsored by Project Lyme. Click here for details.

3. Bartonella, The Stealth Pathogen That You Can See without a Microscope by Dr. Rosalie Greenberg

5. Sexual Transmission of Lyme Borreliosis? The Question That Calls for an Answer

6. Molecular evidence of Perinatal Transmission of Bartonella vinsonii susp. berkhoffii and Bartonella henselae to a Child

Note: These rates are new infections only. The CDC does not take into account a) the known issue with high rates of false negative testing b) the many people who have no known tick bite and stealth symptoms that do not seek testing c) the unknown number of children believed to have a congenital infection

10. Guidance for Clinicians, Caring for Patients after a Tick Bite, CDC

11. Tick-borne Diseases of the United States: A Reference Manual for Healthcare Providers, CDC
Note: There is no mention of Bartonella, the arguably the most impactful infection in terms of ASD.

DISCLAIMER: The author is not a doctor. This writing is an opinion held by the author and is not intended to dispense medical advice. If you have medical questions, please seek the care of a Lyme specialist.

Comments Off on Does Unrecognized Lyme in Mothers Lead to Autism Spectrum Disorder?

How Prevalent is Bartonella?