And this telling video details how myocarditis concerns are growing. Jefferey Jaxen goes through the VAERS data as well.  Coroner states they are dealing with multiple cases. 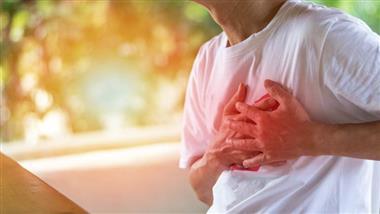 As the mass administration of COVID-19 jabs continue worldwide, we’re beginning to see some of the more common side effects emerging. Myocarditis, or inflammation of the heart muscle, is among them. This condition can cause symptoms similar to a heart attack, including chest pain, shortness of breath, abnormal heartbeat and fatigue.1

A large study from Israel2 revealed that the Pfizer COVID-19 mRNA jab is associated with a threefold increased risk of myocarditis,3 leading to the condition at a rate of one to five excess events per 100,000 persons.4 Other elevated risks were also identified following the COVID jab, including lymphadenopathy (swollen lymph nodes), appendicitis and herpes zoster infection.5

The real-world case-control study from Israel included a mean of 884,828 people aged 16 years and older in each of two groups: one vaccinated and one control.6 The increased risk of myocarditis was clear, with researchers noting:7

When myocarditis occurs, it reduces your heart’s ability to pump and can cause rapid or abnormal heart rhythms that can be deadly. In severe cases, myocarditis can cause permanent damage to the heart muscle and lead to heart failure, heart attack, stroke and sudden cardiac death.8 In August 2021, New Zealand reported the death of a woman following Pfizer’s COVID-19 jab, which they believe was due to vaccine-induced myocarditis.9

The death prompted the Ministry of Health to issue a statement to ensure “health care professionals and consumers remain vigilant and are aware of the signs of myocarditis and pericarditis” following the jab.10

A number of studies have now found a connection between COVID-19 jabs and myocarditis. In a September-October 2021 case report with literature review, it was concluded that “the outcomes of this case scenario confirm myocarditis as a probable complication of COVID-19 vaccines.”11 Another study from Israel detailed myocarditis following Pfizer’s COVID-19 jab in six male patients with a median age of 23 years.12

A similar study published in Pediatrics13 reported seven cases of acute myocarditis or myopericarditis in otherwise healthy adolescent males. Each had experienced chest pain within four days of receiving the second dose of Pfizer’s COVID-19 jab. Data published in JAMA Cardiology14 by physicians from the Navy, Army and Air Force also revealed a higher-than-expected rate of myocarditis in U.S. military personnel who received a COVID-19 jab.

Dr. Charles Hoffe, a family physician from Lytton, British Columbia, told health officials that his patients were suffering adverse effects from the mRNA COVID-19 vaccines, including myocarditis.15 About his young, male patients, Hoffe explained, “They have permanently damaged hearts.”:16

“It doesn’t matter how mild it is, they will not be able to do what they used to do because heart muscle doesn’t regenerate. The long-term outlook is very grim, and with each successive shot, it will add more damage. The damage is cumulative because you’re progressively getting more damaged capillaries.”

Officials Advise Against Vaccination of 12- to 15-Year-Olds

Due to the risk of myocarditis, Britain’s Joint Committee on Vaccination and Immunization (JCVI) recommended against COVID-9 injections for healthy 12- to 15-year-olds. JCVI member Adam Finn told Reuters:17

“… the number of serious cases that we see of COVID in children this age are really very small. There are uncertainties about the long-term implications of (myocarditis), and that makes the risk-benefit balance for these children really quite tight and much tighter than we would be comfortable to make the recommendation.”

In the U.S., the Centers for Disease Control and Prevention (CDC) is also investigating myocarditis and pericarditis, which is inflammation of the outer lining of the heart, following mRNA COVID-19 jabs, stating that more than 1,000 cases have been reported to the Vaccine Adverse Event Reporting System (VAERS) since April 2021.18 According to the CDC:19

“As of August 25, 2021, VAERS has received 1,377 reports of myocarditis or pericarditis among people ages 30 and younger who received COVID-19 vaccine …

Most cases have been reported after mRNA COVID-19 vaccination (Pfizer-BioNTech or Moderna), particularly in male adolescents and young adults. Through follow-up, including medical record reviews, CDC and FDA have confirmed 798 reports of myocarditis or pericarditis. CDC and its partners are investigating these reports to assess whether there is a relationship to COVID-19 vaccination.”

Despite the risk, the CDC is still advising children aged 12 and older to get the jab, and August 23, 2021, the U.S. Food and Drug Administration granted full approval to Pfizer’s COVID-19 mRNA injection, now sold under the brand name Comirnaty, for people aged 16 and older.20

The injection’s approval represents the fastest approval in history,21 granted less than four months after Pfizer filed for licensing May 7, 2021.22 It’s also based on only up to six months’ worth of data from 44,060 people aged 16 and older.23,24 Half of them got the shots and half initially received a placebo.

However, in the second week of December 2020, Pfizer unblinded the control group and 93% of controls opted to get the real injection rather than remain in the control group for the remainder of the trial, which is slated to continue for another two years. In their prescribing information, the risk of heart inflammation is acknowledged. As reported by STAT News:25

“The FDA’s prescribing information for the vaccine includes its associated risk of myocarditis and pericarditis, two types of heart inflammation that have appeared rarely among people who’ve received the mRNA vaccines, mostly within seven days after the second shot, health officials said.

Men under 40 appear to be at higher risk than women and older men, with the highest observed risk in boys age 12 to 17.”

Further, in its approval letter for Comirnaty, the FDA orders Pfizer to conduct research to investigate the risk of inflammation in and around the heart, as voluntary reporting mechanisms are insufficient.26

The FDA accepted Pfizer’s suggested timetable for the post-approval study to evaluate incidence of heart and heart sack inflammation, which includes the submission of an interim report at the end of October 2023, a study completion date of June 30, 2025, and submission of a final report October 31, 2025.

Spike Protein in the Jab Is Inflammatory

Dr. Robert Malone, the inventor of the mRNA and DNA vaccine core platform technology,27 has been bravely warning of the dangers of COVID-19 jabs, in part due to the spike protein they contain.

In its native form in SARS-CoV-2, the spike protein is responsible for the pathologies of the viral infection, and in its wild form it’s known to open the blood-brain barrier, cause cell damage (cytotoxicity) and, Malone said, “is active in manipulating the biology of the cells that coat the inside of your blood vessels — vascular endothelial cells, in part through its interaction with ACE2, which controls contraction in the blood vessels, blood pressure and other things.”28

Malone is well aware of the actions of spike protein, as he worked to identify an effective drug that worked by blocking the action of the COX-2 enzyme, which is a key inflammatory enzyme. In one of his papers, he laid out how the spike protein and another protein in the virus directly turn on COX-2 promoter in infected cells.

This awareness of the spike protein as a biologically active protein made him alert the FDA in fall 2020 about the associated risks. His FDA colleagues transferred his concerns to the FDA’s review branch, which dismissed his concerns, saying they did not believe the spike protein was biologically active and there wasn’t enough documentation otherwise. As history now reveals, they proceeded with the EUA.

It’s since been revealed, however, that the spike protein on its own is enough to cause inflammation and damage to the vascular system, even independent of a virus.29 Blood clots are another serious concern related to the spike protein. According to Hoffe:30

“[It] becomes part of the cell wall of your vascular endothelium, which means that these cells, which line your blood vessels, which are supposed to be smooth so that your blood flows smoothly now have these little spiky bits sticking out.

So it is absolutely inevitable that blood clots will form, because your blood platelets circulate around in your vessels and the purpose of blood platelets is to detect a damaged vessel and block that damage when it starts bleeding.

So when a platelet comes through a capillary and suddenly hits all these covid spikes that are jutting into the inside vessel … blood clots will form to block that vessel. That’s how platelets work.”

Hoffe has been conducting the D-dimer test on his patients within four to seven days of them receiving a COVID-19 injection and found that 62% have evidence of clotting.31

Because of the risk of the formation of blood clots in your vessels, Dr. Sucharit Bhakdi,32 a retired professor, microbiologist and infectious disease and immunology specialist who, along with several other doctors and scientists, formed Doctors for COVID Ethics, went so far as to say that giving the COVID-19 injection to children is a crime: “Do not give it to children because they have absolutely no possibility to defend themselves, if you give it to your child you are committing a crime.”

As mentioned, due to myocarditis risks in youth, Great Britain’s JCVI is also taking a precautionary approach for COVID-19 injections among 12- to 15-year-olds. Wei Shen Lim, COVID-19 chair for JCVI, stated, “The margin of benefit is considered too small to support universal Covid-19 vaccination for this age group at this time.”33

This certainly explains all the blood abnormalities, blood clotting, and heart issues being experienced after the shots.