OTTAWA — Harvard University microbiology student Indumathi Prakash was just seven years old when a tick bite near her home in Massachusetts gave her Lyme disease and left her to spend most of her childhood battling rheumatoid arthritis.
Jul 18, 2021 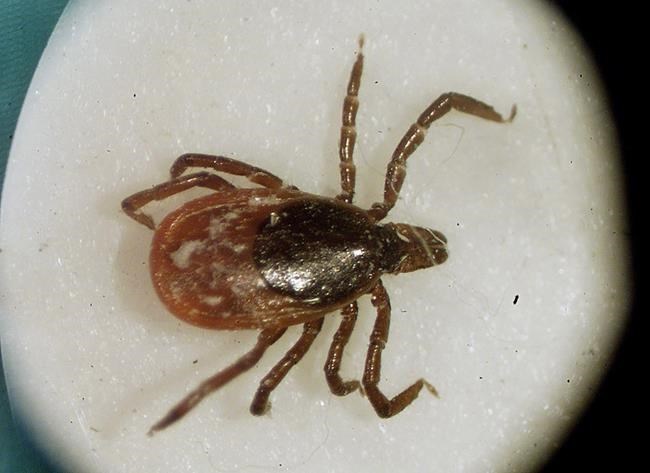 OTTAWA — Harvard University microbiology student Indumathi Prakash was just seven years old when a tick bite near her home in Massachusetts gave her Lyme disease and left her to spend most of her childhood battling rheumatoid arthritis.

Now Prakash, 21, is working with a Queen’s University professor, although virtually, on a rapid test that will diagnose the bacterium that causes Lyme disease in ticks in just a few hours.

If successful, the test will open the door to better and faster treatment for the rapidly expanding disease.

“I really wanted to do something to prevent the same thing from happening to someone else so that’s kind of why I got interested in tick-borne disease in general,” said Prakash, in a phone interview from Cambridge, Mass.

Lyme disease has been around in Canada since the 1980s. Warmer winters over the last decade have allowed ticks, and the pathogens they often carry, to flourish in ways they never did before. (See link for article)

Interesting that this author doesn’t utilize her own countryman’s independent research showing ticks are impervious to the climate and hide under leaf litter, snow, mulch, etc. when conditions are harsh – but doing so would be defying the accepted narrative that “climate change” is behind tick and disease proliferation, and all the woes on planet earth today, despite climatologists who state otherwise, and we certainly can’t have that.

Since Lyme disease can often be prevented if antibiotics are started within 24 hours of the bite, doctors routinely give people with tick bites antibiotics before it’s clear the bacteria is present.

No, I’m afraid doctors don’t routinely give people with tick bites antibiotics.  I wish they did – and they certainly should.  Doctors continue to take a “wait and see” approach, which is dooming patients to sometimes a life-time of suffering. In my opinion, it appears doctors would rather diagnose patients with anything but Lyme/MSIDS.

The article points out that ticks can be tested by results often take days to obtain results.  This is another problem with testing – not only for ticks but for humans.

Evidently the new test will also detect other coinfections that often come with Lyme disease.

Attorney Files Lawsuit Against CDC Based on “Sworn Declaration” From Whistleblower Claiming 45,000 Deaths Reported To VAERS – All Within 3 Days of COVID-19 Shots