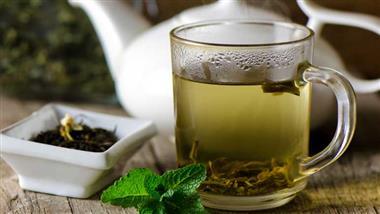 Research led by scientists at the University of Queensland found phytonutrients have proneurogenic effects in the brain.1 The researchers studied the effects of quercetin in vitro and in an animal model. The basis of the research was investigating flavonoids, which are phytonutrients commonly found in fruits and vegetables.

Evidence has demonstrated that flavonoids have the potential to protect brain cells against injury, suppress neuroinflammation and promote cognitive functioning.2 The researchers found the most prominent examples of these flavonoids and polyphenols are epigallocatechin-3-gallate (EGCG), commonly found in green tea, resveratrol, red grapes and berries.3

Taking steps to protect your brain from the assault of processed foods and environmental toxins is a crucial way to protect your overall health and ability to stay independent as you age.

The results of a nationally representative cross-sectional study published in the BMJ4 found that 57.9% of the calories eaten by the participants came from ultraprocessed foods and 89.7% of the energy was from added sugars. One physician calls this diet pattern “Fast Food Genocide.”5

In the 9,317 participants surveyed, the researchers found 82.1% in the highest quintile consumed over the recommended limit of 10% of their calories from added sugar, as compared to the 26.4% in the lowest quintile. This indicates a significant need to improve dietary intake and protect brain health.

The study9 from the University of Queensland is yet another piece of evidence demonstrating the power of phytonutrients to your health. The researchers sought to investigate how natural compounds may have become part of the environmental stimuli that shape neurological structure and function.

They chose to investigate bioactive compounds found in apples as they are consumed worldwide and analyzed the presence of quercetin in apple peel and 3,5 dihydroxybenzoic acid from the apple flesh. Dihydroxybenzoic acid is not related to flavonoids but did appear to have proneurogenic properties.

Quercetin was chosen as it was an abundant flavonoid extracted from apple peel. However, past studies have investigated the effects of other flavonoids, namely EGCG and resveratrol named by researchers from the University of Queensland.

One study published in Genes & Nutrition10 investigated the neuroprotective actions demonstrated by flavonoids that help promote memory, learning and cognitive functions. They found the effects are supported by two processes. In the first, flavonoids appeared to play an important role in signaling cascades.

Evidence has shown that flavonoids have a direct and indirect effect on the central nervous system12 and the various effects on the brain include the ability to reverse some symptoms that are associated with Alzheimer’s disease and enhance cognitive function.13 The neuroprotective mechanism also contributes to the quality of neurons and their connectivity, which one study suggests:14

“… can thwart the progression of age-related disorders and can be a potential source for the design and development of new drugs effective in cognitive disorders.”

The current study supports past evidence that drinking green tea can improve cognitive functioning. A study15 from the National University of Singapore used data from neuroimaging from 36 older adults. The researchers were interested in the effect that tea might have on the structure, organization and function of the brain.16

The participants were asked about their tea-drinking habits from age 45 to the present and then underwent an MRI. From the imaging, the researchers discovered that the participants who drank tea had better brain structure, function and organization. However, those who drank the most — at least four times a week for about 25 years — also had greater functional connectivity strength.

While the growth of new nerve cells in the hippocampus does support better memory and recall, greater connectivity offers additional benefits. Assistant professor Feng Lei from the National University of Singapore explained the importance of connectivity in a press release:17

We have shown in our previous studies that tea drinkers had better cognitive function as compared to non-tea drinkers. Our current results relating to brain network indirectly support our previous findings by showing that the positive effects of regular tea drinking are the result of improved brain organisation brought about by preventing disruption to interregional connections.”

Research evidence has also suggested that drinking green tea is associated with a lower risk of cognitive impairments.18 One literature review19 of in vitro and in vivo administration of EGCG found it reduced beta-amyloid accumulation in the lab and animal models.

The ability to break up beta-amyloid plaques may also be the basis for an association with the reduction of atherosclerosis plaque. Researchers from the University of Leeds and Lancaster University found green tea can prevent heart disease by dissolving arterial plaque.20

EGCG alters the structure of amyloid fibrils formed by apolipoprotein A-1 (apoA-1), which is the main component of high-density lipoprotein shown to accumulate in atherosclerosis plaques. This happens in the presence of heparin. Unfortunately, the concentrations required to achieve this result in the study were so high you can’t achieve the same results from drinking green tea alone.

Another benefit to the cardiovascular system from long-term tea drinking is an improvement in your blood pressure readings. One systematic review21 of 25 randomized control trials with 1,476 participants found those who regularly drank either green or black tea for 12 weeks had an average of 2.6 mm Hg lower systolic pressure and 2.2 mm Hg lower diastolic pressure compared to those who did not drink tea.

The researchers measured the effects of green tea and black tea and found that green tea provided the best results, especially in those who drank it for more than 12 weeks. According to the authors, this reduction:22

“… would be expected to reduce stroke risk by 8 percent, coronary artery disease mortality by 5 percent and all-cause mortality by 4 percent at a population level … These are profound effects and must be considered seriously in terms of the potential for dietary modification to modulate the risk of CVD [cardiovascular disease].”

The data from this literature review did not show exactly how much tea was needed to receive these benefits. However, previous studies have suggested the ideal amount is between three and four cups of tea per day. For example, one study23 in 2007 found clear evidence that three or more cups of tea — in this case, black tea — reduced the risk of heart disease.

Similarly, drinking three to four cups of green tea each day has demonstrated the ability to promote heart and cardiovascular health.24 Improvements in cardiovascular health may be the result of beneficial effects on endothelial function, which is integral to blood pressure and heart disease.25

Consider the Multiple Benefits of Resveratrol

Resveratrol is produced by the plant to resist disease. While it is found in grapes and berries, it’s also produced by the cacao plant and found in raw cacao and dark chocolate. Although red wine does have some resveratrol, it is in such small amounts you can’t drink enough to get the benefits.26

It’s also important to remember that alcohol damages your brain and organs, and is itself a neurotoxin. This means drinking enough red wine for the benefits of resveratrol is counterproductive.

Resveratrol can cross the blood-brain barrier where it has a dramatic effect as an antioxidant. Researchers from Georgetown University Medical Center write that resveratrol, when given to people with Alzheimer’s, appears to “restore the integrity of the blood-brain barrier, reducing the ability of harmful immune molecules secreted by immune cells to infiltrate from the body into brain tissue.”27

Researchers are also investigating resveratrol’s use against lung cancer when the compound is administered nasally in high doses.32 In one study33 conducted at the University of Newcastle, researchers detected improvements in bone density in postmenopausal women who were given resveratrol.

In the study, called “Resveratrol for Healthy Ageing in Women (RESHAW),” women took 75 milligrams (mg) of resveratrol twice daily or a placebo for 12 months, after which researchers measured their bone density by dual-energy X-ray absorptiometry scans, commonly called DXA scans.34

“The modest increase in bone mineral density at the femoral neck with resveratrol resulted in an improvement in the study population’s T-score and a reduction in the 10-year probability of major fracture risk,” said Peter Howe, an author of the study and Professor Emeritus at the university.35

In addition to the neurological, cardiovascular, bone and other health benefits of these powerful phytonutrients, they also play a role in supporting your immune system. During cold and flu season, and during the current COVID-19 pandemic, providing added support to your immune system may help protect your health.

Resveratrol is known to play a role in the prevention and progression of inflammatory chronic diseases such as obesity, neurodegeneration and diabetes.36 Evidence also shows it modulates your immune system by interfering with pro-inflammatory cytokines synthesis, modulating immune cell function related to the production of cytokines by CD4 and CD8 T-cells.37

In 2017, resveratrol was tested against Middle East Respiratory Syndrome coronavirus (MERS-CoV) in the laboratory and found it significantly inhibited infection and lengthened cell survival after infection.38

EGCG can improve your body’s ability to use zinc intracellularly. The action as a zinc ionophore39helps support your body’s response against viruses like the common cold, flu and COVID-19.

One 2015 study40 found green tea was also able to help with dental issues. After 28 days of using a 2% green tea mouthwash, the data revealed those using the green tea had a reduction of plaque and their gingivitis scores.

Evidence has also suggested there is an antifungal activity of EGCG that is four times higher than that of the drug fluconazole and up to 16 times higher than flucytosine.41 Another study42demonstrated a foot bath infused with green tea polyphenols could significantly reduce infected areas of people with interdigital tinea pedis, or athlete’s foot.

The topical application of a green tea ointment also demonstrated an effective cure rate of 81.3% for people with impetigo.43 Interestingly, the antiviral and antifungal effects of green tea do not appear to have the same antibacterial effect on your intestinal tract.44

EGCG is sensitive to brewing temperature. To release the most from your tea leaves, brew your green tea at 100 degrees Celsius or 212 degrees Fahrenheit.45 Try drinking it while it’s freshly brewed to get the most health benefits, rather than tea that may have been sitting for a few hours. Consider adding a spritz of citrus juice to boost the benefits and increase the catechin absorption.46

ECGC is found in green tea or as a supplement. I remember while in treatment being pleasantly surprised at how drinking a cup or two of green tea did really seem to help inflammation/pain. It’s a cheap experiment to try.

Regarding resveratrol, one of the highest forms is found in a common ditch weed called Japanese Knotweed. I made my own tincture from the dried roots (you pound them with a hammer and put in a mason jar with the purest vodka you can find). Here’s a great read on it.

The video starts out discussing the plant’s historical use (as a food), around 4:00 he starts discussing its medicinal use.  He calls it “Reverse it all” due to its ability to help with the disease state.  He also mentions Master Herbalist Stephen Buhner’s work with Lyme. Around 8:00 he goes through how to make a tincture (including dosages).

Thyroid Health Q & A: What Patients Want to Know