Best Lockdown Strategy in the World 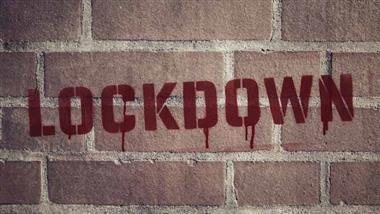 While health experts in the U.S. and many other countries are warning of a second wave of COVID-19 as we move into fall and winter, one nation that does not appear to worry about a resurgence of people testing positive for the virus and/or hospitalizations and deaths attributable to COVID-19 is Sweden.

Anders Tegnell, the chief epidemiologist in charge of Sweden’s coronavirus response, has stated1he does not believe Sweden will see a second wave with widespread contagion as the country is seeing a rapid decline in positive tests, indicating herd immunity has been achieved.2

Sweden, one of the few countries that did not shut down schools and businesses or mandate strict social distancing or mask wearing rules, choosing the route of natural herd immunity development instead, has been sharply criticized by many over the past several months.

Rather than locking down the whole country, Sweden only temporarily closed high schools and colleges, banned gatherings of more than 50 people and asked seniors over the age of 70 to self-isolate. All others were simply asked to respect physical distancing recommendations, and to work from home whenever possible.

Tegnell told The Guardian3 that the primary goal has been to slow the spread to avoid overwhelming medical services. As you may recall, this was the original plan just about everywhere. The difference is, Sweden actually stuck to the original goal, whereas other nations have twisted response plans to, apparently, prevent infection transmission altogether, even among those for whom the risk of such an infection is vanishingly minor.

At this point, Sweden is proving to be a valuable test case, demonstrating just how ineffective and unnecessary the global shutdowns have been. Countries that enacted draconian freedom-restrictions are faring no better than Sweden, which allowed its citizenry to largely go about their business as usual. As noted by the National Review back in April 2020:4

“In theory, less physical interaction might slow the rate of new infections. But without a good understanding of how long COVID-19 viral particles survive in air, in water, and on contact surfaces, even that is speculative …

It is possible that the fastest and safest way to ‘flatten the curve’ is to allow young people to mix normally while requiring only the frail and sick to remain isolated.

This is, in fact, the first time we have quarantined healthy people rather than quarantining the sick and vulnerable. As Fredrik Erixon, the director of the European Centre for International Political Economy in Brussels, wrote5 in The Spectator (U.K.) last week:

‘The theory of lockdown, after all, is pretty niche, deeply illiberal — and, until now, untested. It’s not Sweden that’s conducting a mass experiment. It’s everyone else.'”

Despite Sweden’s tactical success, many countries are continuing to enforce and even enact new lockdown restrictions due to new upticks in positive tests. For example, September 22, 2020, British Prime Minister Boris Johnson announced6 new restrictions, which he predicts may remain in place for the next six months, warning that if Britons fail to follow the rules, they may be looking at a second lockdown.

This, even though there’s no concomitant rise in hospitalizations or deaths.

The vast majority of people testing positive at this point remain asymptomatic.

Johnson’s announcement came on the heels of dire — and completely implausible — predictions by professor Chris Whitty and Sir Patrick Vallance, whose models predict the U.K. may be looking at 50,000 new “cases” (i.e., positive tests) per day by mid-October unless new restrictions are put into place.

In the video below, journalist Ben Swann reviews why such predictions are likely to be a gross overestimation, and one that is unlikely to result in a dramatic increase in hospitalizations or deaths.

Meanwhile, in Sweden, infection rates have reached an all-time low. As reported by The Guardian, September 16, 2020:7

“According to the European Centre for Disease Prevention and Control (ECDC), the Scandinavian country’s 14-day cumulative total8 of new cases was 22.2 per 100,000 inhabitants on Tuesday, against 279 in Spain, 158.5 in France, 118 in the Czech Republic, 77 in Belgium and 59 in the UK, all of which imposed lockdowns this spring.

Twenty-two of the 31 European countries surveyed by the ECDC had higher infection rates. New cases, now reported in Sweden only from Tuesday to Friday, are running at roughly the rate seen in late-March, while data from the national health agency showed only 1.2% of its 120,000 tests last week came back positive …

Thirteen Covid-19 patients are in intensive care in Swedish hospitals, and its seven-day average of coronavirus-related deaths is zero.”

The two graphs from The Guardian, below, show Sweden’s infection rate and deaths per million, compared to other countries that enforced stricter lockdown rules.

High Mortality Was Due to Nursing Home Failures

Initially, Tegnell’s approach came under fire as Sweden’s death toll soared five to 10 times higher than its neighboring countries, Denmark, Norway and Finland. However, Tegnell insists this early spike in deaths was not due to a lack of lockdowns or social distancing in general, but rather due to a failure to prevent infection in nursing homes, where a majority of the deaths actually occurred.

“The strategy in Sweden is to focus on social distancing among the known risk groups, like the elderly. We try to use evidence-based [measures].” ~ Emma Frans, epidemiologist, Karolinska Institutet, Stockholm, Sweden

“Of course something went wrong there,” Tegnell told The Guardian.9 Other than that, Swedish authorities insist the strategy to encourage and trust citizens to take personal responsibility for their health and well-being has been the correct one.

Contrary to other nations, Sweden’s decision has also resulted in consistent public messaging about disease prevention, thereby avoiding the confusion, frustration and distrust that comes from getting mixed messages.

In April 2020, Emma Frans, science communicator and a postdoctoral researcher in medical epidemiology at the Karolinska Institutet in Stockholm, told the National Review:10

“The strategy in Sweden is to focus on social distancing among the known risk groups, like the elderly. We try to use evidence-based [measures]. We try to adjust everyday life. The Swedish plan is to implement [measures] that you can practice for a long time.”

As a result of their sensible approach to the pandemic, Sweden has also largely escaped the financial ruin experienced in other areas, including the U.S. This also means they’ve minimized the impact of the pandemic on mental health. As Tegnell told11 The Daily Mail, April 4, 2020, “We can’t kill all our services. And unemployed people are a great threat to public health. It’s a factor you need to think about.”

Indeed, preventing healthy people from working is upending the middle-class in the U.S. and elsewhere, and has (as expected) resulted in a massive rise in suicide and other tragedies. As noted by Robert F. Kennedy Jr. in “How the Government Uses Fear to Control,” research from the 1980s found that for every 1-point rise in unemployment there were 37,000 excess deaths, 4,000 excess imprisonments and 3,300 excess admissions into mental institutions.

Kennedy also cites recent data from a hospital in San Francisco that stated they saw one year’s-worth of suicides in a single month, a 1,200% increase, and British research showing that while there were 30,000 excess deaths in nursing homes during a five-week period during the lockdown, only one-third of them were due to COVID-19.

In other words, the death rate from isolation was double that of the virus itself. People didn’t get the proper medical care for chronic conditions and so on. Kennedy also rightly points out that what we will see — and are already seeing — is the obliteration of the middle-class and the shift of wealth from the poor to the already ultra-rich.

“In a good year, the 43-year-old lawyer and her husband, Ian Boschen, 41, together brought in about $175,000, the couple said — enough to cover the mortgage, two car leases, student loans, credit cards and assorted costs of raising two daughters in the New York City suburbs.

After the coronavirus halted many foreclosures and closed courts, her work dried up. Unemployment benefits have helped, Ms. Hopkins said, but the family is running low on savings and can’t keep up with $9,000 in monthly debt payments including mortgage installments. ‘It frustrates me to not be able to earn a living,’ she said. ‘I have a law degree, almost 20 years of practice’ …

While lower-wage workers have borne much of the brunt, the crisis is wreaking a particular kind of havoc on the debt-laden middle class … The coronavirus has spared few industries and expanded unemployment benefits designed to replace the average American income didn’t cover all the lost pay of higher-earning workers, especially in or near expensive cities.

The extra $600 weekly payments expired in July, putting them even further behind. ‘What I see happening here is a core assault on successful college-educated families, which are the new breed of middle-class American families,’ said Anthony Carnevale, director of the Georgetown University Center on Education and the Workforce. ‘There’s a professional workforce that’s getting slammed.'”

So far, most efforts to curb COVID-19 infection have proven to be ill advised. Evidence shows the illness spreads mostly indoors,13,14,15 for example, casting doubt on the sanity of closing parks and beaches, especially during the summer.

Importantly, the total all-cause mortality is not significantly different than in previous years, as discussed by my interview with Denis Rancourt. Many other deaths have been shifted to COVID-19, bringing a high spike in deaths, but when you look at the area under the curve for total deaths, it really doesn’t differ from previous years.

This statistic has also been highlighted by the American Institute for Economic Research.16 As early as April 2020, they referred to the COVID-19 pandemic as “An egregious statistical horror story” that resulted in “a vandalistic lockdown on the economy,” which:

” … would have been an outrage even if the assumptions were not wildly astronomically wrong. Flattening the curve was always a fool’s errand that widened the damage …

The latest figures on overall death rates from all causes show no increase at all. Deaths are lower than in 2019, 2018, 2017 and 2015, slightly higher than in 2016. Any upward bias is imparted by population growth.

Now writing a book on the crisis with bestselling author Jay Richards, [statistician William] Briggs concludes: ‘Since pneumonia deaths are up, yet all deaths are down, it must mean people are being recorded as dying from other things at smaller rates than usual.’ Deaths from other causes are simply being ascribed to the coronavirus.

As usual every year, deaths began trending downward in January. It’s an annual pattern. Look it up. Since the lockdown began in mid-March, the politicians cannot claim that their policies had anything to do with the declining death rate.

A global study17 published in Israel by Professor Isaac Ben-Israel, chairman of the Israeli Space Agency and Council on Research and Development, shows that ‘the spread of the coronavirus declines to almost zero after 70 days — no matter where it strikes, and no matter what measures governments impose to try to thwart it.’

In fact, by impeding herd immunity, particularly among students and other non-susceptible young people, the lockdown in the U.S. has prolonged and exacerbated the medical problem.”

The news states that there is an uptick in cases, hospitalizations, and deaths in Wisconsin from COVID. Please keep in mind a few things:

Comments Off on Best Lockdown Strategy in the World