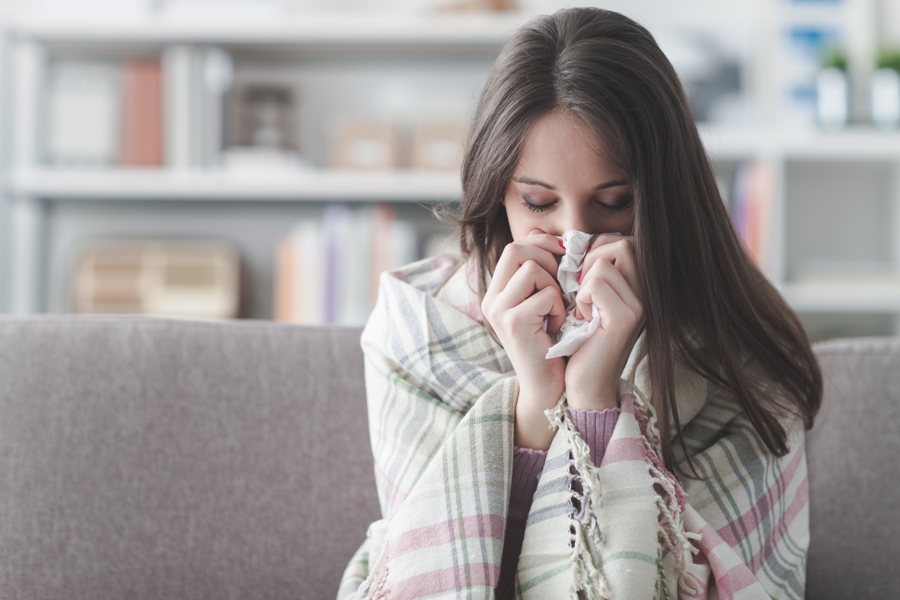 Individuals with a weakened immune system are more susceptible to developing infections, such as COVID-19. A review study has also found that people with compromised immune systems are at a greater risk of developing disseminated Lyme disease. The authors of “Erythema Migrans: Course and Outcome in Patients Treated With Rituximab” investigated patients diagnosed with Lyme disease, who were also taking Rituximab, a medication known to impair immunity. [1]

The small study examined the risk of developing disseminated Lyme disease for people with weakened immune systems. Researchers enrolled 7 patients with an EM (erythema migrans) rash who were diagnosed with Lyme disease. All of the patients were receiving Rituximab for another underlying medical condition. Out of the 7 patients, 4 were also being treated with additional immunosuppressant drugs (e.g., corticosteroids, methotrexate, and bortezomid).

“Rituximab is the anti-CD20 monoclonal antibody that influences B cells and consequently impairs secretion of antibodies, antigen presentation, and secretion of cytokines,” writes Maraspin and colleagues.

According to the authors, 43% of the patients treated with Rituximab showed unusually high signs of disseminated Lyme disease, compared to 8% of immunocompetent individuals.

The isolation rates of Borrelia from the blood before antibiotic treatment were also unusually high (40%) when compared with immunocompetent patients (<2%).

“Impaired immunity might be an explanation for the complicated course of LB (signs of disseminated LB or unfavorable outcome after antibiotic treatment) present in 57% of our patients, but rarely seen in immunocompetent adult patients with EM, of whom only about 8% have disseminated disease and approximately 10% have treatment failure, most often the presence of LB-associated symptoms,” the authors write.

In their study, 3 of the patients with multiple EM rashes were treated with intravenous antibiotics. The remaining individuals received oral antibiotics.

One patient, a 65-year-old woman, failed initial treatment. “Her skin lesion persisted for >2 months after the start of treatment with doxycycline,” explains Maraspin. “However, it disappeared after retreatment with amoxicillin and the subsequent clinical course was uneventful.”

At their 1-year follow-up, none of the patients had any objective (or physical) signs of Lyme disease. However, the authors did not mention the presence of other symptoms, such as fatigue, pain, and cognitive problems.

Meanwhile, a study by Maraspin and colleagues reports that 25% of Lyme disease patients who had received immunosuppressive drugs, such as adalimumab, infliximab, etanercept, golimumab, failed treatment for Lyme disease. Three of the four patients required retreatment.

Patients with weakened immune systems were also more likely (18.8%) to develop signs of disseminated Lyme disease when compared to Lyme disease patients who were immunocompetent.

Editors note: The increased chance of disseminated Lyme disease in patients with impaired immunity needs further study. I would also address the risk of treatment failures on other outcomes including fatigue, pain, and cognitive problems.

The one question that hasn’t been answered fully is what exactly is causing this impaired immunity?  While many would love to solely blame the patient’s immune system, many have yet to consider the interplay between how over time these pathogens directly impact the immune system negatively.  From experience I can state that most Lyme/MSIDS patients, prior to becoming infected, are some of the healthiest people I know.  They eat right, exercise, love the outdoors, and take their health seriously.

Until the answer to impaired immunity is determined (and it may vary from patient to patient), patients will not be treated appropriately.

Protect Our Health & Environment From 5G Calamity! EHT Submitted Science on the Health Effects of 5G on Human Body