One Health Trio: Dr. Breitschwerdt’s Three Publications About Vector-borne Pathogens and His Family

As often happens in healthcare, specialists enter their field because of a personal experience with their specialty or because those personal experiences find them or those whom they love. The vector-borne disease researchers at Galaxy Diagnostics include people with these experiences. We are pleased to see One Health Month giving people the opportunity to tell their stories.

Dr. Breitschwerdt, co-founder of Galaxy Diagnostics, has published more than 380 peer-reviewed scientific manuscripts, many of which focus on various aspects of vector-borne infections or their transmission. Three publications tell One Health stories from his own family. They explain how vector-borne zoonotic pathogens have affected his father, his mother, and him.

In each of these cases, knowledge of the natural history of the vector-borne pathogen(s) was helpful in reaching a diagnosis. Two of the cases presented information that was on the edge of scientific knowledge at that time. Each case reflects the value of a One Health approach that brings together experts in human, veterinary and environmental medicine, all contributing their different perspectives on the life cycle and illnesses attributed to these pathogens.

At first, it may seem extraordinary that both of Dr. Breitschwerdt’s parents as well as he himself contracted vector-borne pathogens. However, there is no reason to believe the Breitschwerdt family has a particular genetic susceptibility to vector-borne diseases. Rather, Dr. Breitschwerdt grew up on his parents’ farm in central Maryland. They later sold that farm and moved to a farm on Maryland’s Eastern Shore. Meanwhile, Dr. Breitschwerdt lived on his own rural property in North Carolina. All of them had frequent contact with a variety of animals, their associated vectors and potential vector-borne pathogens. Thus, they had the same occupational exposure to vectors that many people with farming and veterinary jobs have on a daily basis.

They also happened to have the expertise of Dr. Breitschwerdt and the team at the Intracellular Pathogens Research Laboratory (IPRL) at the North Carolina State University College of Veterinary Medicine available to assist physicians in documenting the respective vector-borne infections.

As often occurs with elderly family members, Dr. Breitschwerdt’s father’s declining health was imperceptible until the first few scary events that foreshadowed a crisis. He became a little forgetful and, more concerning, he fell twice at home. The crisis came when he fell down the stairs and broke his femur. Looking back, Dr. Breitschwerdt reports that he could clearly see the historical progression of events that led to this fall.

Despite somewhat unexplained complications, Mr. Breitschwerdt recovered from surgery, but next seemed to have a stroke before discharge from the hospital. He also had a slight fever and mild bilateral pleural effusion (fluid in his lungs), so he was evaluated for a variety of infectious causes. His blood, urine and cerebrospinal fluid (CSF) were tested for Borrelia burgdorferi, Rickettsia rickettsii, Bartonella henselae, Bartonella quintana and additional pathogens, but nothing was found.

Before he fell down the stairs, Mr. Breitschwerdt had been in the habit of capturing small rodents in his barn. When he captured groundhogs, he would transfer them in his car to a more suitable location for release. This activity had the potential to expose him to their fleas. He had a small circumscribed cutaneous lesion before he became sick that may have been one of these flea bites.

Dr. Breitschwerdt was provided samples of Mr. Breitschwerdt’s blood and CSF by his attending neurologist. When tested at the IPRL, both the blood and CSF samples were PCR-positive (a way of testing for DNA of a vector-borne pathogen) for the Bartonella genus, with DNA fragments similar to Bartonella volans, a species found in flying squirrels. The DNA sequence (like a DNA fingerprint found at a crime scene) was most similar to sequences found in small mammals such as groundhogs. Bartonella henselae DNA, the causative organism of cat scratch disease, was found in the CSF. And over the next few weeks, PCR tests were positive for Bartonella vinsonii subsp. berkhoffii, a species of Bartonella most commonly encountered in dogs. Based upon the timing of the serology results, it was possible this organism was transmitted during in-hospital blood transfusions to his father.

In retrospect, it is not possible to identify when or how exposure to each of these Bartonella species occurred or to define the symptoms that may have been attributable to them. This illness illustrates the complexity that can result when bartonellosis is not just infection with one species, but in this case likely infection with three different species, all potentially interacting.

After being treated with antibiotics and returning home, Mr. Breitschwerdt’s health stabilized. PCR testing did not find Bartonella DNA in his blood. Though Christmas was several months past, the family was able to open Christmas presents together. Unfortunately, his good health did not continue and despite starting antibiotics again, his condition deteriorated and he eventually chose to refuse medication. He died in hospice on May 2nd, 2008. Bartonella volans-like DNA was again amplified from blood specimens obtained shortly before his death.

In May 2010, Dr. Breitschwerdt was bitten by a Lone Star tick in North Carolina. An experienced vector-borne disease researcher, he preserved the engorged tick in alcohol. Seven days later he became ill, and over the next few days he developed fever, body aches, headache, nausea and dizziness, along with a rash. A vector-borne disease was suspected and he was prescribed antibiotics and recovered.

Based upon testing in the IPRL, both the tick and his blood were positive for Rickettsia rickettsiiDNA. At the time, there was little evidence for the Lone Star tick as a vector of R. rickettsii. He later tested seropositive for R. rickettsii (Rocky Mountain Spotted Fever), thereby documenting seroconversion following tick transmission of the bacteria. The preservation of the tick and the use of high-quality laboratory practices was able to turn this personal happenstance into a milestone case study that was built upon by additional researchers to improve the epidemiological understanding of RMSF transmission. In subsequent laboratory studies at the Centers for Disease Control and Prevention, Dr. Michael Levin demonstrated that the Lone Star tick was a competent vector for the transmission of R. rickettsii in the laboratory.

In 2005, Mrs. Breitschwerdt was treated for non-Hodgkin’s Lymphoma. During that time, Dr. Maggi (co-founder of Galaxy Diagnostics) tested her blood in the IPRL. Using PCR, he was able to identify Bartonella henselae in her blood. She had spent a lifetime around cats, dogs, farm animals and their associated fleas and ticks.

She was successfully treated for the lymphoma and was healthy until 2018, when she began to develop dementia. Then, her health suddenly got much worse over the course of two weeks. Dr. Breitschwerdt noticed that her blood values were similar to what he had observed in dogs infected with Ehrlichia canis. A close relative of that species, Ehrlichia chaffeensis, is more commonly the cause of ehrlichiosis in people. Dr. Breitschwerdt urged her doctors to test her for ehrlichiosis. Testing through the Mayo Clinic Diagnostic Laboratory confirmed the infection (ehrlichiosis). She was treated with antibiotics and her condition improved enough for her to be discharged to hospice care in the home of another of her sons. She died on August 4th, 2019.

A note from Dr. Breitschwerdt: 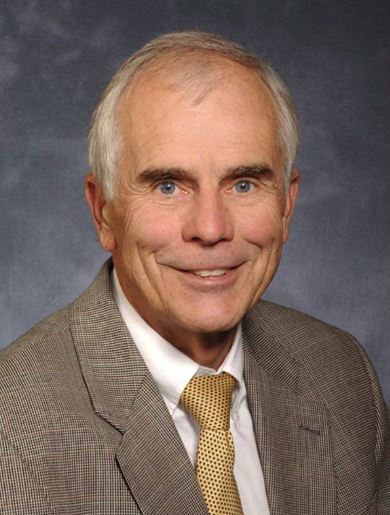 about this One Health Awareness Month. In particular, and clearly among many others, I want to recognize the work of the One Health Commission based in Research Triangle Park, NC.

The experiences of my parents and myself suggest that tick- and other vector-borne pathogens are of greater medical importance than is currently recognized. As I look back over my career, I’ve worked on collaborative One Health projects that have repeatedly documented the importance of these infections in animal and human patients, some decades old.

At the IPRL we’ve been able to identify novel, emerging and often overlooked vector-borne pathogens in individuals and families with a history of exposure. Due to the frequently nonspecific nature of these illnesses, these pathogens have caused symptoms that have been confused for a variety of other diseases.

My hope for One Health Awareness Month is that society and governmental funding agencies will embrace a One Health approach to protect animals, the environment, and the human race. As illustrated by the current coronavirus emergence occurring in China and extending to other parts of the world, including the United States, the health of one can be related to the health of many.

FOR PROVIDERS- LEARN HOW TO ORDER
FOR PATIENTS-PATIENT RESOURCES

We owe Dr. Breitschwerdt a world of gratitude for his dogged persistence in researching Bartonella, a much bigger player in Lyme/MSIDS than the medical establishment is admitting to.  I’m thankful he’s taken bitter experiences his family has experienced and turned them into real life answers for thousands of patients.

Comments Off on One Health Trio: Dr. Breitschwerdt’s Three Publications About Vector-borne Pathogens and His Family