Am I Losing My Mind, Or Is It Lyme Disease? 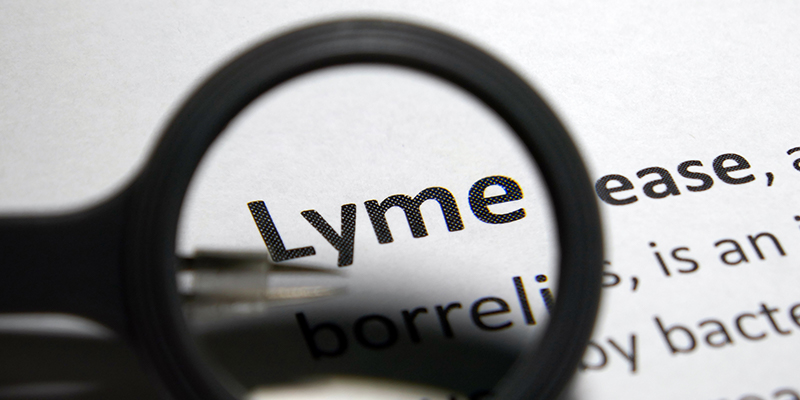 AM I LOSING MY MIND, OR IS IT LYME DISEASE?

Do you feel like you’ve got brain fog? Are you having trouble with problem-solving and decision-making? Is it getting harder for you to concentrate or pay attention? Are you struggling with memory problems? If so, you could be feeling like you’re losing your mind.

If you’re like most people, you might head to your primary care physician to complain about these issues. In some cases, you might be told it’s just part of the normal aging process, you might leave with a prescription for ADD/ADHD medication, you might get a recommendation to visit a psychiatrist, or you might be told you have Alzheimer’s disease. It’s highly unlikely, however, that you will be tested for Lyme disease.

That’s what happened to actor and singer-songwriter Kris Kristofferson. For years, he was told he was suffering from Alzheimer’s disease or some other form of dementia. His memory continued to deteriorate, and he was taking numerous medications. Eventually, the Hall of Fame singer went to Dr. Mark Filidei, an integrative medicine doctor who diagnosed Kristofferson with Lyme disease and treated him with antibiotics and hyperbaric oxygen therapy. After a few treatments, the singer reportedly told his wife, “I feel like I’m back,” and has done much better.

What is Lyme Disease?

Lyme disease (Borrelia burgdorferi) is a bacterial infection that is caused when a person gets bitten by an infected black-legged tick, or deer tick as it is commonly known. However, many people with Lyme disease don’t recall being bitten by a tick and who did not get the typical “bull’s-eye” rash that is considered a telltale sign of the infection. When left untreated, the infection can cause devastating, life-changing issues.

All of the neuropsychiatric issues mentioned above are considered symptoms of Lyme disease. In fact, 70% of people with Lyme disease say they experience negative changes in memory and mental sharpness. In some people, Lyme disease can also cause paranoia, mania, obsessive compulsive tendencies, anxiety, depression, and hallucinations. But many healthcare professionals are unaware of the debilitating psychiatric effects of the disease. For this reason, many people are treated with medications that don’t help, and in many cases, produce harmful side effects that make things worse.

How is Lyme Disease Diagnosed?

Lyme disease is notoriously difficult to diagnose. When laboratory testing for the infectious disease is performed by mainstream labs using the standard “Western blot” test, it can often give a false-negative result. If your results are negative, you could still have Lyme disease. It’s important for testing to be done at specialty labs that are better trained to detect the disease.

Because lab testing is not always definitive, Lyme disease is typically diagnosed by a “Lyme Literate Medical Doctor” (LLMD) who is a member of the International Lyme and Associated Diseases Society (ILADS). These trained healthcare professionals generally take a detailed clinical history, perform a thorough physical exam, and do appropriate laboratory testing.

Brain imaging studies using SPECT can also help. Brain scans of people with infections like Lyme disease tend to show low overall blood flow and have a toxic appearance. When a brain looks toxic, it prompts a psychiatrist or other medical professional to dive deeper into what the root cause may be. It increases the chances of Lyme disease being investigated.

Just as singer Kristofferson saw an improvement in his symptoms when properly diagnosed and treated for Lyme disease, there is hope for other sufferers. With an accurate diagnosis and a personalized treatment plan, people can experience a reduction in symptoms and a greater quality of life.

At Amen Clinics, we have seen hundreds of patients with resistant complex psychiatric symptoms or cognitive problems who tested positive for Lyme disease and got significantly better when it was treated. Dr. Mark Filidei, who diagnosed Kris Kristofferson with Lyme disease, is the director of integrative medicine at Amen Clinics, where we commonly use specialty labs to help diagnose Lyme disease.

For more: https://madisonarealymesupportgroup.com/2017/01/04/aluminum-alzheimers-ld/ Within this link you can watch a brief video of Kris Kristofferson, initially diagnosed with Alzheimers but was found to be infected with Lyme disease.

Comments Off on Am I Losing My Mind, Or Is It Lyme Disease?