It sounds like the plot for a science fiction movie: A government agency decides to use ticks and other insects to spread disease and kill its enemies, only the ticks got out and infected the country’s residents itself.

New Jersey Rep. Chris Smith says that may not be too far-fetched.

He’s won approval from the House to have the Defense Department’s inspector general investigate whether the Pentagon actually looked at using ticks stuffed with pathogens as bioweapons during the height of the Cold War beginning in the 1950s.

He said several books and articles pinned the blame on the Pentagon, and perhaps some of the ticks and insects got out and helped to spread illnesses, most notably Lyme disease.

“If this isn’t true, let’s put it to rest,” said Smith, R-4th Dist. “For the sake of public health we should demand these answers.” 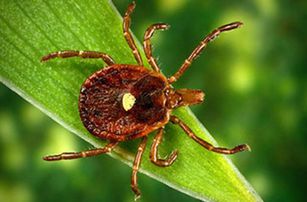 Lyme disease cases dropped last year in N.J., except in these 3 counties

The state saw a 22.3% decrease in confirmed or probable cases of the disease.

The provision is part of the National Defense Authorization Act, which sets defense policy for the 12 months beginning Oct. 1. That’s the same bill that includes Pentagon projects at Joint Base McGuire-Dix-Lakehurst and the Picatinny Arsenal, as well as prevents President Donald Trump from launching an attack on Iran without first receiving congressional approval.

House Democrats allowed Smith to bring up an amendment to begin the study, and then joined with Republicans in unanimously adding it to the legislation.

Since a similar provision is not in the Senate version of the bill, it will be up to congressional negotiators to make sure it makes the final defense legislation. Smith said he’s talking to Senate leaders to gain their ascent.

The Lyme Disease Association is pushing senators to agree to the study.

“We know that the government was doing other kinds of experiments during that time,” said Pat Smith, president of the Jackson, N.J.-based group. “Absolutely it needs to be looked at. The public needs to know if this has occurred.”

And if it turns to be true?

“Maybe there is something in the research that would lead to helping patients get better or constrain the spread of ticks across the country,” Smith said.