“Under Our Skin” Lyme film now free through Amazon Prime 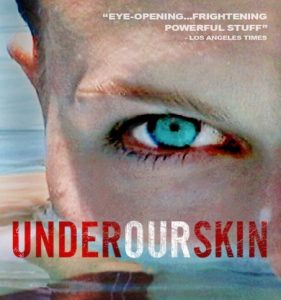 The award-winning Lyme documentary Under Our Skin, and its sequel, Under Our Skin 2: Emergence are now both available for free viewing by members of Amazon Prime.

Released in 2008, Under Our Skinremains one of the most effective ways of explaining the complexities of Lyme disease and the troublesome medical politics surrounding it.

If you haven’t seen it yet, we highly recommend it. For members of Amazon Prime, this is also a good chance to watch it along with family and friends who may need educating on this issues.

Here’s a trailer to give you a taste of the film:

This film brilliantly shows the polarization of the medical field with one set of doctors saying it’s a simple illness against another set of doctors saying Lyme/MSIDS is probably one of the most complex illnesses to treat.  The collusion of the CDC is brilliantly exposed as well – showing that a majority on the committee to determine the “Lyme Guidelines,” have conflicts of interests including patents on organisms as well as test kits.

I diagnosed both my husband and I watching this film.

The CDC is the Fox Guarding the Henhouse Regarding Vaccines

Webinar – How to Reduce Exposure to Harmful Cellphone & WiFi Radiation