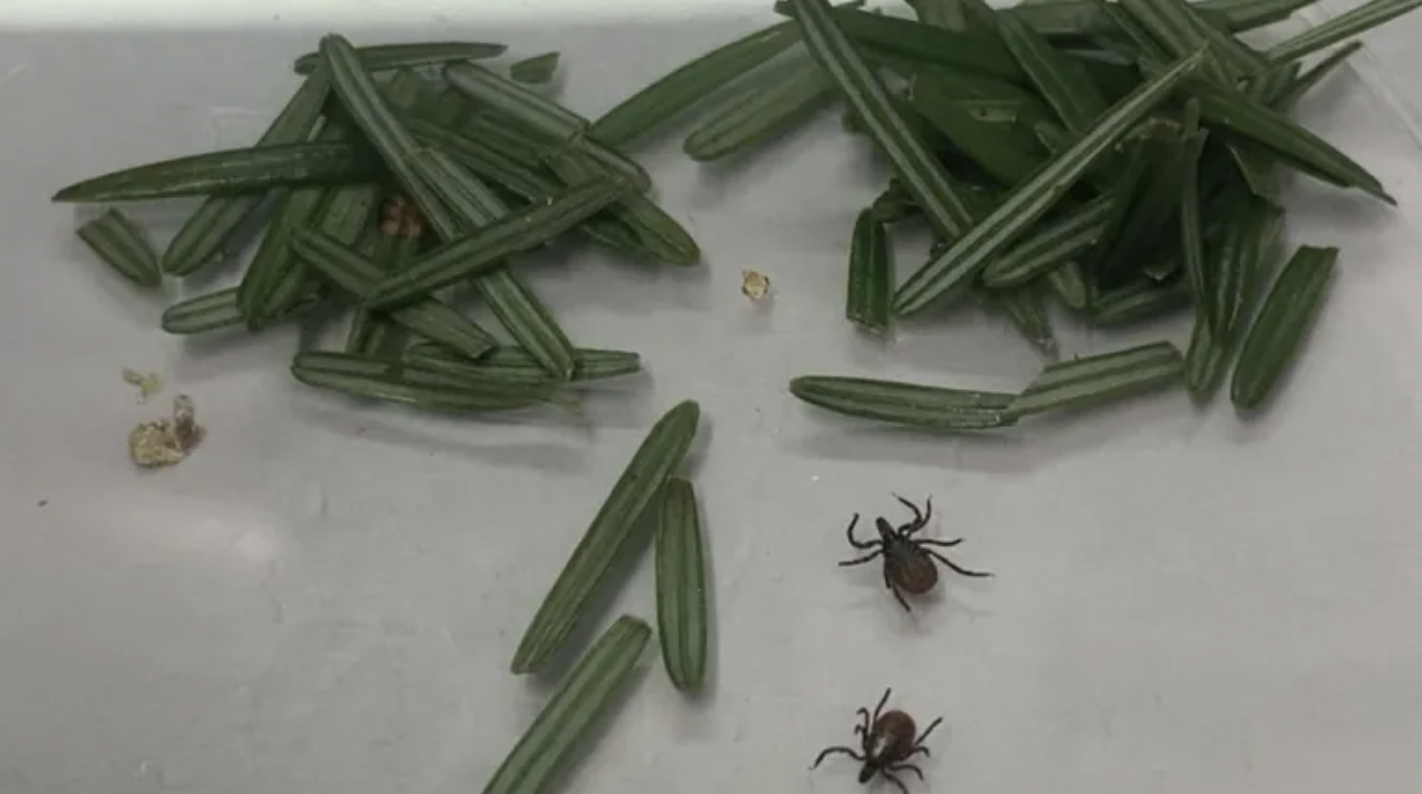 Adamo, a professor in the department of psychology and neuroscience at Dalhousie University in Halifax, said she noticed ticks often didn’t survive winter on her South Shore property which has thick stands of balsam fir trees.

Adamo said she had a “realistic hunch” that she should study the effects of balsam fir trees on Ixodes scapularis, the blacklegged tick that is a vector for Lyme disease. First discovered in Lyme, Conn., in the 1970s Lyme disease is now a common tick-borne disease that can cause fever, joint pain, rash and other longer-lasting effects.

The results of a three-year study into how balsam fir needles could help control tick populations was published on July 29 in Scientific Reports. Adamo spoke to Emma Smith of CBC Radio’s Mainstreet NS about what she discovered.

What did you do to determine that these balsam fir needles could could kill blacklegged ticks?

We tested them by collecting ticks and then we would put them in incubators and give them like a winter kind of experience.

We put them in tubes and then we put the balsam fir in with them and they died.

Then we tried it outdoors as well. So we worked with people at the Harrison Lewis Centre who were very good to us. They’re down in the Port Joli area between Liverpool and Shelburne, a real hotspot for Lyme.

We collected the ticks locally so we weren’t adding ticks at least, and we put them in their own little tubes so they couldn’t get out. But it was mesh so that snow and rain could fall in.

We put them in the tubes with balsam fir and put them out in December and collected them in March and we looked to see who lived and who died.

Some ticks got a little layer of oak and maple leaves, which is what they like. And some of them got a layer of of balsam fir. The ones that got to live with the balsam fir needles died. Pretty much all of them.

This could be a natural-product way to try to reduce the load of these potentially Lyme carrying ticks.

When you collected those tubes in the spring, the ones that had the maple and oak leaves, were those tick still alive?

They don’t all live. But surprisingly for ticks that evolved much further south, they actually can survive fairly well in in our Nova Scotian winters.

To read the full story from CBC News, click here.