This article was originally published here but has been updated with new information. 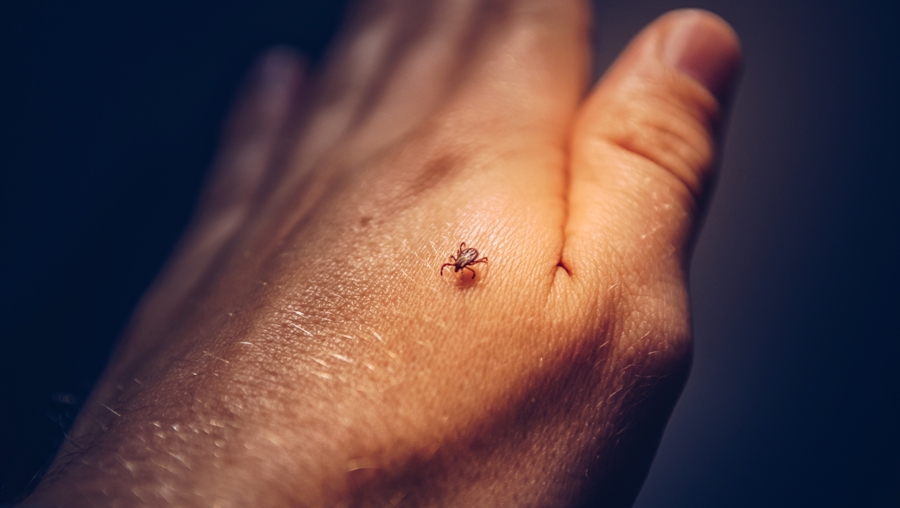 Ticks patiently hold on to blades of grass and shrubs in a position known as “questing” as they await their next meal or host. “Almost blind, ticks rely on chemosensation to identify and locate hosts for a successful blood meal,” write the authors of “Behavioral responses of Ixodes scapularis tick to natural products: development of novel repellents.”¹

As the number of tick-borne diseases grows and the geographical spread of ticks continues, there is an increasing interest in what repels ticks naturally and which products are effective and safe to use.

Little is known about exactly how ticks detect odors and what smells repel them. “Improving our understanding of tick olfactory mechanisms and odor driven behaviors is key to enabling development of new repellents,” writes Faraone, lead author of the study.

When researching looked at what repels ticks naturally, the authors found that in behavioral bioassays “lemongrass essential oil and its main chemical constituents (such as geraniol, β-citronellol and citral), as well as PEA [phenethyl alcohol], were significantly repellent to I. scapularis nymphs.”

“The efficacy of lemongrass essential oil was dose-related,” the authors explain. It was “effective in repelling up to 76% of I. scapularis nymphs after 10 minutes when applied at the highest tested concentration.”

The substance was more effective at higher concentrations in repelling ticks. But, the effect declined after 2 hours from the first application to 62.5% compared to a DEET-based product of 87.7%.

The authors did not report on the repellent effects outside the lab. And given that the formulation was proprietary, its ingredients were not disclosed.

However, they found that “PEA- and geraniol-based formulas exerted an effective repellent action representing a valid natural alternative to synthetic repellents already available on the market.”

In another study, Soutar et al. also addressed the question: what repels ticks naturally? They treated blankets and trousers with either 5% oregano, rosemary, spearmint or thyme oils or 20% DEET. They found, “The number of ticks present on the blankets or trousers differed significantly between treatments.”²

“For ticks that did attach to the trousers, the rate of drop off within 3 min was significantly higher for trousers treated with spearmint oil or thyme oil than ethanol, oregano oil and rosemary oil,” the authors write.

They conclude, “The results suggest that 5% oregano and spearmint oils exhibit potential as natural clothing repellents, with an effective equivalence to 20% DEET.”

Investigators used the lone star tick to test the efficacy of 4 commonly used ingredients in repellents:  DEET, Picaridin, IR3535, and Oil of Lemon Eucalyptus.³  Repellency was tested after 3 and 6 hours.

They found that each repellent “significantly reduced” the number of tick engagements to fabric for at least 6 hours. There was not any significant difference in repellent efficacy between the 4 ingredients after 3 hours of application.

However, after 6 hours, Oil of Lemon Eucalyptus repelled ticks more than the other ingredients.

DEET (diethyltoluamide) is not a natural tick repellent but like lemongrass essential oil, the concentration of DEET also impacts its ability to repel ticks, as shown below:

Interestingly, 0% DEET repelled 8.5% of ticks at 10 minutes. This is similar to the placebo effect.

Most importantly, the study was completed on a paper filter. It remains to be seen how DEET or the natural-based products will work on people.

When do ticks quest, waiting for the next meal?

Comments Off on What Repels Ticks Naturally?

Lyme Spirochetes in an Autopsied Brain Despite Treatment