The physical and financial devastation of unrecognized Lyme disease 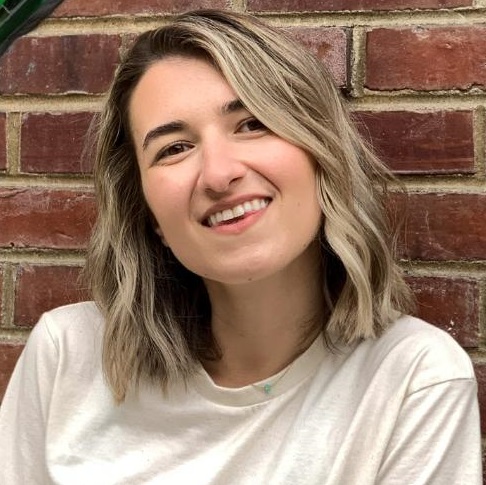 My name is Caroline and I am 25 years old. I grew up in Pennsylvania and moved to North Carolina after graduating from Temple University with a degree in Risk Management and Insurance in 2019.

I first became ill when I was 9 years old. I presented with mostly gastrointestinal and neuropsychiatric symptoms, which my pediatricians dismissed as mental illness despite the recommendation from my child psychiatrist that I be tested for Lyme.

Despite years of unexplainable symptoms that frequently debilitated me, I went undiagnosed for 15 years until the age of 23. At this time my symptoms progressed to the point that I could barely stand up without passing out and I would get to the end of the day and have no recollection of what happened, and still I was told I was just anxious.

The results of my Western Blot still left me in a gray area. The hospital called me weeks later to tell me my test was “not positive, but not exactly negative,” with no guidance on what to do about that.

Alongside Lyme disease, I have also been diagnosed with associated infections of Babesia, Bartonella, and mycoplasma. It is extremely common for patients to be infected with multiple pathogens, yet the co-infections are rarely recognized for how common and also how damaging they are.

I struggle every day with regional pain in my ankles, knees, and hips that leaves me unable to walk. Nausea to the point I lost 35 pounds in a year and dropped to 95 lbs, so underweight I stopped getting my period. I had to have my gallbladder removed. Headaches, jaw pain, eye problems, mood instability, panic attacks, and PTSD from my traumatic experiences trying to navigate the medical system for so many years.

Like so many other patients, I not only suffer from the physiological devastation, but also the financial devastation of this illness. I have spent hundreds of thousands of dollars on medical costs throughout the years.

I am now unable to work and had to leave my first full time job out of college. I have had more than $15,000 in out of pocket medical costs in the last MONTH alone, which is a continuation of ongoing treatment that is expected to cost $60-80k out of pocket.

There are a number of things that could have been done differently to impact my journey with this disease. The Working Group should consider the following action items:

I am confident that had measures like this been put into place, I would not be here speaking on this topic right now. I would not have had my childhood robbed from me or had to put the last two years of my life on hold while accumulating tens of thousands of dollars in medical debt.

There is a unique opportunity here to change the lives of the hundreds of thousands of people being diagnosed every year. Thank you for your time.

Caroline can be contacted via ciocca.caroline@gmail.com.

Seriously, how many more stories must be shared before this becomes recognized for the global plague it truly is?

Comments Off on The Physical & Financial Devastation of Unrecognized Lyme Disease

How to Protect Yourself From Ticks With Permethrin-Treated Clothing