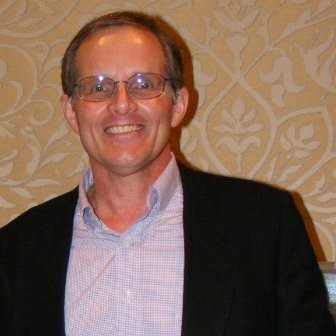 I was bitten on the neck by a tick in 1996, while camping in southern Mississippi. But I didn’t notice or remove the tick until five days after I returned home.

Looking back, I now recognize the subtle symptoms in the years following, such as hand rashes, crackling in my neck and mild cardiac arrhythmias.

In 2010, I became very ill. I spent a year and a half visiting physicians with no definitive diagnosis.

The symptoms had intensified to include numbness in my hands and feet, increased cardiac arrhythmias, consistent tinnitus and severe fatigue. Finally, an ILADS-affiliated doctor diagnosed me with Lyme in 2012.

I had worked as a respiratory therapy for 39 years, but could do so no longer due to my symptoms. I retired and began to delve into another love, screenwriting. 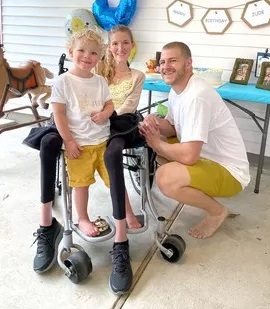 Through a number of incredible circumstances, I became acquainted with Jessica and Lance Lasiter. Jessica is 30 years old and suffers highly debilitating symptoms. She became ill in 2010 and like me, experienced misdiagnosis and questioning of her symptoms.

At one point, doctors told her she had ALS. But eventually, she discovered she had neurological Lyme. Jessica is presently wheelchair-bound with very little use of her hands and much difficulty speaking.

Writing with one functional finger

Jessica and Lance are a courageous couple. Jessica, in her determination to help others, has even written the manuscript for a book based on her journey, using her one functional finger, on her cell phone. She transfers her work to her laptop, which she operates with a foot mouse.

Getting to know Jessica and Lance motivated me to write a screenplay based on their journey. Jessica, Lance and I met on a weekly basis for two years in order that I could learn their story, with its many ups and downs.

Their story was recently chronicled in The Clarion Herald, a local New Orleans newspaper. Here is a link to that article.

We now have a completed script, synopsis and log line for the project. We feel that it is a story that will truly encourage others, as well as inform many regarding the seriousness and horror of Lyme disease. The story is also one of Jessica’s courage and determination to help others in the face of severe adversity. The film project is currently titled, “The Cub & The Raider.”

We expect Jessica’s book manuscript, “We’ve Only Just Begun,” to be ready for publication soon.

During my work with Jessica and Lance, I have witnessed a devotion of a couple to each other that one rarely sees. They love each other unconditionally. This inspires me to use my situation and understanding of Lyme to put forth this story. By virtue of this I am determined, more than ever, in spite of the continued symptoms that I experience, to press on to completion. I hope it will help many people cope with their own Lyme disease challenges.

Steve Doherty lives in Metrairie, Louisiana. For more information regarding the book and film projects, he can be contacted at brownpelican08@aol.com.

Are There Hidden Genes in DNA/RNA Vaccines?