Extraction and Fractionation of Bioactives From Dipsacus fullonum L. Leaves and the Evaluation of Their Anti-Borrelia Activity

Extraction and Fractionation of Bioactives from Dipsacus fullonum L. Leaves and Evaluation of Their Anti-Borrelia Activity 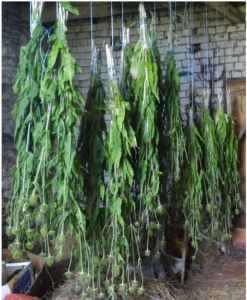 Figure 1. Dipsacus fullonum L. harvested from Saaremaa, Estonia, 2017.
Abstract
Lyme disease (LD) is a tick-borne bacterial disease that is caused by Borrelia burgdorferi. Although acute LD is treated with antibiotics, it can develop into relapsing chronic form caused by latent forms of B. burgdorferi. This leads to the search for phytochemicals against resistant LD. Therefore, this study aimed to evaluate the activity of Dipsacus fullonum L. leaves extract (DE) and its fractions against stationary phase B. burgdorferi in vitro. DE showed high activity against stationary phase B. burgdorferi (residual viability 19.8 ± 4.7%); however, it exhibited a noticeable cytotoxicity on NIH cells (viability 20.2 ± 5.2%). The iridoid-glycoside fraction showed a remarkable anti-Borrelia effect and reduced cytotoxicity. The iridoid-glycoside fraction was, therefore, further purified and showed to contain two main bioactives—sylvestrosides III and IV, that showed a considerable anti-Borrelia activity being the least toxic to murine fibroblast NIH/3T3 cells. Moreover, the concentration of sylvestrosides was about 15% of DE, endorsing the feasibility of purification of the compounds from D. fullonum L. leaves.
____________________
**Comment**

Dipsacus fullonum L, or wild teasel has been known in the Lyme/MSIDS world for a long, long time.  Many patients swear by it’s anti-inflammatory properties.

Here we learn that the leaves showed anti-borrelia activity in mouse cells – which doesn’t necessarily translate over to humans, but it’s a start.  It also only looked at the stationary phase and borrelia is pleomorphic and likes to mutate to evade treatment and the immune system. Previously, research on the herb stevia was touted by many as a “cure” for Lyme.  It is anything but a cure, although some doctors use it as a “biofilm buster.”

Every patient responds differently to treatment and I know patients who herx on one drop of an herbal tincture; however, I’ve taken a lot of herbs over the years and never herxed or had a noticeable change on nearly any of them, but don’t let that stop you from trying.  We are literally Guinea Pigs, and we have to kiss a lot of frogs to find our Prince!

The exception for me was a potent form of arthemisinin along with Mepron and an intracellular antibiotic for Babesia:  https://madisonarealymesupportgroup.com/2016/01/16/babesia-treatment/  I write about my personal experience at the end of the article, along with the brand of arthemisinin used.  It was extremely potent and we pulsed it due to the heart-attack type herxes it gave me.  I’m happy to report that treating Babesia for a year has left both my husband and I symptom-free.

Comments Off on Extraction and Fractionation of Bioactives From Dipsacus fullonum L. Leaves and the Evaluation of Their Anti-Borrelia Activity