Despite Natural Immunity Confirmed As Better Than Shots, New Bill to Force Unvaccinated to Pay For Health Care in the Works

Similarly to Fauci’s flip-flipping on the uselessness of masks and the “fatal flaw” in the COVID tests, Fauci pre-2019 stated:

“The Most Potent Vaccination Is Getting Infected Yourself” ~ Dr. Fauci

Authored by Noah Carl via DailySceptic.org,

At the end of August, a study was published showing that natural immunity provides much better protection against infection than the Pfizer vaccine. It was described by UCL’s Francois Balloux as “a bit of a bombshell”. 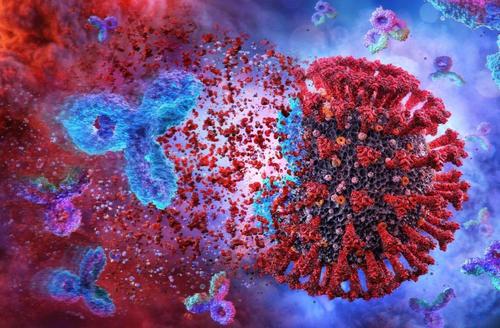 Subsequent studies have compared natural and vaccine-induced immunity at the cellular level. One found that infection-induced antibodies “exhibited superior stability and cross-variant neutralization breadth” than vaccine-induced antibodies, suggesting that people who’d already been infected had better immunity against the then-novel Delta variant.

However, as I noted in my write-up of the “bombshell” study, its findings still needed to be replicated.

After all, certain datasets or methods of analysis can sometimes yield quirky results, which don’t survive independent empirical tests.

Encouragingly, the findings now have been replicated – by another team of Israeli researchers, using a different data set.  (See link for article)

And have been for six months. This chart may seem unbelievable or impossible, but it’s correct, based on weekly data from the British government.

The brown line represents weekly deaths from all causes of vaccinated people aged 10-59, per 100,000 people.

The blue line represents weekly deaths from all causes of unvaccinated people per 100,000 in the same age range.

I have checked the underlying dataset myself and this graph is correct. Vaccinated people under 60 are twice as likely to die as unvaccinated people. And overall deaths in Britain are running well above normal.  (See link for article)

In October Berenson posted the COVID injections will prohibit you from acquiring full immunity even if you were infected and recovered from COVID.  He reprinted the following quote from UK Health Security Agency data:

The injections interfere with your body’s innate ability after infection to produce antibodies against the spike protein and other pieces of the virus, which means the “vaccinated” are far more vulnerable to mutations even after infection and recovery.

Further, more data from the UK hows the double jabbed have lost 50% of their immune system capability and are losing a further 4-5% every week.  Further:

Everybody over 30 will have lost 100% of their entire immune capability (certainly for Covid and most likely for viruses and certain cancers – following the evidence from Cole Diagnostics in Idaho and Dr Nathan Thompson and Dr Ralph Baric) within 18 weeks.  Source

The COVID injections wiping out your immunity has been discussed before, by numerous experts.  To watch a board-certified pathologist explain how these shots reprograms the innate immune response, go here.

To boost the immune system to produce more antibodies that do not work is madness. (Regarding boosters)

From an evolutionary standpoint, durable immunity to SARS-CoV-2 is expected to be more resilient and far, far more effective – and last decades – where dozens of types of memory B- and T-cells have been generated, preventing the emergence of types that can surpass the immune escape threshold. Multifactorial approaches to control viremia are also available – and will help reduce viremia in every patient, instead of forcing them to sit at home and incubate new variants (See: Who Are the World’s Leading Authorities in COVID-19 Treatments?).  Dr. James Lyons Weiler  Source

New Bill to Strip the Unvaccinated of Health Insurance if They Get Sick, Force Them to Pay Out of Pocket

To those who are paying attention, the demonization and discrimination against the unvaccinated is eerily similar to extremely dark times throughout human history. These historical events are riddled with the suffering and death of millions of innocent people all because the media and government dehumanized a group of people and convinced the majority that they need to rid themselves of the “unclean.”

Unscientific vaccine mandates are laying waste to human rights across the planet. Lacking all logic and reason, even if you’ve had covid-19 and have superior immunity over someone who only took the jab, you are denied entry into public places and treated like a second-class citizen.

In Australia and Austria, the unvaccinated are fined and even arrested if they attempt to go out in public. Mainstream news outlets across the world continue to shame the unvaccinated, stoking fear and hatred against them over their personal medical choices.

President Biden even took to demonizing the unvaccinated, blaming them for the economic downturn, supply chain debacle, and claimed — without merit — that they are “costing jobs.”

Now, the state of Illinois is taking the segregation and discrimination against the unvaccinated one step further by attempting to strip them of their health insurance if they get sick from covid-19 — forcing them to pay for their medical treatment out of pocket.

“I think it’s time that we say: ‘You choose not to get vaccinated, then you’re also going to assume the risk that if you do catch COVID, and you get sick, the responsibility is on you,’” State Representative Jonathan Carroll told the Chicago Sun-Times this week.

This is so predicable, and has been acutely felt by Lyme/MSIDS patients for 40 years.

Those that claim to be following the “science,” lead by no other than real live Dr. Evil who claims HE IS science, are “trying to do the right thing,” as if the only right thing is taking an experimental, fast-tracked jab that has caused more injury and death than any other vaccine in the 30 years of VAERS.

Comments Off on Despite Natural Immunity Confirmed As Better Than Shots, New Bill to Force Unvaccinated to Pay For Health Care in the Works

Lyme Arthritis in Children Can Present Throughout the Year