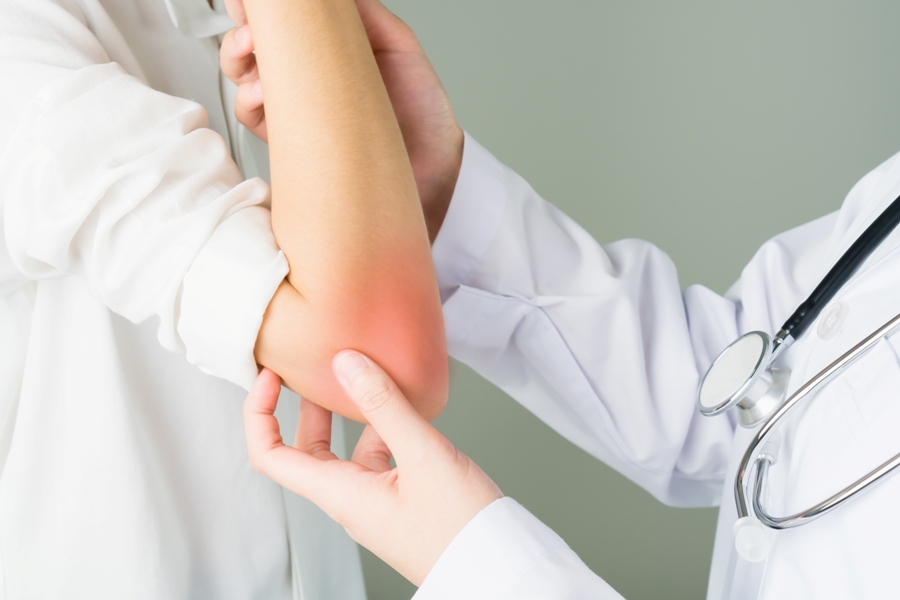 Welcome to another Inside Lyme Podcast. I am your host Dr. Daniel Cameron. In this episode, I will be discussing a question I’m asked frequently: What does a Lyme disease rash look like? As a new study has found, the erythma migrans rash can appear differently based on several factors.

The study by Rebman and colleagues, entitled “The presenting characteristics of erythema migrans vary by age, sex, duration, and body location,” was published in Infection in March 2021.¹ It addressed a frequently asked question: What does a Lyme disease rash look like?

The erythema migrans (EM) rash (or Bull’s-eye rash), considered a definitive sign of Lyme disease, is often mistakenly thought to appear similar in all individuals – a circular red lesion which expands to at least 2 inches.

But as Rebman and colleagues report, a Lyme disease rash can look different based on several factors and does not always appear as the familiar Bull’s-eye rash. In fact, the authors suggest that relying solely on a Bull’s-eye appearance, when evaluating a rash for possible Lyme disease can lead to delays in diagnosis and treatment.

The authors examined 271 Lyme disease patients who had an erythema migrans rash to determine what does a Lyme disease rash look like? ¹

“We studied associations between these presenting characteristics [of EM rashes], as well as whether they were associated with age, sex, EM duration, body location, and initiation of antibiotics,” the authors write.

The patients were part of a longitudinal cohort study from 3 sites in Maryland and southeastern Pennsylvania. They were not enrolled if their rash was under 5 cm in diameter (2 inches) or their acute illness was longer than 3 months.

The study found that:

The authors raised concerns with following a 5 cm (or less than 2 inches) cutoff for EM rashes in determining the presence of a Lyme disease infection.

“Applying a 5 cm size cutoff in research or surveillance settings may thus exclude a higher proportion of females with otherwise suggestive clinical histories and epidemiological risk,” the authors write.

They also raised concerns about recognizing an EM rash in darker skinned patients. “95.9% of our final sample self-identified as non-Hispanic white.”

The authors suggest that the variation in EM rash presentations in males vs. females and among various ages may be related to an immune response to the Borrelia infection.

“Given that EM remains a clinical diagnosis, it is essential that both physicians and the general public are aware of its varied manifestations.”

The following questions are addressed in this episode:

Please remember that the advice given is general and not intended as specific advice to any particular patient. If you require specific advice, then please seek that advice from an experienced professional.

To be clear, having the EM rash is diagnostic for Lyme. You are infected. On the other hand, NOT having the rash doesn’t mean you aren’t infected.

Also, EM rashes wax and wane despite treatment. Treating the EM rash is illogical because borrelia becomes systemic (all over the body) within hours. It means nothing if the EM rash disappears. This is why it’s critical to get to a Lyme literate doctor (LLMD) who is educated on such matters.

Comments Off on What Does a Lyme Rash Look Like?

4 Experts on COVID-19 Being Engineered

Lyme Coinfection Comparisons: What Your Symptoms Could Be Telling You