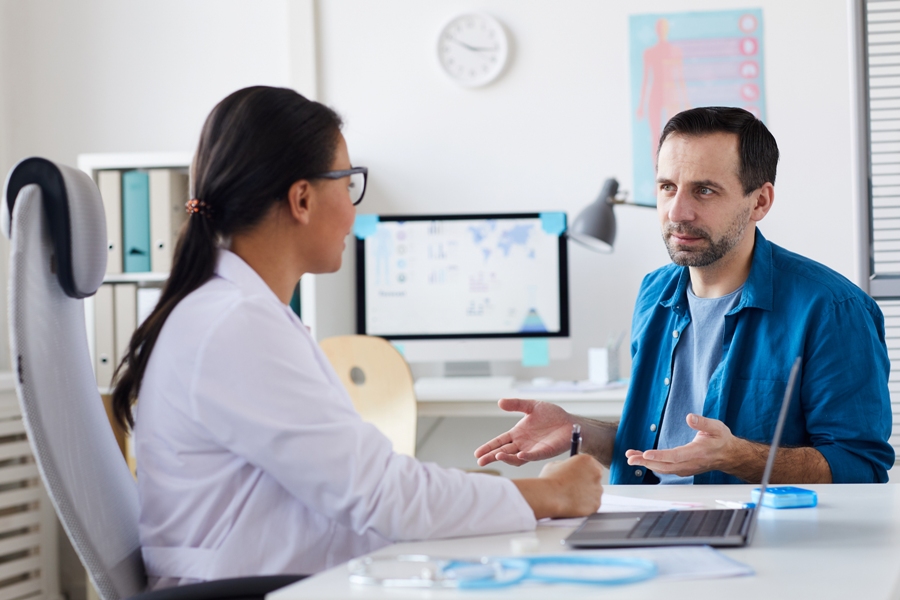 Hello, and welcome to another Inside Lyme Podcast. I am your host Dr. Daniel Cameron. In this podcast, I will be discussing an unusual case of delayed onset Babesia.

The case, involving a 19-year-old Hispanic man, was published in the Italian Journal of Pediatrics.1

Ten weeks after travelling to New York, the patient was diagnosed with the tick-borne illness Babesia. Initially, he presented with a 4-day history of fever, generalized weakness, and flu-like symptoms.

His fever was 104.8 F. His hemoglobin dropped from 9.3g/dL to 6.7g/dL within 5 hours. He was diagnosed with hemolysis and transfused with 2 units of packed red blood cells. A peripheral blood smear revealed a Maltese cross typically seen in Babesia.

Early in the disease, Babesia is more likely to be diagnosed with a thick blood smear under the microscope. But later in the course of the disease, a polymerase chain reaction (PCR) or antibody test can confirm the infection.

The patient was prescribed Quinine, but it was stopped due to headache, tinnitus, and blurred vision. Instead, he was successfully treated with Atovaquone, clindamycin, and azithromycin.

During their third trimester, two mothers were treated for Lyme disease with amoxicillin. Both babies were born and discharged home. But several weeks later, the babies became ill with Babesia.²

The following questions are addressed in this Inside Lyme Podcast.

Editor’s note:  Delayed onset Babesia in two newborns is discussed in another Inside Lyme podcast.

Please remember that the advice given is general and not intended as specific advice as to any particular patient. If you require specific advice, then please seek that advice from an experienced professional.

Sometimes the Memory is Better Than the Real Thing