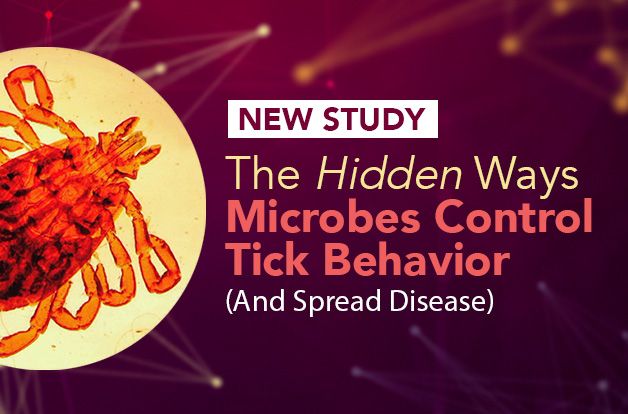 We’ve heard a lot of late about an increase in Lyme disease cases, but tick-borne diseases of all kinds — including babesiosis, anaplasmosis, rickettsiosis, and others — are on the rise throughout the United States, reports the Centers for Disease Control and Prevention (CDC). At least part of the increase in tick-borne illnesses can be traced to an expanding tick population, caused by several factors including changes in climate patterns and the development of housing into wooded areas, creating closer interactions between people, animals, and ticks.

But what if there’s also an unseen force at work compelling ticks to act out or present with certain behaviors that give them a leg up when it comes to their own survival — and that of the microbes they carry? New research suggests that perhaps there’s more to this story than we know.

First, a Basic Overview of Ticks On the Hunt

More than four decades after the first cases of Lyme disease were diagnosed, we’re still learning about tick behavior and why they operate in the way they do. We know that blood hosts like humans and animals are critical for tick survival, so ticks are regularly on the prowl.

A tick’s vision isn’t very good, so they rely on other sensory components to find food sources. Located on the first pairs of ticks’ legs are tiny structures called Haller’s organs. These organs are found only on ticks, and it is believed that they function somewhat like antennae and utilize the sense of smell to detect odors wafting through the air to find unsuspecting hosts.

Using their Haller’s organs, ticks detect the carbon dioxide (CO2) that comes from human respiration and breathing — they can sense other chemicals like ammonia and pheromones, too. While certain ticks, like the Lone Star tick, can aggressively charge potential human hosts, most prefer a more subtle approach: Waiting patiently on blades of grass or areas of brush until you approach them, an activity known as “questing.” 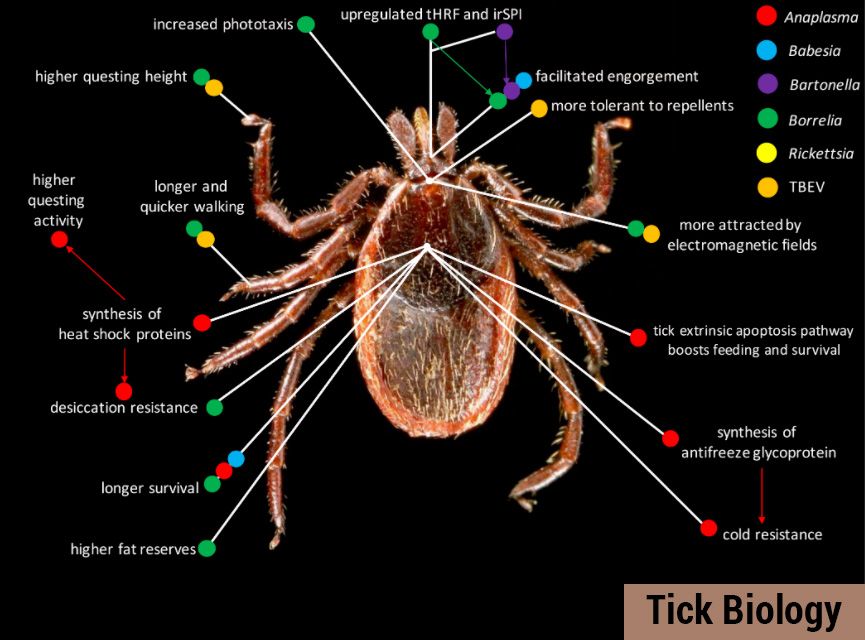 When a tick quests, they grip the blade of grass or brush with their back legs and stretch their front legs into the air. In due time, a human or animal walks past, and they latch on, using the front legs to ascend their new host and search for a suitable spot to begin feeding.

As weird and as sci-fi as all this sounds, emerging research from Giovanni Benelli, PhD, Senior Research Entomologist at the University of Pisa in Pisa, Italy, has begun to shed light on microscopic agents that exert influence upon ticks’ hunting behavior. Interestingly, it’s the very microbes we work so hard to avoid that play puppeteer to their tick hosts.

In August 2020, Benelli published a new review in the journal Pathogens investigating whether microbes Anaplasma, Borrelia, Babesia, Bartonella, Rickettsia, and tick-borne encephalitis virus (TBEV) were involved in influencing tick behavior and adaptive significance (traits that affect a tick’s reproductive success). Pathogenic manipulation — such as an increase in biting frequency and duration and changing host-borne odors to make them more appealing meals for other arthropods like mosquitos and sand flies — has already been noted in scientific literature.

In regards to ticks, Bellini’s data suggests modes of pathogen-tick manipulation may include physiological changes, tolerance to extreme temperatures, and enhanced survivability, among others. Here, we’ll take a look at some of the key highlights of Benelli’s research, a wealth of further insights into tick behavior that could be a crucial factor in helping to curtail the bugs’ proliferation and their ability to spread chronic illnesses.

Borrelia is the bacteria implicated in Lyme disease. In the United States, Borrelia burgdorferi is the species that’s found in black-legged ticks (Ixodes scapularis) or deer ticks. However, in Europe, the predominant Lyme disease-carrying tick is the castor bean tick (Ixodes ricinus). 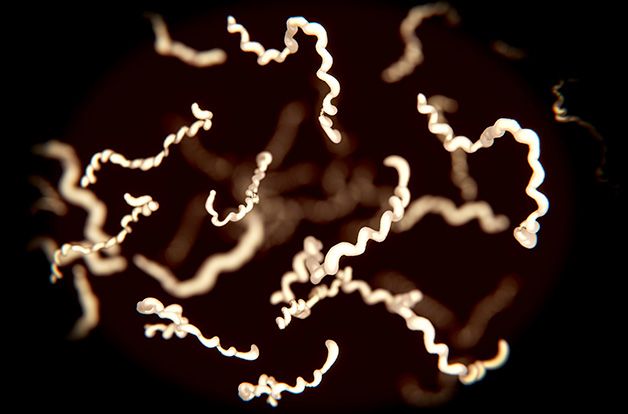 Borrelia may manipulate tick behavior in both tick species, according to Bellini’s review. Here are some of his key findings:

Indeed B. burgdorferi may manipulate tick behavior in several ways, but Bellini acknowledges that further research is needed to determine how these behaviors contribute to disease and how the data can be used to slow the spread of ticks and prevent the transmission of Lyme disease.

All ticks, including the black-legged tick, carry multiple disease-causing microbes known as coinfections. One such microbe is Anaplasma phagocytophilum, previously called human granulocytic ehrlichiosis (HGE). When a tick is infected with A. phagocytophilum, it may demonstrate behavioral changes that influence survival, questing, and feeding. 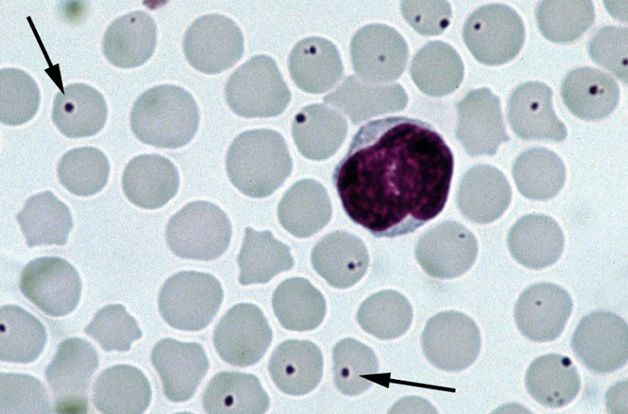 The following three are important points to note from Bellini’s research:

The relationship between A. phagocytophilum and tick manipulation is a better-researched interaction than that of other ticks and pathogens. The mechanisms by which A. phagocytophilum alters the behavior of the tick are more apparent in terms of how it augments tick reproduction and survivability. However, when it comes to other species of Anaplasma that may impact humans or animals, more research is needed.

Babesia is a distant cousin of malaria and a less virulent microbe, comparatively. Babesia may occur in up to 40% of people infected with Lyme disease, indicates a report in Trends in Parasitology, making it a relatively common coinfection. The species of Babesia that are most likely to pose a disease risk to humans are Babesia microti, Babesia divergins, and Babesia ducani (WA-1). 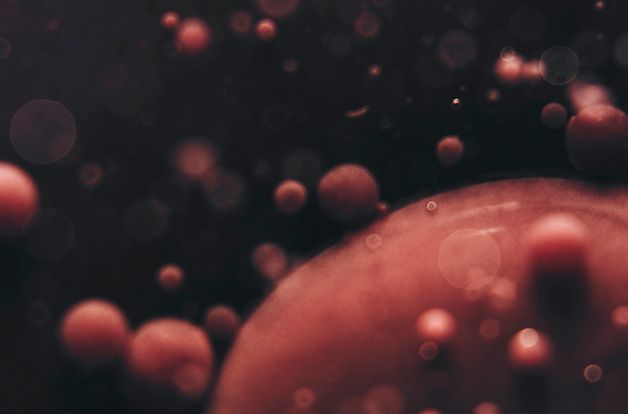 Regarding Benelli’s review, only a few studies have looked at the effects Babesia may have on tick behavior, but he noted the following:

At present, the research on Babesia species and their ability to manipulate tick behavior is scant. The processes that encourage feeding, development, and the survival of ticks infected with Babesia have yet to be determined. 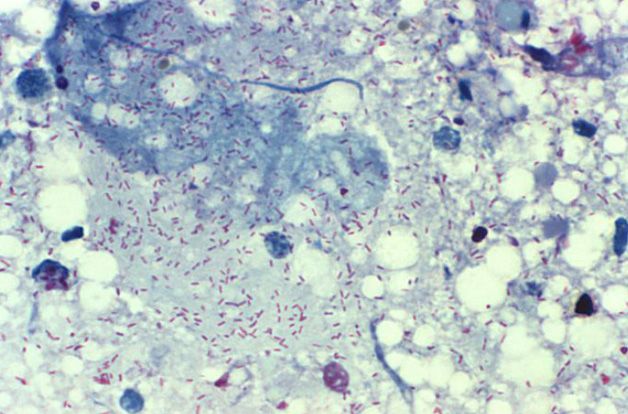 Although Bartonella, a common coinfection found in people with Lyme, and Rickettsia, a highly virulent and life-threatening microbe, can pose serious health risks to humans, little is known about the behavioral changes these infections may have on tick behavior. A few points worthy of consideration include:

Like Babesia, the research on Bartonella- and Rickettsia-infected ticks is minimal. However, because annual incidences are on the rise, continued investigation in this area has the potential to bring about crucial information for the benefit of public health.

Tick-borne encephalitis (TBEV) is a viral infection spread through the bite of an infected tick. The virus resides throughout Europe and Asia, according to the CDC, making the infection relatively unknown in the U.S. 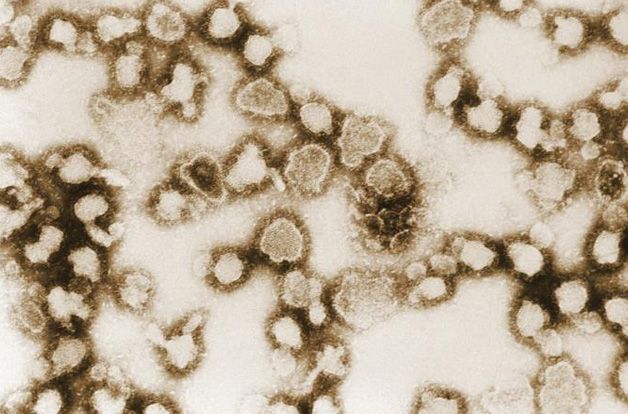 Between 20% and 30% of people who acquire the infection develop symptoms that affect the nervous system. Evidence for two hypotheses suggest the virus can manipulate tick behavior in the following ways:

In general, ticks infected with TBEV demonstrated enhanced tick mobility, including walking speed and duration, and a proclivity toward higher questing heights. These changes may lead to greater outcomes when it comes to tick and microbe survivability.

Putting It All Together

There’s no doubt that’s an incredible amount of information to take it in. But this valuable data sets the stage for the urgent need for ongoing research when it comes to understanding how pathogens affect and modify tick behavior.

There is a wide array of tick species worldwide, and countless disease-causing pathogens that pose a threat to human health. Tracking behavioral changes in infected and non-infected ticks could one day lead to positive, new developments for halting the spread of tick-borne diseases.

In the meantime, your best bet is to practice good tick-prevention strategies like doing regular tick checks when coming in from the outdoors, wearing permethrin-treating shoes and clothing, and promptly removing attached ticks with a pair of fine-pointed tweezers.

There’s a link between T. Gondii (Toxoplasmosis) and risky behavior as well as schizophrenia:  https://madisonarealymesupportgroup.com/2018/08/01/risky-business-linking-t-gondii-entrepreneurship-behaviors/

Parasites are a whole new fantastical frontier. I’ll never forget this information on how parasites affect human behavior by Dr. Klinghardt, which I found here:  http://www.betterhealthguy.com/a-deep-look-beyond-lyme

It only follows that parasites will affect tick behavior as well.

Denmark Success With COVID With No Lockdown Or Masks. Tells Citizens the Truth About HCQ

Open Letter From Medical Doctors and Health Professionals to All Belgian Authorities & Media: There is no Medical Justification for Any Emergency Policy Anymore