Lyme in the South: 4 Kids Infected at 1 Camp

LYME DISEASE IN THE SOUTH: 4 CHILDREN INFECTED AT ONE CAMP 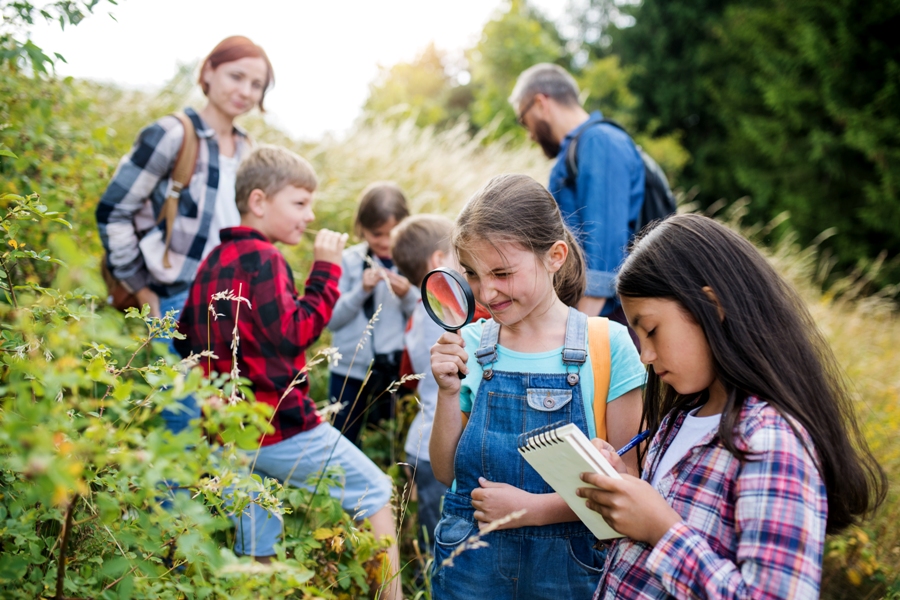 Some doctors have questioned the existence of Lyme disease in the south, but in their “Morbidity and Mortality Weekly Report,” published January 2020, the Centers for Disease Control and Prevention (CDC) describe 4 cases of Lyme disease in young children who attended a wilderness day camp in North Carolina. [1]

The number of tick-borne diseases, including Lyme, has been steadily rising in the South as tick populations expand into new territories. One study reports, “The trends in these data paint a clear picture of southward expansion of Lyme disease.” As a result, communities once considered non-endemic for Lyme disease will be at risk, including those in the south, the study warns. [2]

The CDC recently reported several children infected with Lyme disease at a single camp, located in the south. The children, who were between the ages of 6 and 8, attended the wilderness day camp at least 1 day a week in the Fall and Spring. Three of the four children were homeschooled but attended the camp. Three children had ticks removed.

“Further investigation identified an earlier camp participant who had received a diagnosis of Lyme disease in 2017,” the authors explain.

Out of 35 ticks tested, 6 were positive for B. burgdorferi sensu stricto, the causative agent of Lyme disease.

“Results indicated that nymphal ticks collected at the campsite had a B. burgdorferi infection prevalence of 17%,” the authors write.

Additionally, 1 of the 6 ticks tested positive for Borrelia miyamotoi.

None of the ticks tested positive for the pathogens responsible for Anaplasmosis or Babesia microti.

In 3 of the 4 children, blood tests confirmed a Lyme disease diagnosis. Two of the children had an erythema migrans (bull’s eye) rash. One was considered probable because the test was positive by ELISA and IgM Western blot but not IgG Western blot.

All were treated with doxycycline. The authors did not indicate how long they treated the young children or the outcome of treatment.

“Clinicians should be aware of the risk for transmission of Lyme disease in North Carolina and consider recommended diagnostic testing and treatment.”

Other studies have also identified ticks infected with the causative agent of Lyme disease in the south. One study reports, “The trends in these data paint a clear picture of southward expansion of Lyme disease.” As a result, communities once considered non-endemic for Lyme disease will be at risk, including the southeastern United States, the study warns. [2]

Editor’s note: I hope this cluster of cases in children attending a single camp in North Carolina will remind doctors of the tick-borne problems in the Southeastern USA.

Kentucky is swarming with deer ticks: over 50% of counties infested

Lyme disease still is not recognized for the pandemic it truly is. This study demonstrates how authorities are still hanging on to ancient data that never was accurate to begin with.

Comments Off on Lyme in the South: 4 Kids Infected at 1 Camp