Summary: Inflammation appears to have a negative impact on attention and cognition.

An estimated 12M UK citizens have a chronic medical condition, and many of them report severe mental fatigue that they characterize as ‘sluggishness’ or ‘brain fog’. This condition is often as debilitating as the disease itself.

A team in the University’s Centre for Human Brain Health investigated the link between this mental fog and inflammation – the body’s response to illness. In a study published in Neuroimage, they show that inflammation appears to have a particular negative impact on the brain’s readiness to reach and maintain an alert state.

Dr Ali Mazaheri and Professor Jane Raymond of the University’s Centre for Human Brain Health, are the senior authors of the study. Dr Mazaheri says:

“Scientists have long suspected a link between inflammation and cognition, but it is very difficult to be clear about the cause and effect. For example, people living with a medical condition or being very overweight might complain of cognitive impairment, but it’s hard to tell if that’s due to the inflammation associated with these conditions or if there are other reasons.”

“Our research has identified a specific critical process within the brain that is clearly affected when inflammation is present.”

The study focussed specifically on an area of the brain which is responsible for visual attention. A group of 20 young male volunteers took part and received a salmonella typhoid vaccine that causes temporary inflammation but has few other side effects. They were tested for cognitive responses to simple images on a computer screen a few hours after the injection so that their ability to control attention could be measured. Brain activity was measured while they performed the attention tests.

On a different day, either before or after, they received an injection with water (a placebo) and did the same attention tests. On each test day, they were unaware of which injection they had received. Their inflammation state was measured by analyzing blood taken on each day.

The tests used in the study assessed three separate attention processes, each involving distinct parts of the brain. These processes are: “alerting” which involves reaching and maintaining an alert state; “orienting” which involves selecting and prioritizing useful sensory information; and “executive control” used to resolving what to pay attention to when available information is conflicting.

The results showed that inflammation specifically affected brain activity related to staying alert, while the other attention processes appeared unaffected by inflammation.

“These results show quite clearly that there’s a very specific part of the brain network that’s affected by inflammation,” says Dr Mazaheri. “This could explain ‘brain fog’.”

“This research finding is a major step forward in understanding the links between physical, cognitive, and mental health and tells us that even the mildest of illnesses may reduce alertness.”

Dr Leonie Balter the first author of the study which was completed as part of her PhD, concluded:

“Getting a better understanding of the relationships between inflammation and brain function will help us investigate other ways to treat some of these conditions. For example, further research might show that patients with conditions associated with chronic inflammation, such as obesity, kidney disease or Alzheimer’s, could benefit from taking anti-inflammatory drugs to help preserve or improve cognitive function.”

“Furthermore, subtle changes in brain function may be used as an early marker cognitive deterioration in patients with inflammatory diseases.”

The next step for the team will be to test the effects of inflammation on other areas of brain function such as memory.

ABOUT THIS NEUROSCIENCE RESEARCH ARTICLE

Another supplement I’ve taken for years is melatonin, which according to Dr. Mercola, also reduces inflammation and is neuroprotective by strengthening the blood-brain barrier.

Melatonin Has Anti-Inflammatory and Metabolic Effects 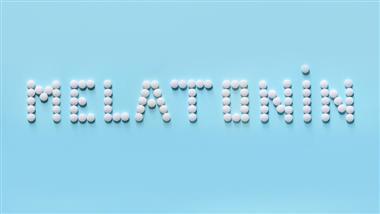 Your body is a complex organism requiring quality sleep to function optimally. Your body’s circadian rhythms are a combination of biological clocks regulating everything from your metabolism to psychological functioning. One sure way to cause dysregulation of your biological clock is to skimp on sleep.

Although you have a master clock in your brain to synchronize bodily functions, every organ and cell has its own biological clock as well. In a stunning discovery published in 2017, researchers found half your genes are controlled by circadian rhythms that turn them on and off in a cyclical wave.

The whole-body circadian rhythm is largely dictated by your pineal gland, which is responsible for secreting melatonin or N-acetyl-5-methoxytryptamine. This hormone normalizes your circadian rhythm as it signals your body it’s time for sleep. The production of melatonin will depend on how much and when your body absorbs light.

The gland is located near the center of your brain and usually starts secreting melatonin near 9 p.m. Without an adequate amount of sleep and exposure to sunlight, your levels will naturally drop. Researchers have found an association between melatonin and rising levels of inflammation.

In a combined effort, scientists from universities in Brazil and Italy1 sought to identify the role melatonin may have in improving disorders commonly found in those who are obese. The researchers used mice who were induced to become obese and treated them for 10 weeks with melatonin.

The objective was to determine if the hormone could effectively delay or block the damage from eating too much. The researchers found multiple results supporting their theory that melatonin supplementation could have a significant effect on the animals, including reducing triglyceride levels and total and LDL cholesterol levels.

They also found that supplementation prevented larger weight gain by reducing the formation of fat tissue and increasing the capacity to break down white fat. This combination of effects helped to prevent the hypertrophy of fat cells caused by excessive eating.

Additionally, the researchers noted the supplementation reduced a characteristic inflammatory process found in obese subjects where macrophages infiltrate adipose tissue. The mice also experienced a reduction in inflammatory related factors through a decrease in gene expression.

The researchers believe the data suggest that melatonin could be considered as a therapeutic agent to help mitigate the metabolic and inflammatory conditions triggered in those who are obese.

The Importance of Melatonin to Sleep/Wake Cycles

As with many hormones and chemicals in the body, melatonin has more than one function. The best known role it plays is in controlling your sleep/wake cycle. This well-publicized function may be due to the fact that sleep plays a significant role in your overall physical and mental health.

An estimated 40% of Americans are sleep deprived every day, with many people getting less than 5 hours of sleep per night. Millions struggle to fall asleep and others find it challenging to stay asleep. Some wake up too early in the morning.

There are a number of hazards associated with sleep deprivation; you can read about these in my past article, “Nobel Prize-Winning Science Highlights Importance of Good Sleep for Health.”

Melatonin is a marker your body uses to influence what time of day or night it thinks it is. This happens regardless of the actual time. During a normal night of sleep, levels stay elevated for about 12 hours. As the sun rises, the pineal gland reduces production until the level in your blood is hardly measurable.

If you experience disruption to your circadian rhythms, your body will produce less melatonin and you will experience poor quality sleep. This can happen to those who work the night shift, have jet lag or are exposed to light during the night.

A deficiency in this hormone may come with profound biological risks, such as potentially having higher levels of inflammation, a weaker immune system and an increased chance of developing cancer. The hormone interacts with receptor proteins that help control the different stages of sleep and are present in other organs and immune cells.2,3

Additionally, melatonin is a potent antioxidant that can raise the levels of other antioxidants, such as glutathione. Melatonin plays a role in the health and survival of mitochondria,4 your body’s powerhouse, where energy production takes place at a cellular level.

Melatonin has shown some promise for pain control in those suffering from endometriosis. In one study,5 10 mg per day decreased pain by 39.8% and dysmenorrhea by 38.01%. Topical application may help prevent sunburn,6 while oral supplementation was 150 times more effective at treating tinnitus as compared to other drugs. Melatonin may also play a protective role in:7

It makes sense to engage in simple habits to increase your natural production and improve your overall health and sleep without adding supplements. Four simple strategies include:

• Sunshine during the morning — Melatonin is affected by your exposure to light and dark. When it’s light, production of melatonin naturally drops. Getting at least 15 minutes of sunlight in the morning hours helps to regulate the production of melatonin, dropping it to normal daytime levels, so you feel awake during the day and sleep better at night.

• Sleep in the dark — Your body produces and secretes melatonin in the dark, helping you to go to sleep and stay asleep. Sleeping in a completely darkened room, without lights from alarm clocks, televisions or other sources will improve your sleep quality.

If you get up during the night to use the bathroom, it’s important to keep the lights off so you don’t shut off your production of melatonin. Also, wear blue-light blocking glasses after sunset to avoid blue-light exposure.

The beneficial effects associated with melatonin suggest it may primarily have a function as an antioxidant. In speaking with Time magazine, Helen Burgess, co-director of the Sleep and Circadian Research Laboratory at the University of Michigan, said:8

The authors of past studies have associated a deficiency in melatonin with obesity. It also may address inflammation, as supplementation has been associated with lowering oxidative stress and regulating adipokines involved in the inflammatory process. While believed to be relatively safe for up to 18 months, the long-term effects are largely unknown.

Possible negative interactions have been suggested for those with epilepsy or those taking Warfarin, a blood thinner. Melatonin is sometimes used in children to benefit those with sleep disorders, but long-term effects in children are also unknown. There has been some research suggesting that using melatonin during puberty may interfere with natural production of the hormone.

Researchers leading one study cautioned that supplementation should be limited in those with attention deficit hyperactivity disorder. They suggest considering the supplement only for those who also have chronic insomnia. It’s crucial to remember that melatonin is a hormone, and long-term supplementation with hormones can have unknown effects on the body.

In addition to the strategies listed above to boost your natural production, you may benefit from sleep habits information in my past article, “Top 33 Tips to Optimize Your Sleep Routine.”

Comments Off on Link Between Inflammation & Mental Sluggishness Shown & How MSM, Systemic Enzymes, and Melatonin Can Help

Want to Solve the Lyme Wars? How About An Accurate Test?