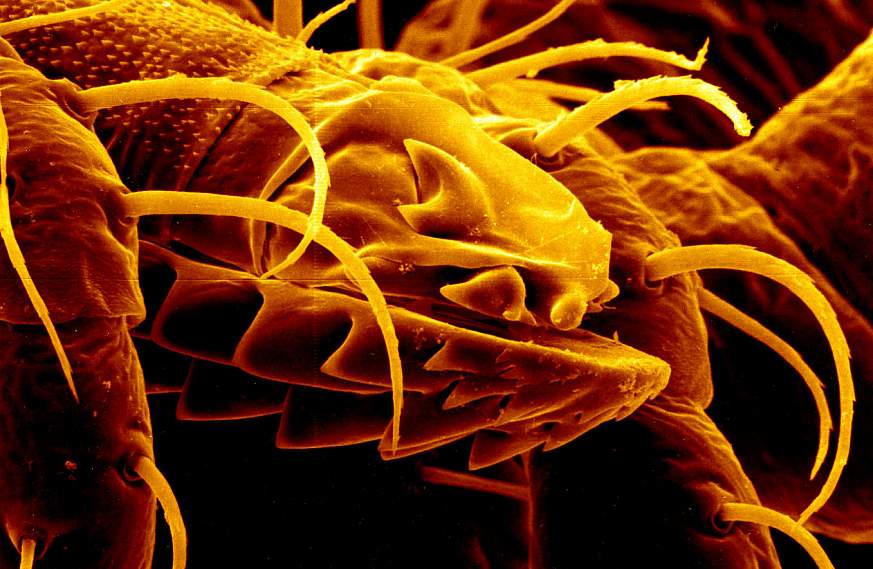 This image shows how the design of the mouth makes ticks generally difficult to remove once they’ve attached for a blood meal.NIAID
NEWS RELEASE

The incidence of reported cases of tickborne diseases in the United States has significantly increased in recent years. It is expected to continue to grow as tick species expand their geographical reach and new tick-transmitted pathogens emerge, raising the potential for serious human illness and death. A new strategic research plan from the National Institutes of Health aims to build on — and accelerate — new and existing research initiatives to improve scientific understanding of ticks and the pathogens they may transmit and to develop the necessary tools and strategies to better diagnose, prevent and treat tickborne diseases.

According to the U.S. Centers for Disease Control and Prevention, 59,349 cases of tickborne disease were reported in 2017 compared to 48,610 cases in 2016. Lyme disease accounted for the bulk (82%) of the cases. Recent CDC estimates suggest that Lyme disease is underreported and that the true incidence is likely 10 times higher. At least 20 different disease-causing bacteria, viruses and parasites are known to be transmitted from ticks to people. Depending on the disease, patients can experience symptoms that range from mild infections that resolve on their own to serious illness, extended disability, or death.

Many tickborne diseases have been discovered only recently. For example, in 2009, scientists reported a red-meat allergy, known as “alpha gal syndrome.” Growing evidence suggests that this reaction may be associated with the bite of a tick,  but further research is needed to understand this connection. Newly identified tick-transmitted pathogens continue to be reported, raising concerns about missed diagnoses, inadequate treatment, and knowledge gaps related to tickborne diseases.

The new NIH Strategic Plan for Tickborne Disease Research focuses on five scientific priorities for advancing research and development over the next five years.

NIH intends to expand collaborations across its institutes and centers to promote a multidisciplinary approach to tickborne disease research, answer complex biological questions and encourage the application of state-of-the-art technologies used successfully in a range of scientific disciplines.

The new NIH strategic plan builds on the activities of the Department of Health and Human Services Tick-Borne Diseases Working Group, which issued a 2018 report to Congress outlining research recommendations. NIH sought input from the research and medical communities, patient advocacy groups, pharmaceutical industry, and the general public in developing this strategic plan.

NIAID conducts and supports research — at NIH, throughout the United States, and worldwide — to study the causes of infectious and immune-mediated diseases, and to develop better means of preventing, diagnosing and treating these illnesses. News releases, fact sheets and other NIAID-related materials are available on the NIAID website.

About the National Institutes of Health (NIH): NIH, the nation’s medical research agency, includes 27 Institutes and Centers and is a component of the U.S. Department of Health and Human Services. NIH is the primary federal agency conducting and supporting basic, clinical, and translational medical research, and is investigating the causes, treatments, and cures for both common and rare diseases. For more information about NIH and its programs, visit www.nih.gov.

I had to read this about twice in disbelief.  I just hope it’s all true. Remember, these are the people that for 40 years have told us it’s “all in your head,” and to just take an anti-depressant.